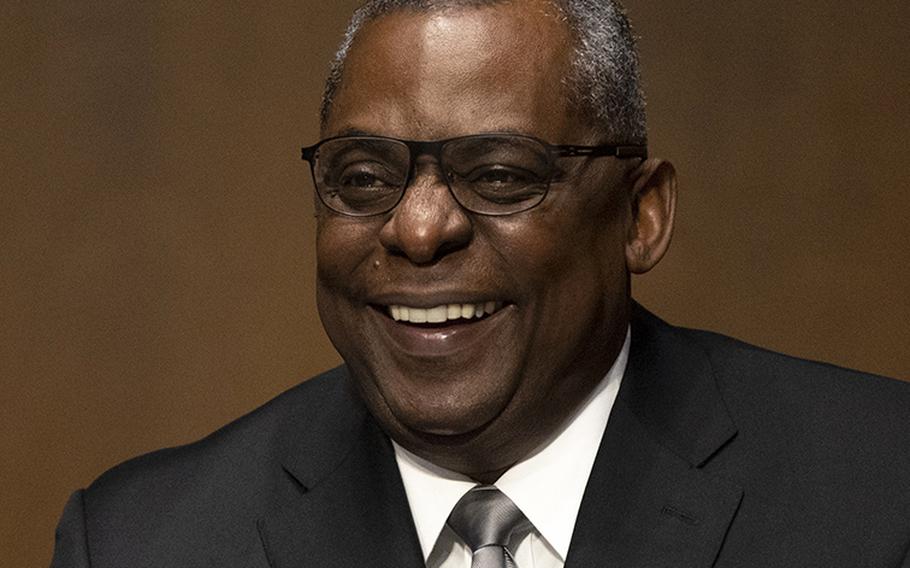 TOKYO – New Defense Secretary Lloyd Austin has made his first official phone calls to counterparts in Japan and South Korea, according to a pair of Pentagon statements issued over the weekend.

The discussions took place Saturday, the day after the retired four-star Army general was sworn in as the United States’ 28th defense chief and the first Black man to serve in that role.

While neither statement mentioned China or North Korea by name, both said Austin addressed a broad range of defense and security issues in the Indo-Pacific region, including in the South and East China Seas, which Beijing views as its territory. The U.S. considers those areas to be international waters, and the Navy and Air Force frequently carry out freedom-of-navigation operations there.

In his conversation with Japanese Defense Minister Nobuo Kishi, Austin discussed the importance of “ensuring the readiness” of the approximately 54,000 U.S. troops in Japan during the coronavirus pandemic. He also affirmed that the U.S. military would respond to any attack on the Senkakus – uninhabited islets in the East China Sea that are controlled by Japan but claimed by China and Taiwan.

Japan frequently urges China to halt incursions into Japanese waters around the Senkakus and to stop harassing fishing boats there. Last year, Chinese vessels made a record 333 trips near the islets, according to the Japan Coast Guard.

"We agreed to oppose any unilateral attempts to change the status quo in the South and East China seas," Kishi told reporters after the call with Austin, according to the Mainichi newspaper.

The defense secretaries also discussed the need to continue construction at Camp Schwab in rural, northern Okinawa, so that aircraft, including a fleet of MV-22 Osprey tiltrotors, stationed at Marine Corps Air Station Futenma can be moved there.

Schwab was chosen in 1997 as the site to replace MCAS Futenma, which is in a more populated area in the south, and eliminate residents’ safety concerns. Construction has been done in fits and starts since then, due to in part to delays imposed by prefectural leaders who aim to stop the project in favor of moving the air station off Okinawa altogether.

In his call with South Korea’s defense minister, Austin and Suh Wook reaffirmed their nations’ “ironclad” alliance and “exchanged views on the security environment on the Korean Peninsula and in the region,” the Pentagon said.

That statement, which was less detailed than the one about Austin’s call with Kishi, also said the U.S. and South Korean defense ministers “noted the need to maintain the readiness of Alliance combined forces.”

The U.S. military has had to cancel or reduce in scope many joint exercises with South Korea since former President Donald Trump met with North Korean leader Kim Jong Un and began diplomatic efforts to persuade the North to give up its nuclear weapons.

In the fall, the commander of U.S. Forces Korea, Army Gen. Robert Abrams, said the U.S. military has had to send air crews off the peninsula for live-fire training due to local disputes with South Koreans over noise and other complaints.

But he acknowledged that complaints by South Koreans who live near training facilities have caused a setback in live-fire training needed to maintain troop qualifications.kidd.aaron@stripes.com Twitter: @kiddaaron