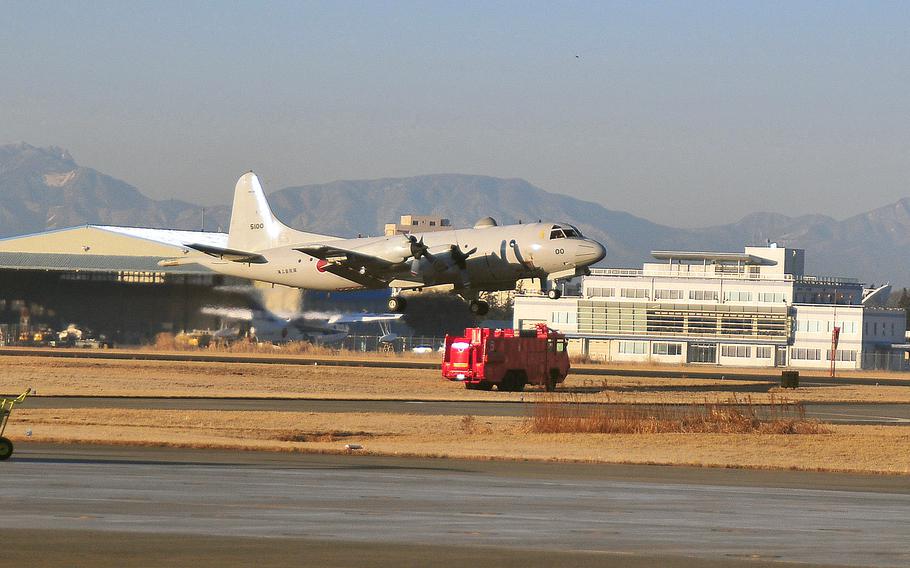 YOKOTA AIR BASE, Japan — Residents living near Naval Air Facility Atsugi are pressing on with legal efforts to ban U.S. aircraft from the base.

Last month, a Yokohama District Court ruled that the Japanese government must pay $70 million to residents near the base as compensation for aircraft noise.

The court also barred Japan Self-Defense Forces aircraft from flying between 10 p.m. and 6 a.m. in a ruling thought to be the first time such a ban has been imposed at the district court level.

However, the court threw out an argument made by lawyers for the case’s 7,054 plaintiffs to ban U.S. military night operations at Atsugi.

The Japanese government has appealed the ruling, which was challenged by the plaintiffs in their own appeal Tuesday, according to Kyodo News.

"U.S. military plane flights must be suspended to prevent noise," according to lawyers for the plaintiffs, quoted in the Kyodo report. The case will now go to the Tokyo High Court, the report said.