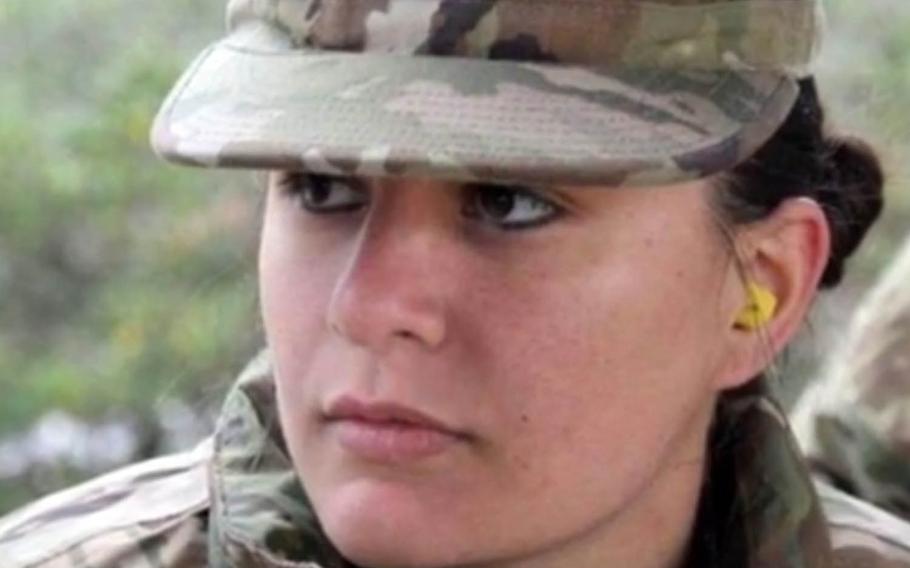 Roth’s body arrived Friday at Tampa International Airport, from where the casket was escorted to a funeral home by Patriot Guard Riders with the Tampa Bay Area Cruisers.

U.S. Army Criminal Investigation Command is investigating the death as a homicide. A soldier was taken into custody by military police hours after Roth’s body was discovered.

The Army has not released the name of the soldier in custody nor any details on the relationship between the soldier and Roth.

The Army described Roth in a January statement as an “Army spouse” but did not identify her husband.

In November, Roth set up an account on the GoFundMe crowdfunding site asking for help in moving her three dogs to the mainland because of the divorce.

Roth’s sister, Aubrey Rangel, said in an email Friday that the death has been “immensely painful to my whole family.” She declined an interview request, citing the ongoing investigation.

Rangel is seeking to raise $20,000 for funeral costs at GoFundMe on behalf of the family, and donors had given $3,455 as of Monday.

Roth was an “avid supporter of animal rescue” and “a generous spirit and provided for anyone in need in her community, according to the obituary provided by Rangel.

Roth received an associate of arts degree while still in high school, from which she graduated Phi Theta Kappa.

She was active in numerous sports and had earned the title of concert mistress of the Hernando County Youth Orchestra in the Florida community in which she was raised, the obituary said.

“The thing that she loved the most was her daughter Nemea,” the obituary said.

“During her time in the service, she was awarded the National Defense Service Medal, Global War on Terrorism Service Medal, and the Army Service Ribbon,” the obituary said.