Army revamping how it positions, maneuvers global force as it faces an assertive China 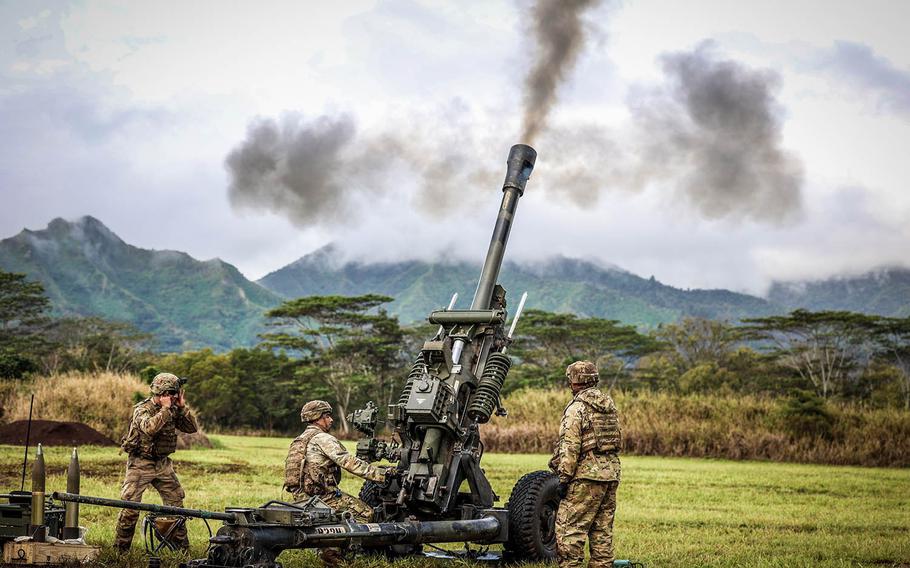 The U.S. Army will transform over the next 14 years into a multidomain power capable of operating as an “inside force” within an adversary’s defensive zones, according to a strategy paper released Tuesday by the service.

“Army Multi-Domain Transformation: Ready to Win in Competition and Conflict” outlines in declassified form how and why the service plans to transform into a force “able to dominate adversaries in sustained large-scale combat operations by 2035,” the Army said in news release.

“The United States Army faces an inflection point that requires innovation, creativity, and entrepreneurship in the application of combat power,” Gen. James McConville, the Army’s chief of staff, wrote in the paper’s preface.

“This bold transformation will provide the Joint Force with the range, speed, and convergence of cutting edge technologies that will be needed to provide future decision dominance and overmatch required to win the next fight.”

The transformation affects the Army worldwide, but the paper regards the Indo-Pacific region as the most imminent challenge.

“China and Russia continue to challenge the rules-based international order,” it said.

“Both have become increasingly more assertive in an effort to advance their agendas, aimed at supplanting the U.S. globally. By 2040 China and Russia will have weaponized all instruments of national power to undermine the collective wills of the United States, Allies, and partners, while simultaneously cultivating their own security partnerships.”

Core to the Army transformation is a fundamental change in how pre-conflict “theater architecture” is established, which enables the Army, Navy, Marine Corps and Air Force to operate as a joint force.

The Army will establish “resilient webs of communication, protection, and sustainment” through new approaches in posturing units, equipment and personnel “to rapidly close with our enemies in the first battle and win from the outset,” the paper said.

“The Joint Force must move away from synchronizing sustainment using archaic structures that are time and manpower intensive,” the paper said. “By 2035, sustainment nodes will be survivable and capable of rapidly moving logistics to enable the Joint Force.”

The Army’s “inside” land-based force will “maneuver rapidly, aggregating and dispersing as required” as a “low-signature” force, the paper said.

Units will have broad fronts and rarely secured flanks as they engage in “compartmented” battles without the benefit of air and naval superiority, the paper said.

By 2028, the Army intends to have moved soldiers to and among the various theaters “to ensure that the right forces are in the right place at the right time to meet the requirements of joint force commanders, the paper said

The Army has been developing its multidomain operations concept in recent years, validating it through joint exercises.

“Many of these wargames have revealed the utility of ‘inside forces’ postured before conflict begins,” the paper said.