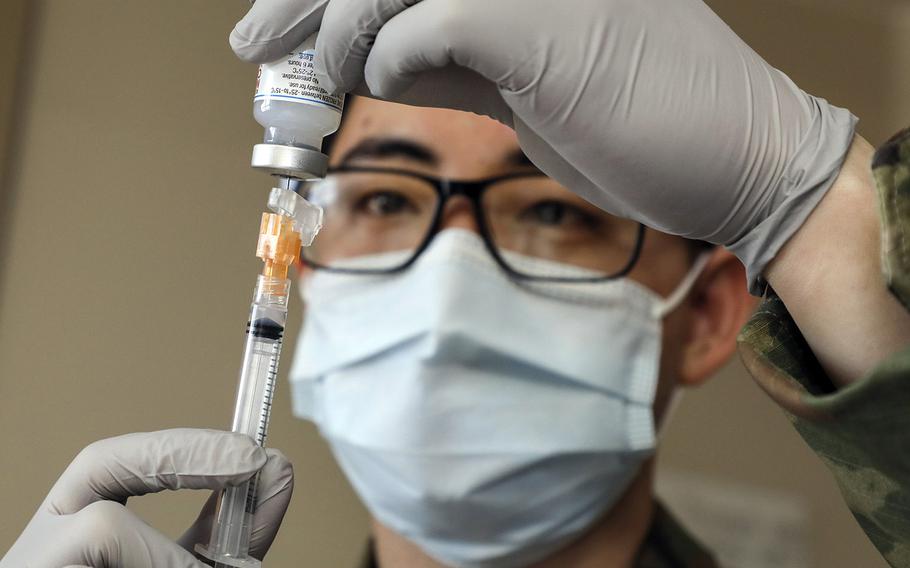 Coronavirus clusters at the U.S. Army’s largest installation in South Korea and at its former headquarters in Seoul are forcing personnel to “shelter in place” throughout the long holiday weekend.

The order, announced at 6 a.m. Saturday on U.S. Forces Korea’s official Facebook page, went into effect immediately for those stationed at Camp Humphreys — headquarters for USFK, Eighth Army and the 2nd Infantry Division — and Yongsan Garrison, 55 miles to the north. It expires at 11:59 p.m. Tuesday.

“USFK defines ‘shelter in place’ as remaining at your residence – including other occupants or residents – except for life, health, safety and essential services to include food and medicine purchases,” the announcement said.

The order bans “bubble-to-bubble” travel between Humphreys and Yongsan or any other USFK installation until further notice, though “mission critical individuals” can be granted an exception by their command.

The Army’s move comes less than 24 hours after it told people at those installations to restrict their movements “to mission critical-duties only” while public health tracers ran down possible coronavirus patients.

Humphreys commander Col. Mike Tremblay said in a video message Friday that the order stemmed from a “very complex” case of contact tracing.

“If you don’t have to be here, do not be here,” he said in a separate video Thursday evening. “We’re going to go to ground; we’re going to figure this out.”

Late Thursday, U.S. Forces Korea in a Facebook post reported five individuals at Yongsan with the virus, on top of seven it confirmed earlier in the day. The second group included someone who split time between Yongsan and Humphreys.

USFK has reported 19 new infections at Yongsan between Jan. 5 and Thursday. It provided no further information about the five late Thursday. Of the remaining 14, four are Defense Department employees, six are contractors, two are spouses, one is a dependent and one is a South Korean taxi driver.