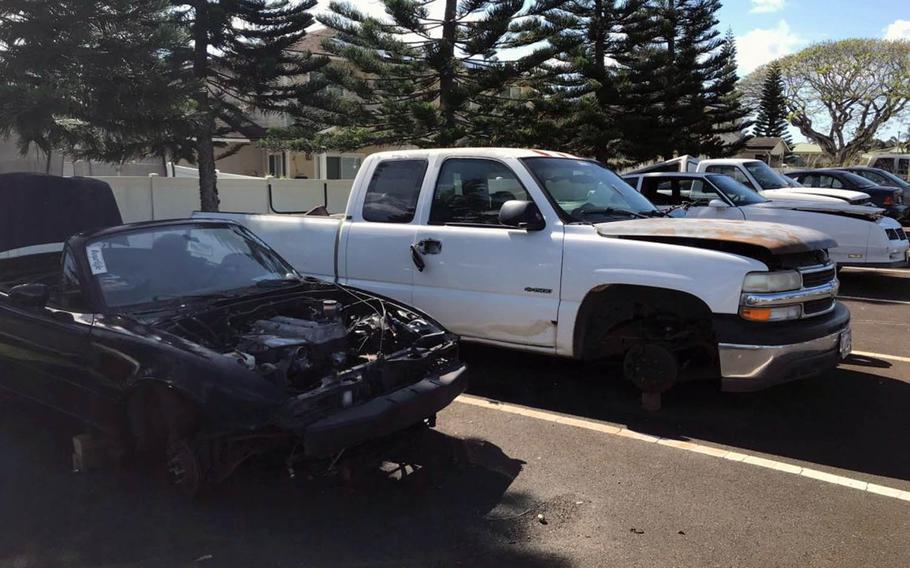 The Army is tackling the problem of abandoned vehicles on Oahu, Hawaii, by launching a system requiring personnel to register the vehicles they drive onto bases. (U.S. Army)

FORT SHAFTER, Hawaii — All Army installations on Oahu Island will now require soldiers, civilian employees and their family members to register vehicles they drive onto bases, a policy aimed at reducing the number of them abandoned on installations.

“Effective immediately, all personnel gaining access to the post will need to register their vehicle,” he said. “This will help to decrease the number of abandoned vehicles that we have in our community.

“Our military police and security guards will start to enforce this new policy starting May 1,” he said.

The policy affects Schofield Barracks, Wheeler Army Airfield, Fort Shafter and all housing owned or managed by the Army.

The policy will have little effect on base visitors because they are already required to register vehicles when requesting a pass.

Abandoned vehicles have long been a chronic problem on Oahu, both on military installations and public streets. Army Garrison Hawaii devotes a webpage to the problem, describing abandoned vehicles as “a major issue here in Hawaii.”

Dumping a vehicle in Hawaii is a crime, and active-duty soldiers would face prosecution under the Uniform Code of Military Justice, the page said.

Any soldier out-processing from an Army installation will be required to show proof of “shipping, selling or disposal” of registered vehicles, Oliver said.

The city and county of Honolulu typically removes 2,000 to 3,000 abandoned cars from city streets each year.

Honolulu began offering disposal of junked cars for free several years ago in an attempt to reduce the number abandoned.