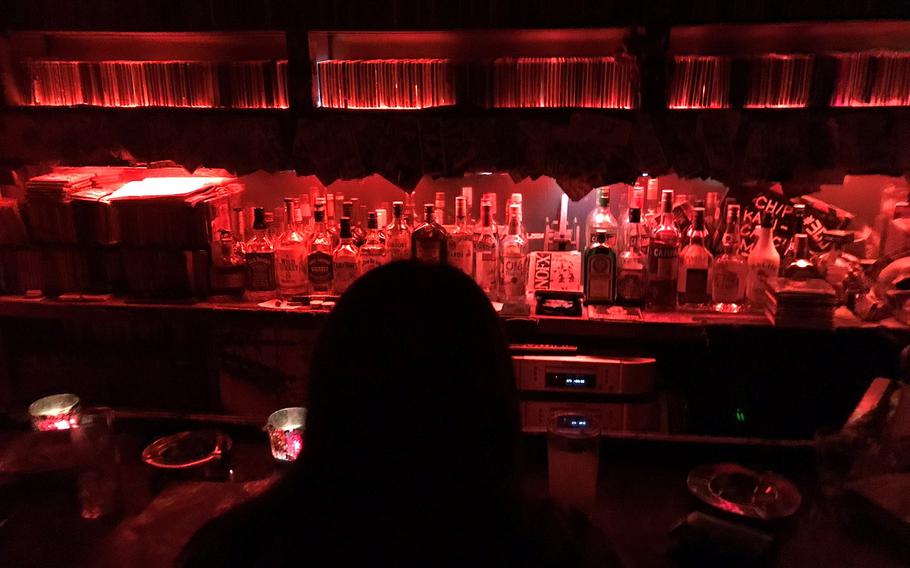 Buy Photo
A customer sits inside Rock Bar Mother in the popular Kabukicho entertainment district of central Tokyo, May 4, 2018. (Stars and Stripes)

TOKYO — Coronavirus rule breakers will face “quick and appropriate action,” the commander of U.S. Army Garrison Japan said in a video message Thursday, after people from the garrison were seen partying in off-limits parts of Tokyo.

“It seems like a few members of our team are starting to lose focus,” Col. Thomas Matelski, who oversees Camp Zama and Sagami General Depot in Kanagawa prefecture, said in his message on the garrison’s Facebook page.

U.S. Army Japan, which has been in an elevated health protection status since late February, increased its coronavirus risk level to “substantial” Thursday after discovering three new cases in its community. The Army reported five other infections earlier in the week.

Maj. Gen. Viet X. Luong, commander of U.S. Army Japan, in his own video message Thursday cited a “recent spike” in violations of coronavirus restrictions as one reason for returning to Health Protection Condition-Charlie. A record-breaking number of new cases daily in nearby Tokyo was another reason.

Luong did not elaborate on the spike in violations; Matelski omitted details but filled in some gaps in his video address to the garrison.

“Recently we have seen situations with our youth and soldiers in off-limits party areas in Tokyo,” Matelski said. “Some seem to think that rules are there to be broken. I can assure you that that is not the case.”

Central Tokyo is home to several popular entertainment and nightlife districts, including Roppongi, Shinjuku and Shibuya, that are off limits to U.S. personnel because of coronavirus concerns.

Leadership will take quick appropriate action when situations like this occur, Matelski said in his video.

Penalties can range from an immediate 14-day restriction of movement to action under the Uniform Code of Military Justice, early return to the U.S. of dependents or being banned from military facilities in Japan, he said.

“I can’t emphasize how important individual decisions are and the impact that your decisions have on others in the community,” he said.

The garrison’s elevated health protection condition means that people who live and work on its facilities are limited to traveling in an area that includes most of Kanagawa prefecture, Yamanashi prefecture and parts of Shizuoka and Tokyo prefectures, U.S. Army Japan spokesman Kevin Krejcarek said in a telephone interview Friday.

Those assigned to the garrison should only travel to nearby Yokosuka Naval Base, Naval Air Facility Atsugi and Yokota Air Base for official business, he said.