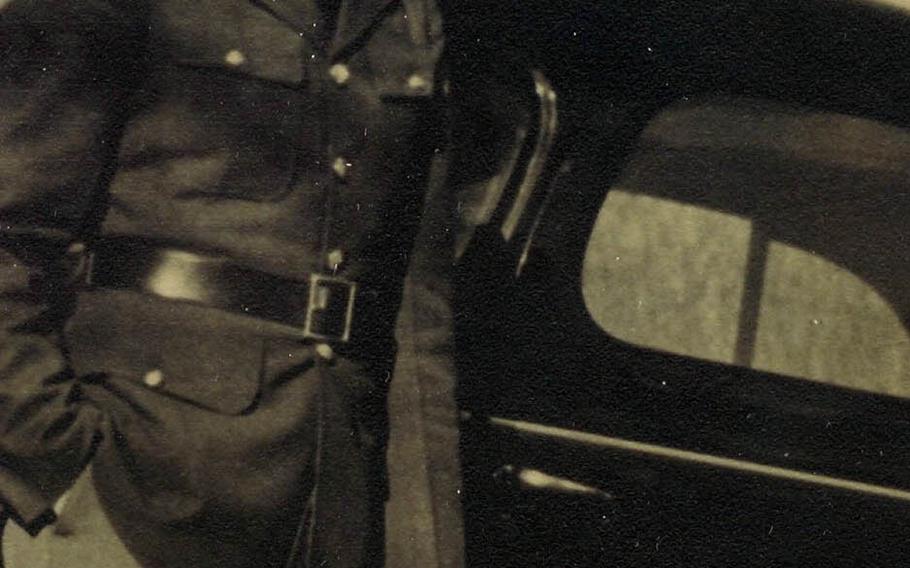 Daniel Crowley poses in his uniform in this undated photo taken before he shipped out for the Philippines in 1940. (U.S. Army)

Daniel Crowley poses in his uniform in this undated photo taken before he shipped out for the Philippines in 1940. (U.S. Army) 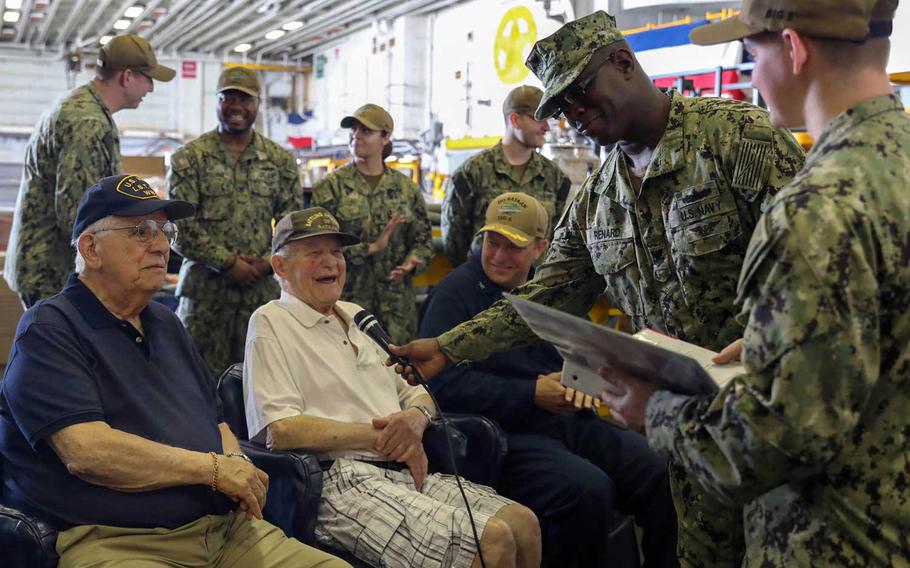 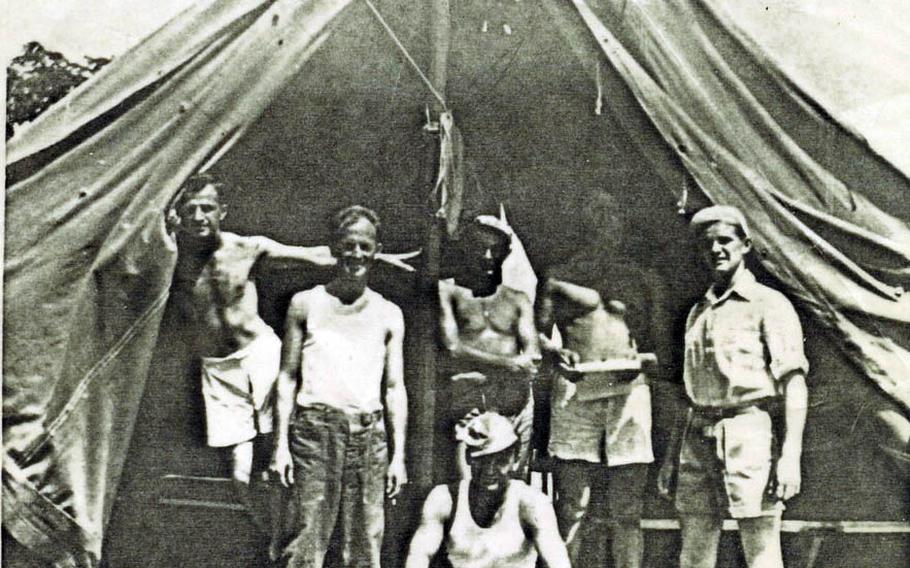 Dan Crowley, far right, stands by a tent in this undated photo taken with other service members in the Philippines during World War II. (U.S. Army)

Almost eight decades after mounting the doomed defense of the Philippines against the Japanese invasion that began December 1941, Daniel Crowley, 98, was awarded the Combat Infantryman Badge during a ceremony Monday in Connecticut.

Crowley, who subsequently suffered years of brutal slave labor as a prisoner of war in the Philippines and Japan before his release at war’s end in August 1945, also received the Prisoner of War Medal and a long-belated formal promotion to the rank of sergeant.

“The event that is happening here today is nearly 76 years late in coming,” Gregory J. Slavonic, acting undersecretary of the Navy, said during the ceremony at Bradley Air National Guard Base in East Granby, Conn., not far from where Crowley lives.

“It takes a very special person to continue to persevere through the most daunting of circumstances,” Slavonic said. “It takes a certain depth of character to put yourself in harm’s way for your fellow warriors and for your country.”

The Combat Infantryman Badge is awarded by the Army to infantrymen and Special Forces soldiers in the rank of colonel and below who fought in active ground combat.

Crowley had long been irked by the U.S. Army’s refusal to award the badge to provisional soldiers who fought on the Bataan Peninsula — a force that was vastly outnumbered and ill-equipped to repel the massive Japanese invasion.

Crowley was a member of the Provisional Army Air Corps Infantry Regiment while defending Bataan.

Maj. Gen. Edward King Jr. surrendered those troops on April 9, 1942, but Crowley and other soldiers and sailors refused to yield, swimming instead the treacherous three miles to Corregidor Island, where American and Philippine fighters of the 4th Marines Regimental Reserve fought until surrendering on May 6, 1942.

“It bothered me that I never got the badge that I should have had because it signified you were shooting back at the bastard who was trying to kill you,” Crowley told Stars and Stripes during a phone interview after the ceremony.

“You had a choice: You could shoot back at him — or her — or you could turn and hope you’d outrun the bullet,” Crowley said with a laugh.

“I thought [the medal] was a thing I deserved and should have gotten,” he said. “Lots of people who were in positions of operating desks and had never heard a gun go off — but had the right political contacts — had the badge awarded to them many years ago.”

Slavonic said during the ceremony that he had met with Crowley a while back and heard the veteran’s story of defending the Philippines, then being forced into labor on the southern Philippine island of Palawan building an airfield. As Allied forces moved closer to reclaiming the Philippines, Crowley and hundreds of other POWs were crammed aboard the infamous “hell ships” and transported to Japan.

There Crowley was forced to work in two separate copper mines, the last one 2,000 feet below the surface.

After hearing Crowley’s story — and his earnest request to finally receive the combat badge — Slavonic worked with the Secretary of the Army to research Crowley’s service history and confirm awards and promotions due him.

The research found that Crowley had been promoted to sergeant in October 1945, but he was never notified. He was honorably discharged in April 1946.

“I had no knowledge of it whatsoever,” Crowley said Monday.

Asked whether he thought it was strange to be informed of it 75 years after the fact, Crowley quipped, “Nothing is too strange in the Army.”