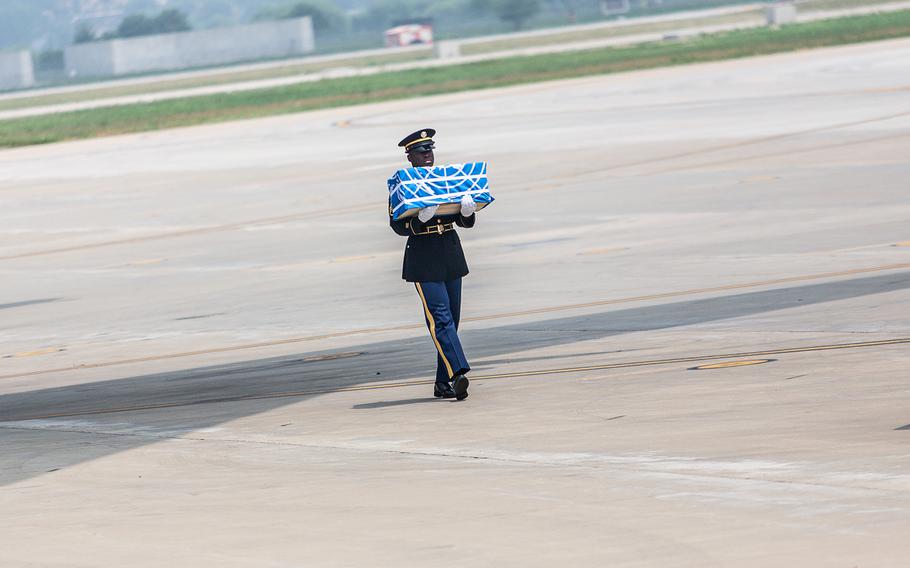 A Defense Department agency has identified a Korean War soldier whose remains were among 55 sets turned over by North Korea last year after a historic summit between President Donald Trump and Kim Jong Un.

Smith — who served with Headquarters Company, 1st Battalion, 23rd Infantry Regiment, 2nd Infantry Division — died the following January at a temporary prisoner of war camp near Pukchin-Tarigol, according to several Americans who survived the war.

In July 2018 — weeks after Trump met with the North Korean leader for the first time in Singapore — the North handed over 55 boxes purported to contain the remains of U.S. service members from the war. They were then flown to Osan Air Base, South Korea, and then to DPAA’s lab in Honolulu for identification.

At least three other U.S. service members have been identified from that repatriation.

Smith will be buried at Arlington National Cemetery, according to DPAA. The date has yet to be scheduled.

Along with others missing from the Korean War, Smith’s name appears on the Courts of the Missing at the National Memorial Cemetery of the Pacific in Honolulu, the statement said. A rosette will be placed next to his entry to show he has been found.

DPAA says more than 7,600 Americans remain unaccounted for from the Korean War, with about 5,300 lost behind enemy lines.

North Korean officials have indicated they possess as many as 200 sets of remains that have been recovered over the years, DPAA says, but a definitive number has never been confirmed.