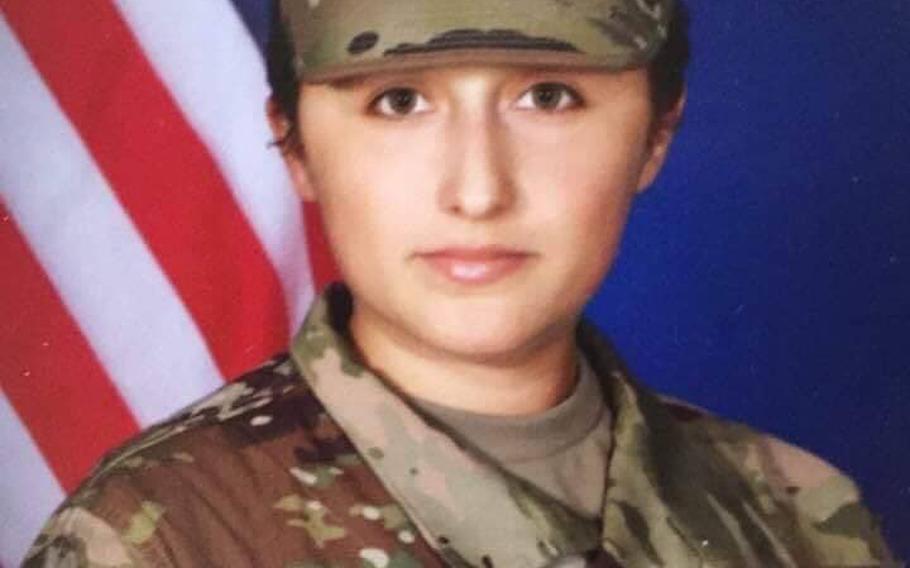 SEOUL, South Korea — A combat engineer with the 2nd Infantry Division sustainment brigade was found dead in her barracks at Camp Humphreys, the military said Tuesday. An official said coronavirus had been ruled out as the cause.

Pvt. 1st Class Marissa Jo Gloria, 25, of Moorhead, Minn., was pronounced dead at the scene by emergency medical personnel after she was found unresponsive on Saturday, according to the 2nd Infantry Division.

It said the death was under investigation. A 2nd ID spokesman, however, took the unusual step of ruling out any links to the coronavirus before the investigation was complete because of high concern over the global pandemic.

“There was no illness, and she did not present any COVID-19 related symptoms,” Lt. Col. Martyn Crighton told Stars and Stripes on Tuesday.

Gloria joined the Army from Fargo, N.D., in January 2019. She was assigned to the sustainment brigade after completing training at Fort Leonard Wood, Mo., and arrived at Camp Humphreys last April, a press release said.

“Marissa was a key member of the Jungle Cats Battalion,” he said. “We are all deeply saddened by the loss and will keep her family in our thoughts and prayers during this difficult time.”