The artic tab was redesigned in November to more closely track the arched shape and placement of tabs worn by Rangers and sappers, U.S. Army Alaska said in a recent news release. (Dana Clarke/U.S. Army )

The artic tab was redesigned in November to more closely track the arched shape and placement of tabs worn by Rangers and sappers, U.S. Army Alaska said in a recent news release. (Dana Clarke/U.S. Army ) 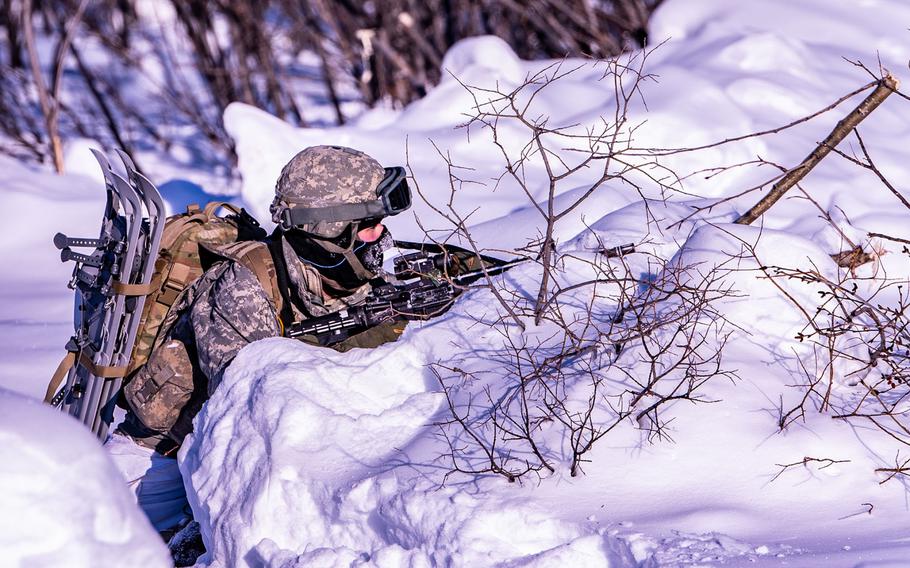 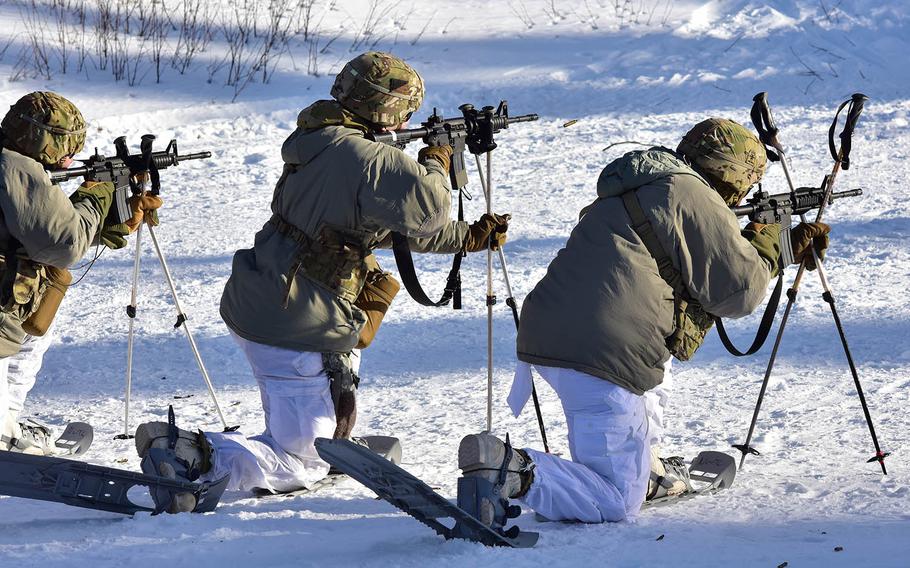 The Army is now recognizing soldiers who have earned the distinctive skill of warfighting in harsh winter conditions with a newly upgraded and repositioned arctic tab.

The tab was redesigned in November to more closely track the arched shape and placement of tabs worn by Rangers and sappers, U.S. Army Alaska said in a news release Thursday.

The tab, previously rectangular shaped, is to be worn below the unit patch.

As was the case with the tab’s previous design, soldiers earn it after completing either the Northern Warfare Training Center’s Cold Weather Leaders Course or the Cold Weather Orientation Course held at the Black Rapids Training Site. The center is managed from Fort Wainwright, Alaska.

Graduating soldiers are then qualified to implement basic, cold weather and ski training programs within their units.

The first soldiers to earn the new tab graduated in January from the Cold Weather Leaders Course, which is the hub for training units and their leaders in warfighting capabilities in cold weather and mountain operations, the news release said.

The redesigned tab got the go-ahead under a policy approved by Gen. Paul J. LaCamera, commander of U.S. Army Pacific, the news release said.

The tab is intended to convey the importance of the Army’s capacity to train and fight in an arctic environment.

“I think what makes U.S. Army Alaska and our units unique is that we are the Army’s proponent for cold weather training,” Maj. Gen. Peter B. Andrysiak Jr., commander of U.S. Army Alaska, said in the news release. “We not only live here, we thrive here, and I want to make sure the tab properly recognizes our unique expertise.”

Under the policy approved by LaCamera, soldiers assigned to U.S. Army Pacific units who are qualified for arctic operations can wear the tab at any of the command’s installations within its area of operation, the news release said. This includes major subordinate commands and units reporting directly to U.S. Army Pacific.

Soldiers on temporary duty or deployed outside the Pacific theater, however, are not authorized to wear the tab.

“As a leader, it is important I know and understand the harsh, arctic conditions and the impact it can have on Soldiers and equipment,” Capt. Robin Furrer, a recent graduate of the leader course, said in the news release. “Soldiers operate and move differently when it is minus 25 out, and our equipment does as well. So, it is important for us to have the knowledge to plan, make decisions, and adapt to these conditions.”

“From jumping into minus 100, bitter, cold, exiting the aircraft over Prudhoe Bay, to conducting live-fire exercises at minus 30 in the Donnelly Training Area, the Northern Warfare Training Center’s team of professionals ensure our Soldiers are ready to deploy, fight, and win in any arctic environment,” Dillingham said.