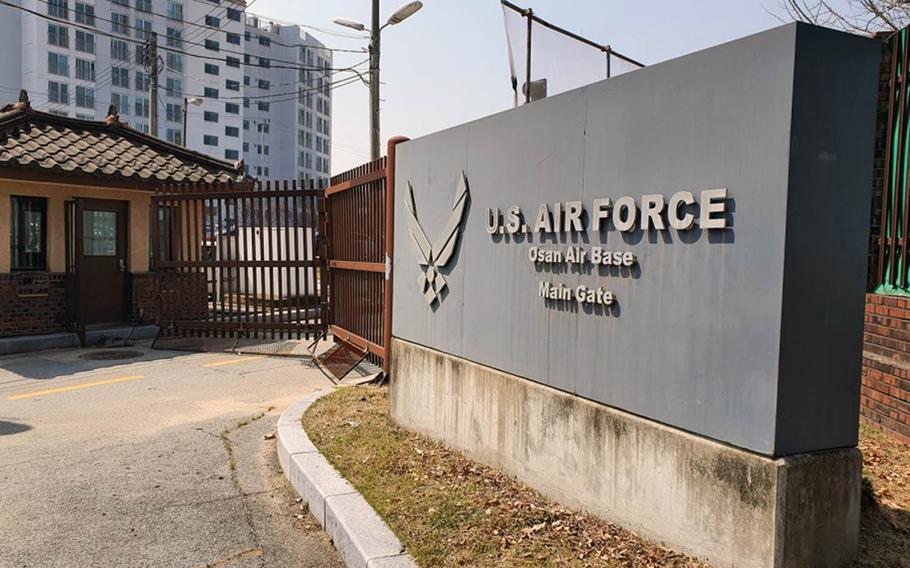 SEOUL, South Korea — An American airman has tested positive for the coronavirus after traveling from the United States to South Korea for a new assignment, the military said Monday.

The announcement raised to 31 the number of coronavirus cases affiliated with U.S. Forces Korea, including seven active-duty service members.

The airman arrived at Incheon International Airport on a commercial flight on Saturday. She was tested for the coronavirus and transported to Osan Air Base for quarantine while waiting for the results, according to procedure, USFK said in a press release.

“Since testing positive, the airman has been moved to Osan’s isolation facility designated for confirmed COVID-19 cases,” the command said.

The shuttle and quarantine room had been thoroughly cleaned, it said, adding that limited contact tracing was deemed necessary since she had been immediately quarantined.

However, it has said that all have recovered except for the airman and two American soldiers who tested positive after arriving for new assignments in South Korea last week.

“USFK continues to maintain a robust combined defense posture to protect the Republic of Korea against any threat or adversary while maintaining prudent preventive measures to protect the force,” it said.