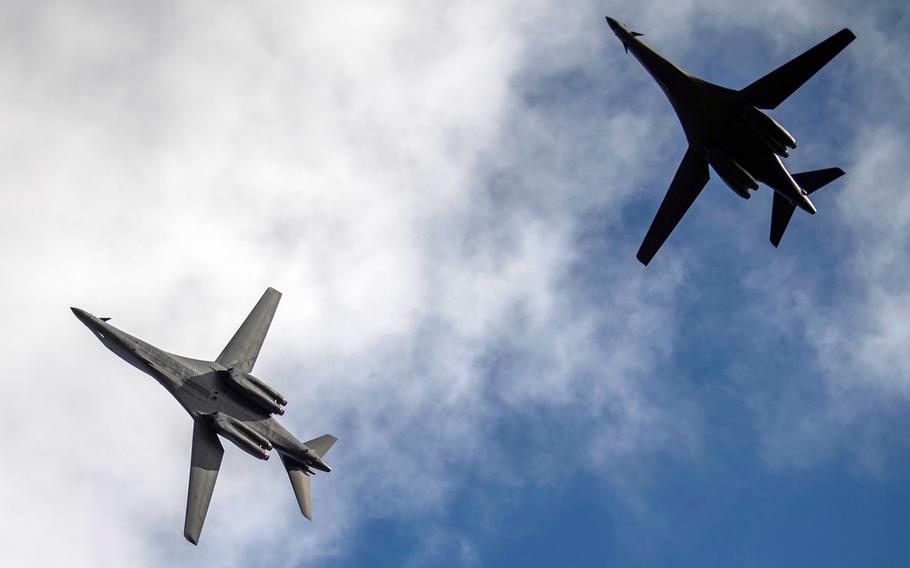 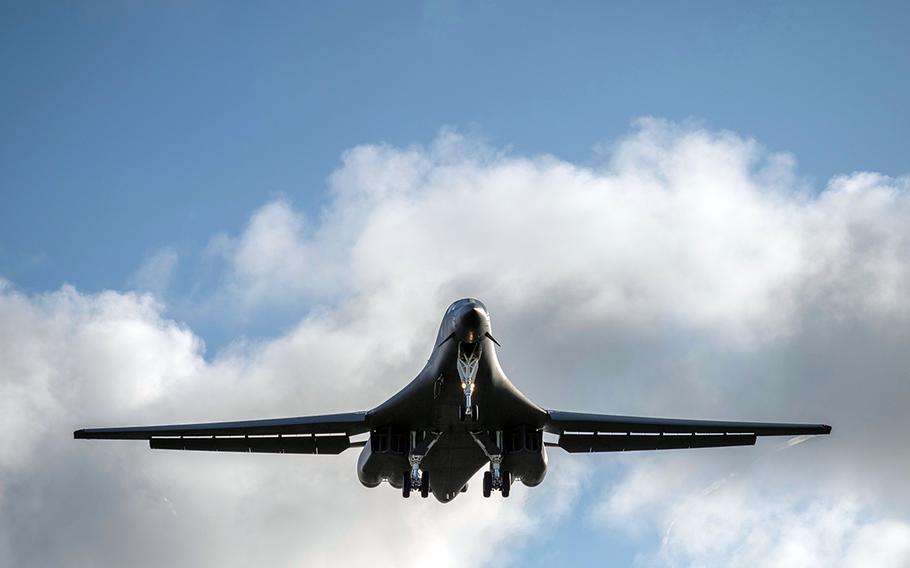 Two Air Force B-1B Lancer bombers flew over the South China Sea on Tuesday, the latest in an increasing number of U.S. military demonstrations in the region.

Bombers deployed to Guam flew the mission to demonstrate the Air Force’s ability to operate anywhere international law allows, “at the time and tempo of our choosing,” Pacific Air Forces said via Twitter on Wednesday.

The Lancers, originally from the 9th Expeditionary Bomb Squadron at Dyess Air Force Base, Texas, were at least the second pair to turn up in the area in less than a month. The Air Force does not publicize all of it B-1B flights.

On April 29, two Lancers appeared over the South China Sea during a 32-hour round trip from Ellsworth Air Force Base, S.D. That flight demonstrated the new “dynamic force employment model” aimed at making its global bomber presence less predictable, the Air Force said at the time.

The squadron from Dyess arrived on Guam May 1 with four B-1B bombers and about 200 airmen to train and conduct operations with allies and partners, the Air Force said at the time.

Beijing deems such overflights “provocative,” and blames the United States for rising tensions between the two nations. China and several other countries have overlapping claims to portions of South China Sea.

The U.S. disputes China’s claims over several islands and reefs in the resource-rich South and East China seas, including the Spratly, Paracel and Senkaku islands, according to the CIA World Factbook. The Air Force missions follow an increasing number of freedom-of-navigation operations the Navy conducts in the region to challenge what it calls China’s “excessive maritime claims.”

China has been active there, as well, sending an aircraft carrier task force twice in April through the Miyako Strait, a strategic waterway near Okinawa.

Since mid-March, Chinese fighter jets have also harassed U.S. reconnaissance aircraft at least nine times in the South China Sea, a Pentagon official told Fox News in a May 19 report.