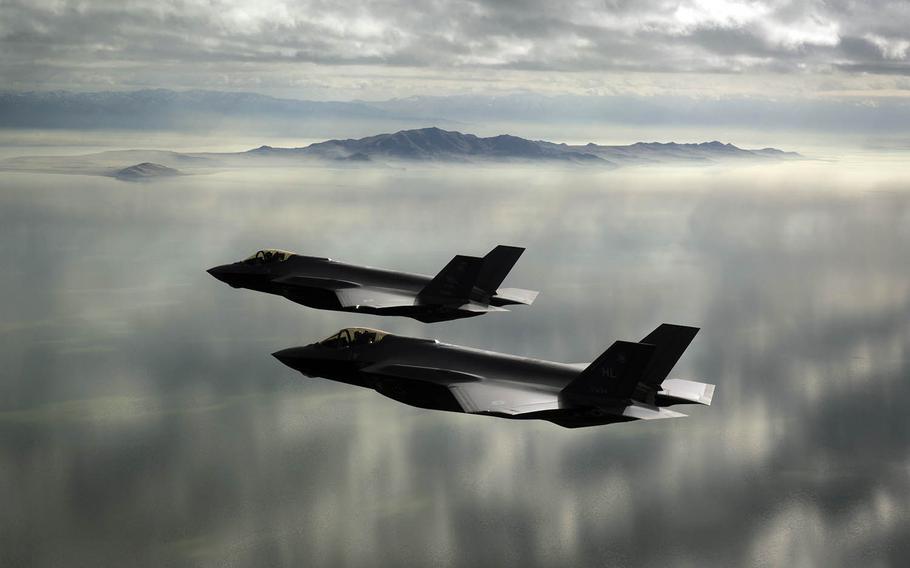 F-35A Lightning II stealth fighters are flying, for the first time, alongside Japanese and Australian warplanes in a large-scale Pacific Air Forces’ exercise, which kicked off Wednesday on Guam.

More than 1,800 U.S. airmen, Marines and sailors are training alongside 400 Japanese and Australian troops during Cope North, which runs through Feb. 19 out of Andersen Air Force Base, a PACAC statement said. Ninety-five aircraft from 23 flying units are participating in the annual event.

Conventional takeoff and landing F-35As from the 356th Fighter Squadron, 354th Fighter Wing out of Eielson Air Force Base, Alaska, along with other U.S. aircraft, will train with the Japan Air Self-Defense Force and Royal Australian Air Force, PACAF said.

The F-35As will practice offensive and defensive air combat tactics, aerial refueling and working with the other air forces, the PACAF statement said.

“The focus of this integration is on common communications capabilities and web-enabled logistics support,” the PACAF statement said.

The aircraft will be part of a multinational task force led by Japan during the training, according to the statement.

Cope North is starting with humanitarian assistance and disaster response drills at Andersen and Northwest Field on Guam; and Koror and Angaur in Palau, PACAF said.

F-35s and F-16s are also slated to fly from an austere airfield carved out of the jungle as part of the Air Force’s goal of deploying airmen and aircraft more broadly in the region.

These include a negative test result within one to three days of arriving on Guam and a 14-day “restriction of movement” in which troops are only permitted to travel between their off-base hotel room and their “appointed place of military duty” at Andersen.

Off-base activities are prohibited for participants during their restriction of movement, according to the statement.

“This restriction will be strictly enforced,” it said, adding that anyone suspected of violating the rules will be investigated and held accountable.