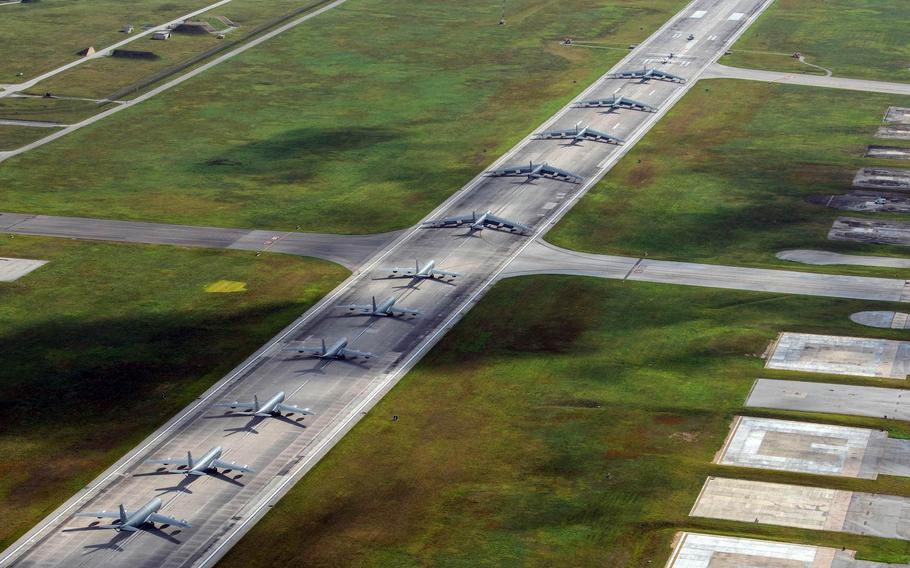 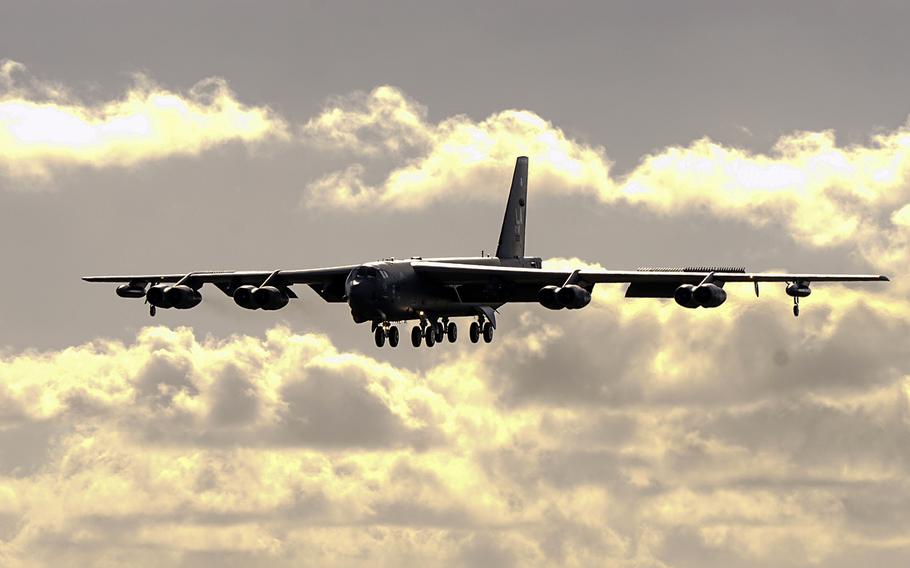 Just days after showing off a runway parade of airpower on Guam, the Air Force ended its longtime practice of maintaining a continuous bomber presence in the Pacific region through aircraft rotations at the island’s Andersen Air Force Base.

The service said it is nixing the six-month rotations in place since 2004 in favor of a less predictable global deployment regimen.

On Thursday, five B-52H bombers flew back to their home station at Minot Air Force Base, N.D., according to Aircraft Spots, an online military aircraft tracker.

Over the past 15 years, bomber patrols from Guam over the East and South China Seas have served as a means of projecting U.S. airpower and resolve to North Korea, China and Russia.

“In line with the National Defense Strategy, the United States has transitioned to an approach that enables strategic bombers to operate forward in the Indo-Pacific region from a broader array of overseas locations, when required, and with greater operational resilience, while these bombers are permanently based in the United States,” Maj. Kate Atanasoff, a spokesperson for U.S. Strategic Command, said in a statement.

Strategic bombers will continue to operate in the Indo-Pacific, including Guam, “at the timing and tempo of our choosing,” she said.

The Air Force will maximize its opportunities to train with allies and partner nations to “bolster our collective ability to be operationally unpredictable,” Atanasoff said.

“We continually reassess our overseas posture and adjust to meet the requirements of the Joint Force and combatant commanders as well as our treaty commitments,” she said.

The Air Force’s end of continuous bomber support from Guam was first reported by thedrive.com.

In response to a query by Stars and Stripes, Atanasoff said in an email that this “adjustment to our posture was long-planned and completely unrelated to the [coronavirus] pandemic.”

She did not have a specific list of alternate locations to which bombers would rotate but added that the Air Force has and will continue to operate globally in multiple areas.

The bomber missions will support the Pentagon’s strategy of “operational unpredictability” by using a mix of aircraft that include B-52, B-1 or B-2 bombers from bases throughout the U.S. mainland and Guam, she said.

On Monday, 14 aircraft paraded in an “elephant walk” formation along the runway at Andersen. Aside from the five Stratofortress strategic bombers were six KC-135 Stratotanker aerial refuelers, an MH-60S Knighthawk helicopter and two unmanned surveillance drones.

Multimillion-dollar upgrades to infrastructure at Andersen and Naval Base Guam over the past decade have elevated the U.S. territory into a key strategic hub. Work is also underway on and near Andersen for the planned transfer of roughly 5,000 Marines and their dependents from Okinawa in about 2024.

Guam is now the Navy’s epicenter of coronavirus after the aircraft carrier USS Theodore Roosevelt arrived on March 27 with hundreds of sailors sickened by the virus. One sailor has since died, and several others have been hospitalized in intensive care on Guam.