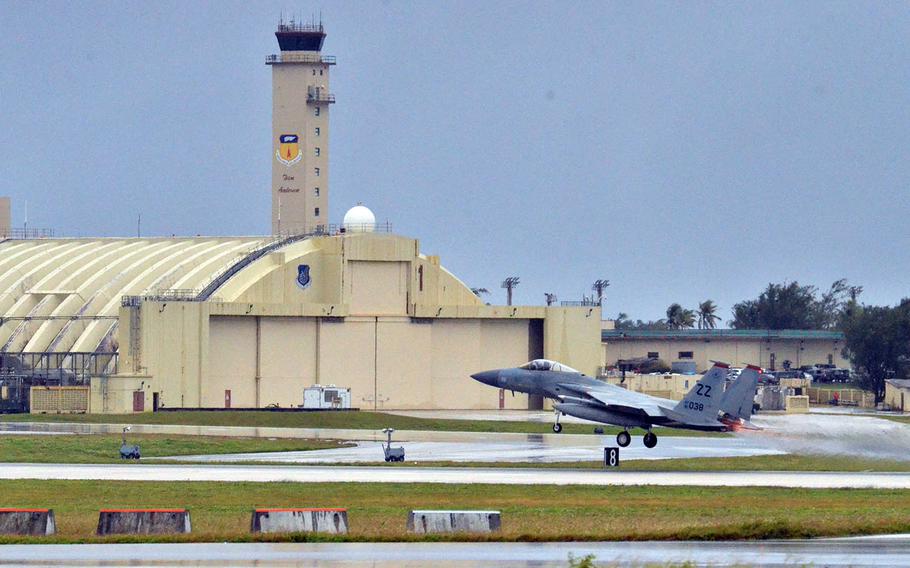 The Pentagon has awarded a $42 million contract to build a standoff weapons complex on Guam, according to an announcement Thursday.

Granite-Obayashi JV of Watsonville, Calif., was selected from three applicants to build the complex at Yigo, Guam’s northernmost point, according to the Department of Defense.

“The work to be performed provides for construction of an adequately sized and configured missile maintenance and assembly complex for loading, unloading, transferring, storing, testing and preparing missiles for operational use,” the announcement said.

The joint-venture company already holds a contract worth $165 million to help build a Marine Corps base on the island.

The new contract, funded by the Air Force in fiscal year 2021 and expected to be fulfilled by March 2023, includes a facility to support preloading rotary launchers, improvements to roads to support the vehicles carrying munitions to an airfield and earth covered storage magazines, the announcement said.

Standoff weapons include cruise missiles, glide bombs and short-range ballistic missiles. Rotary launchers are typically carried in the bomb bay of aircraft, the B-52 Stratofortress, for example. The rotary launcher allows the weapon to be precisely positioned for launch and takes up less space than a conventional bomb bay.

Naval Facilities Engineering Systems Command Pacific project manager Wayne Acosta in a statement Thursday said the contract was a top priority and awarded ahead of schedule and under budget.

The Air Force has not permanently positioned a bomber squadron at Andersen since last year. Instead, it periodically sends bomber task forces of B-52s and B-1B Lancers on “strategic deterrence” missions there to demonstrate its ability to respond quickly to threats in the Western Pacific.

The 36th Wing at Andersen Air Force Base provides a staging platform and supply base for air and space forces deployed in the Asia Pacific, according to the base website.

The wing is also the steward of the largest munitions stockpile in Pacific Air Forces, which it provides to deployed combat aircraft during wartime or contingency operations, according to the wing website.

“There are billions of dollars in defense capability on Guam,” the head of Indo-Pacific Command, Adm. Phil Davidson, said during an online forum organized by the Missile Defense Advocacy Alliance in September. “There needs to be some investment in defending that.”

Granite-Obayashi JV in August 2017 was awarded a contract to help design and build parts of a Marine Corps base that’s part of a planned drawdown of Marines on Okinawa.

The joint venture portion of the project called for building administrative and operational structures, along with bachelor housing, on a 400-acre site.