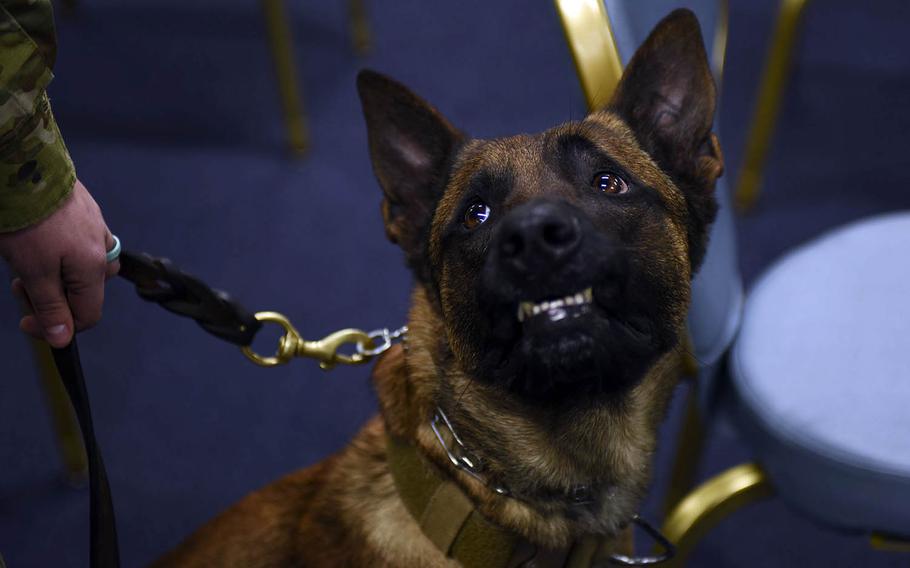 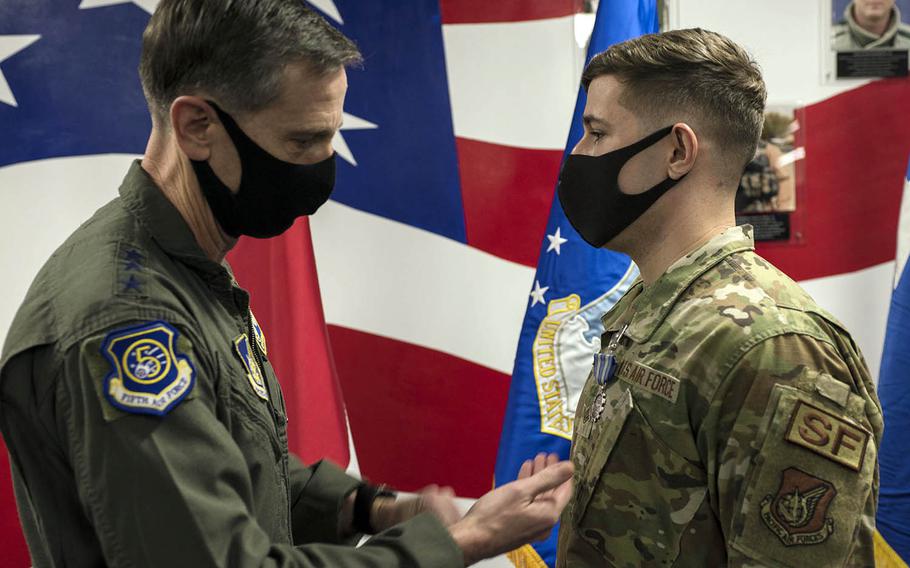 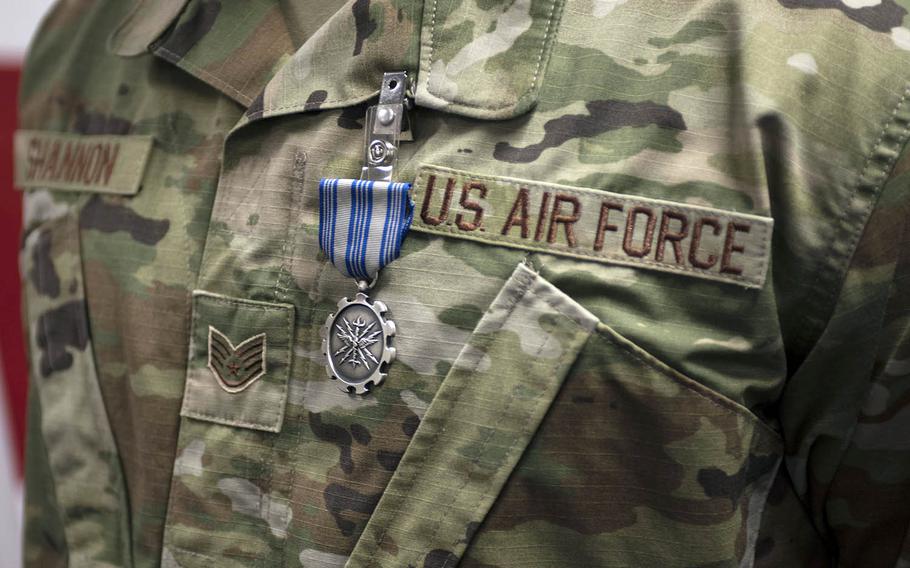 YOKOTA AIR BASE, Japan — A young airman who worked around coronavirus restrictions to fly 11 military working dogs to Japan last year was honored Thursday by a two-legged, three-star general at the home of U.S. Forces Japan.

The dogs, trained to sniff out bombs and contraband or chase down and tackle intruders on U.S. bases, routinely flew to Japan on commercial aircraft before the pandemic. That option ended last spring due to air travel restrictions threatening the canine supply at U.S. bases all over Japan.

Military working dogs typically retire after 10-12 years on the job. By the time the pandemic hit, Yokota was down to 60% of its military working dog force and other bases had dropped as low as 35%, according to the Air Force.

Staff Sgt. Seth Shannon, 26, of Mount Vernon, Ohio, the kennel master with Yokota’s 374th Security Forces Squadron, decided to do something about it. He pored over regulations and discovered a way to transport dogs from Hawaii.

“I coordinated with a bunch of agencies to move the dogs on military aircraft,” said Shannon, who oversees nine military working dogs at Yokota.

All the dogs who arrived during the pandemic were Belgian Malinois and German shepherds. Those breeds fit the criteria for a military working dog although others have been used, Shannon said, noting that a Schnauzer had been certified as a patrol dog in the United Kingdom.

“The dogs are a really good force protection multiplier for the base,” he said.

Last year, the Air Force twice sent handlers to Hawaii to collect two shipments comprising 11 dogs for the service, as well for as the Navy and Marine Corps, he said.

It’s hard to put a dollar value on the dogs but handlers estimate that about $100,000 worth of training goes into one by the time it’s 4 or 5 years old, said Shannon, who once deployed to the United Arab Emirates as a handler.

USFJ commander Lt. Gen. Kevin Schneider praised Shannon’s “ingenuity and initiative” as he pinned an Air Force Achievement Medal on him while defenders, human and canine, stood in formation at the security forces headquarters on Yokota.

At least one of the dogs watching the medal presentation arrived at Yokota on a C-17 Globemaster III cargo plane last year — 2-year-old Rroswell, who was bred by the military to become a working dog.

Rroswell has a strong jaw, according to his handler Staff Sgt. Ashleigh Green, 27, of Lincoln, Neb., who advises people not to pat him.