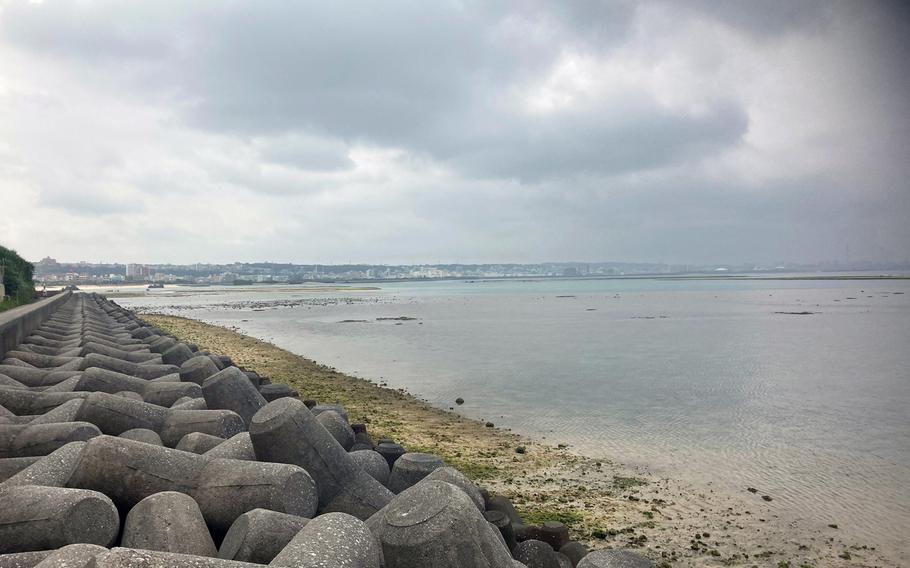 Buy Photo
The waters off the Mihama area of Chatan town in Okinawa on March 29, 2021, two days after an Air Force civilian employee drowned in the area while swimming with a friend. (Matthew M. Burke/Stars and Stripes)

CAMP FOSTER, Okinawa – A civilian contractor for the Air Force drowned Saturday off Chatan town while snorkeling with a friend, according to local police and the Air Force.

The 18th Wing identified the man Monday as Thang “Tu” Phung, 24, of Dumfries, Va., who worked with the 18th Medical Support Squadron at Kadena Air Base.

Phung was swimming in the Mihama area at approximately 3:30 p.m. Saturday when his friend turned back and spotted him in distress, an Okinawa police spokesman told Stars and Stripes by phone Monday.

The friend called base officials from shore, the spokesman said. Chatan Fire Station also received a call from a witness, a station spokesman added.

First responders from local fire departments found Phung at 4:49 p.m. about 225 feet offshore, the police spokesman said. He was unresponsive.

Japanese government spokespeople traditionally speak to the media on condition of anonymity.

Phung, a biomedical equipment technician, previously served in the Army Reserves and arrived in Okinawa in July, according to an email from the wing to Stars and Stripes.

Squadron commander Lt. Col. Sean Marshall said that Phung and his colleagues were a tight-knit team.

“Tu showed up every day ready to work; his team couldn’t get enough of his laughter and great attitude,” Marshall said, according to the statement. “I was reminded numerous times that Tu was fun-loving and full of adventure, he worked hard and enjoyed off-time with friends. We will miss him and we send our deepest condolences to his family and friends as they work through their grief.”

At least three other water-related mishaps in the past six months have claimed the lives of individuals with the U.S. military on Okinawa.

A Navy civilian employee went missing while fishing at Cape Zanpa in December, Japanese police said at the time. The man, an American in his 30s, is believed to have fallen from a cliff and drowned in the sea.