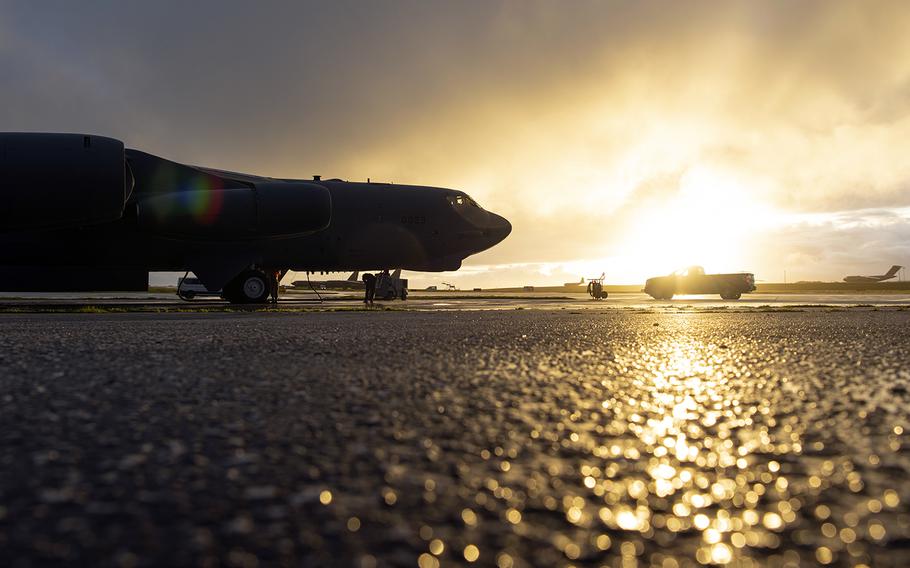 A pair of B-52H Stratofortress bombers flew alongside Japanese and American fighters in a collective show of force Monday near Misawa Air Base in northeastern Japan.

“This mission demonstrates the flexibility, long reach and responsive nature of our bomber force as we continue to assure our allies and deter aggressors globally,” said Maj. Gen. James Dawkins Jr., 8th Air Force and Joint-Global Strike Operations Center commander. “Joint and multinational integration provides an excellent opportunity for our Airmen to maintain their readiness and hone their global strike capability.”

The Guam-based bombers are assigned to the 69th Expeditionary Bomb Squadron out of Minot and deployed to the region as part of the 15-year-old continuous presence mission, officials said.

“These missions routinely operate throughout the region in accordance with international law and norms,” the statement said.

U.S. Strategic Command has conducted bomber task force missions since 2014 as a sign of commitment to collective security, and to integrate with combatant commands. The first such mission included B-52Hs and B-2 Spirits traveling from the continental United States to Joint Base Pearl Harbor Hickam in April 2014, officials said.

“Strategic bomber missions enhance the readiness and training necessary to respond to any potential crisis or challenge across the globe,” officials said in the statement.