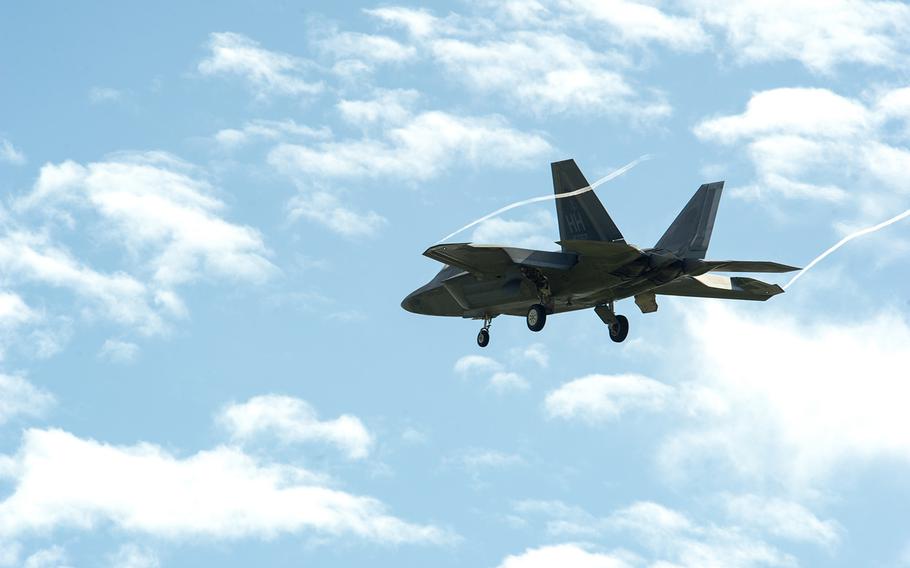 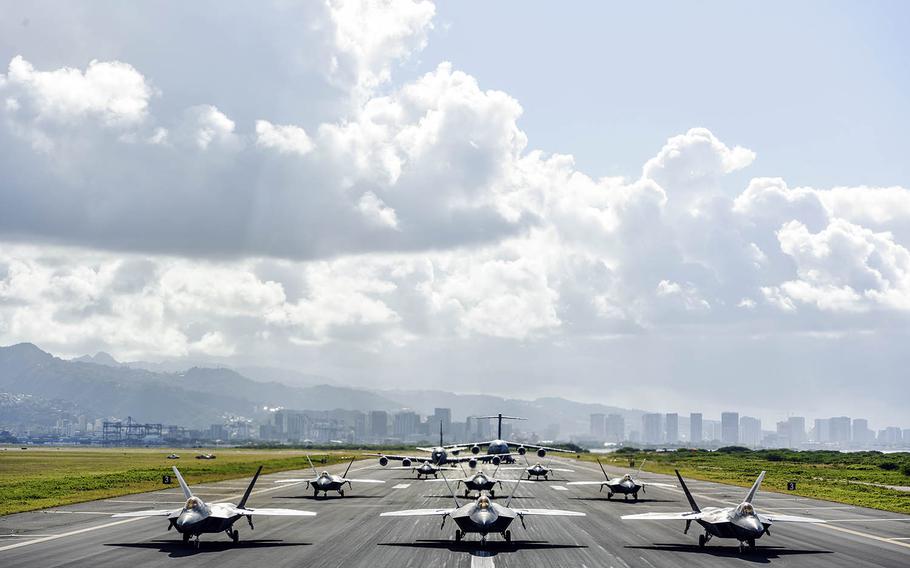 Aircraft from the Hawaii Air National Guard and Air Force at Joint Base Pearl Harbor-Hickam will fly above most of the state’s large hospitals and major metro areas beginning around 11:30 a.m., the Air Force said in a news release Wednesday.

The planes will first fly as a group over seven hospitals on the island of Oahu, after which the F-22s will head off to regularly scheduled training. The C-17 will fly on alone to Kauai, while the KC-135 will head east toward Molokai, Lanai, Hawaii island and Maui.

Flyovers have become commonplace across the U.S. mainland in the era of COVID-19, the disease caused by the coronavirus.

The Navy’s Blue Angels and Air Force’s Thunderbirds demonstrations squadrons have flown over numerous cities on the mainland in recent weeks as a gesture to medical personnel, emergency responders and others dealing daily with the pandemic.

Some have criticized the flyovers as taxpayer funds ill-spent at a time of 15% unemployment and burgeoning federal deficits in the wake of emergency funding for workers, businesses and hospitals.

The Air Force stressed in its news release Wednesday that the aircraft flying over Hawaii were conducting routine training flights.

“These aircraft were already scheduled for these training flights, so the flyover is at no additional cost to the taxpayer,” the Air Force said.

The flight path was set in coordination with officials with the Federal Aviation Administration and Hawaii, the Air Force said.

“This event will recognize the hard work that everyone in Hawai‘i has already accomplished to keep Hawai‘i’s [coronavirus] cases among the lowest in the United States, while also acknowledging the need for continued vigilance, and our obligation to those in our community who will require continued assistance,” Brig. Gen. Dann S. Carlson, commander of the Hawaii

Air National Guard’s 154th Wing. “These flyovers are meant to provide hope and reaffirm confidence in our state and nation while emphasizing the Air Force’s enduring commitment and support to the people of the State of Hawai’i.”

Hawaii has had 638 coronavirus cases and 17 deaths as of Wednesday, according to the Hawaii Department of Health.

The Air Force advises onlookers of the flyover to do so from their homes, refraining from travel, in order to adhere to social distancing guidelines in place by order of the governor.