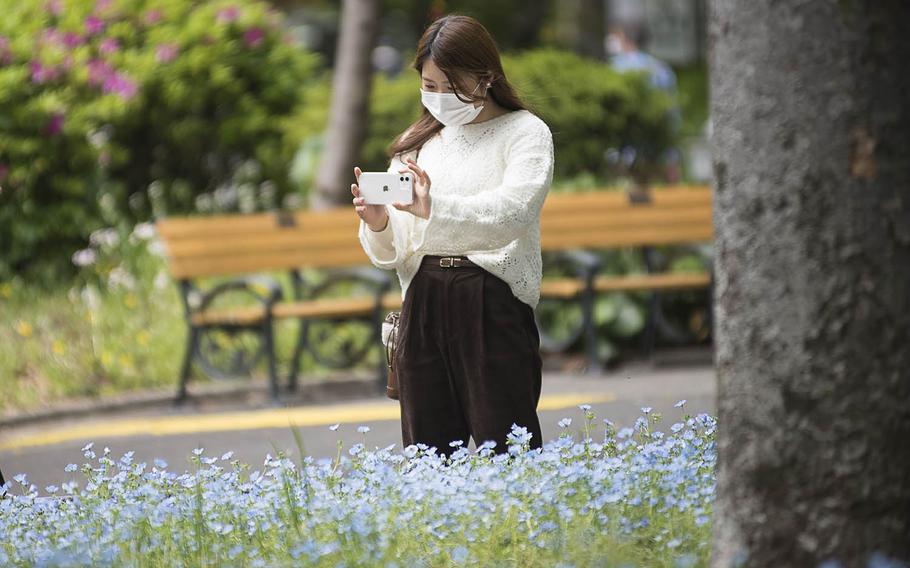 TOKYO – The U.S. military in Japan added 12 more individuals to its roster of coronavirus patients as of 6 p.m. Friday, the bulk of them on Okinawa.

Meanwhile, the largest cities in Japan saw no relief from the spring viral surge. Osaka prefecture recorded more than 1,000 new COVID-19 patients each of the past four days.

On Friday the prefecture, where Japan’s second-largest city is located, reported 1,209 people had contracted the coronavirus respiratory disease, one more than the previous day, according to public broadcaster NHK. Another 16 people were confirmed dead, NHK reported.

Osaka city, population 2.7 million, is the capital of the 8.8 million-population prefecture. The surge that began in late March quicky surpassed the previous peak set Jan. 8 with 654 new patients.

Tokyo, the capital and largest city, reported 667 newly infected people Friday, a day after confirming its highest one-day count – 729 – since Feb. 4, according to NHK and the prefecture’s data.

Many commanders at U.S. military bases in Japan have put Osaka prefecture and parts of Tokyo off-limits to their personnel.

Misawa Air Base, in northeastern Japan, reported that one person, a Japanese employee of the Child Development Center who was already quarantined, tested positive on Friday.

The employee had tested negative after contact with a previously identified patient Monday and was isolated as a precaution, according to a Misawa press release. No other contacts were identified.

Kadena Air Base on Thursday reported one person, an employee of Chili’s To Go, tested positive after close contact with a previously infected person. The employee was already quarantined, no additional contacts were identified and the to-go business was closed for sanitizing, according to a base Facebook post.

Another Chili’s To Go employee tested positive for COVID-19 on April 7, the base said.