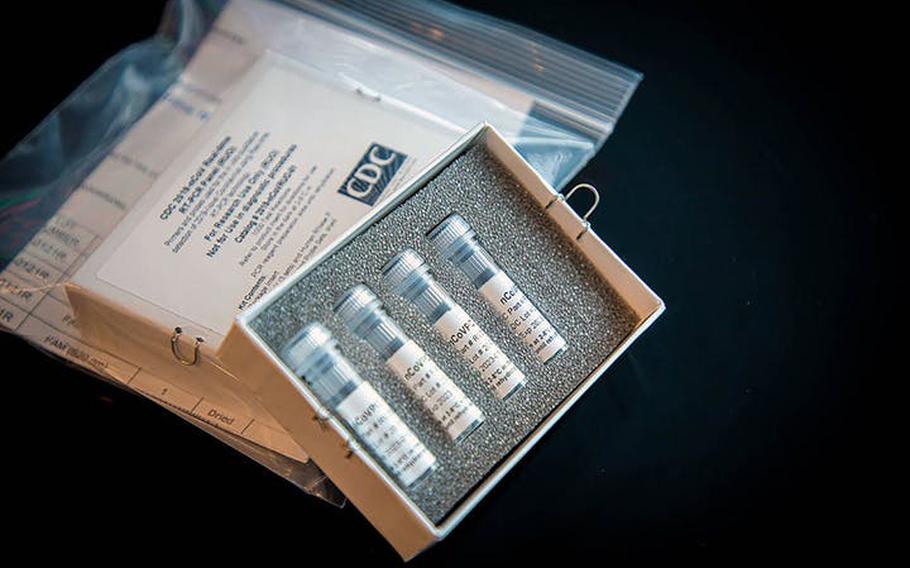 A CDC laboratory test kit for infection with coronavirus. (CDC)

The soldier, who was not identified, is in isolation at his off-base residence, the statement said.

He traveled to Las Vegas on March 13 and returned to Oahu two days later.

The soldier was then placed into command-directed restriction of movement at his off-base residence and became symptomatic on Wednesday night, the Army said.

The soldier was tested for COVID-19, the disease caused by the virus, on Thursday and deemed positive the next day.

Meanwhile, a second civilian worker at Tripler Army Medical Center in Honolulu tested positive for the virus Friday, the Army said. Both employees had visited New York prior to returning to Oahu.