12 WWII-era mines removed from Sasebo Naval Base in Japan 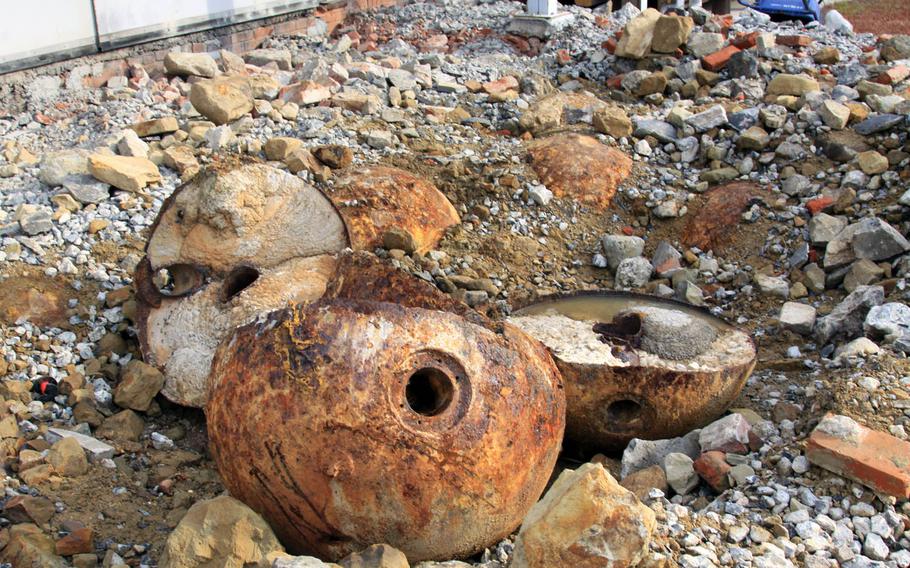 One of the 12 World War II-era mines removed from Sasebo Naval Base's Maebata Ordnance Area in Japan. (Courtesy of the U.S. Navy)

One of the 12 World War II-era mines removed from Sasebo Naval Base's Maebata Ordnance Area in Japan. (Courtesy of the U.S. Navy) 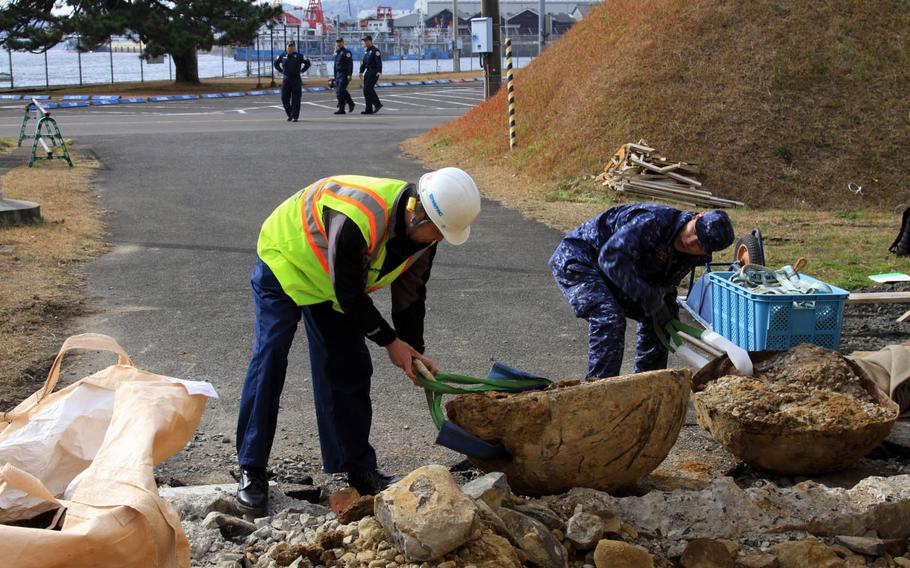 The last of a dozen World War II-era sea mines found last year have been removed from a U.S. naval base in Japan.

The mines contained traces of TNT but were determined to be stable enough for removal in a two-month-long operation that wrapped up last week, he said.

The mines were later turned over to the Japan Ground Self-Defense Force for disposal, Johnson said.

Leftover and unexploded ordnance is scattered throughout Asia and the Pacific, especially where battles occurred or at current and former ammunition depots.

Last May, a 5-inch unexploded shell fired from an American warship during World War II was found at a construction site near Camp Kinser, Okinawa. A road was closed and hundreds of residents and workers evacuated while it was removed.

In 2006, 350 people were evacuated after workers building a gym unearthed an unexploded ordnance cache at Sasebo.