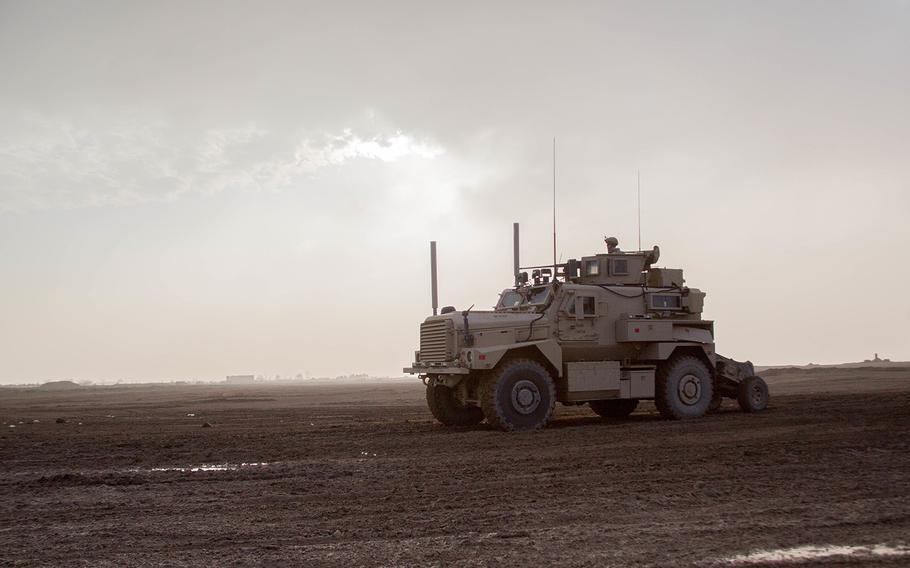 STUTTGART, Germany — A U.S. military vehicle hit a roadside bomb Saturday en route to a training exercise in Niger, a country that has proved dangerous for U.S. special operations forces who have helped local troops battle militant groups in the region.

U.S. Africa Command said Monday that a Mine Resistant Ambush Protected All-Terrain Vehicle struck the pressure-plate bomb while four servicemembers were entering a firing range in the vicinity of Ouallam, Niger.

Nigerien partner forces have secured the scene and are assessing the incident, Karns said.

AFRICOM declined to say whether the incident will have any effect on how troops operate in the country.

“Due to operational considerations, we won’t go into detail about future operations. Our commitment to our partners remains the same,” Karns said.

Initial reports by AFRICOM stated the incident occurred on the firing range, but as more details emerged, it became clear it happened outside the training site, the command said.

The blast occurred nearly two years after four U.S. soldiers were killed in an ambush in Niger while on a mission with local forces. While the U.S. military had been involved in Niger for years, the attack brought attention and scrutiny to the risks troops face in obscure parts of Africa.

One U.S. general and other lower-ranking officers and enlisted personnel were reprimanded in connection with the ambush amid questions about poor preparation and planning.

Niger and the broader Lake Chad basin area in western Africa have long been home to dangerous mix of militant groups, most notably Boko Haram, which is based in neighboring northern Nigeria.

However, during the past couple of years, ISIS-West Africa has emerged as the top security concern. The group broke away from Boko Haram three years ago and also is based out of Nigeria. The group, which has been growing in power, regularly makes cross-border attacks in Niger.

In Niger, the U.S. soon is expected to begin operating out of a new drone site that is intended to add more intelligence capability in the country.

“Niger is a vital partner in the fight against violent extremist organizations,” Karns said.

In the wake of the attack that killed the four U.S. soldiers, questions were raised about whether American forces should be taking risks in places like Niger, where extremist groups don’t necessarily pose a clear and direct threat to the U.S.

However, Karns said the U.S. has long-term strategic interests on the continent.