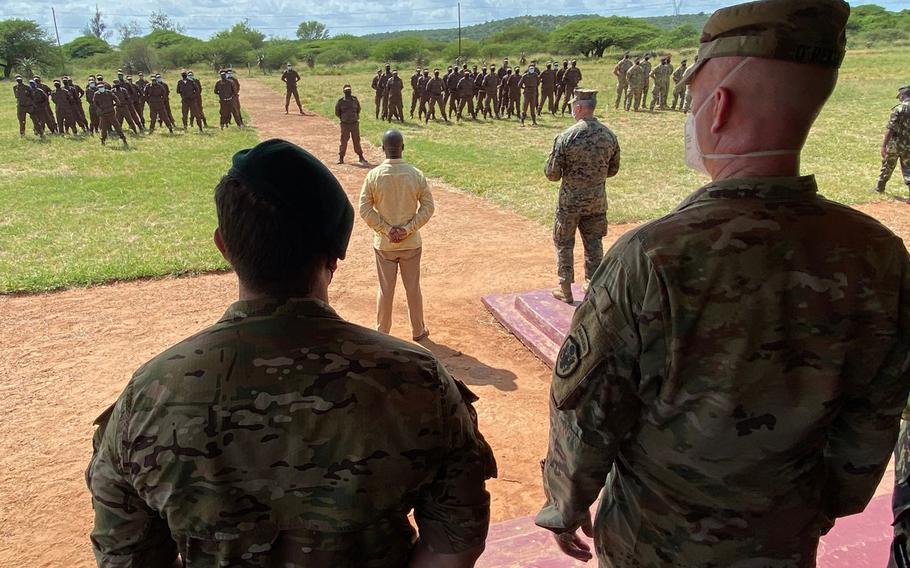 STUTTGART, Germany — U.S. special operations troops have launched a mission to assist counterterrorism forces in Mozambique, where there are growing concerns about escalating violence by Islamic State militants.

The two-month effort will focus on training Mozambican marines as the country tries to “prevent the spread of terrorism and violent extremism,” the U.S. embassy in Maputo said Monday in a statement. The U.S. has also provided medical and communications equipment.

The U.S. effort, led by Special Operations Command Africa, comes during a time of increased violence in Mozambique, where nearly 670,000 people have been displaced by ISIS attacks in the mainly Muslim Cabo Delgado province.

Last week, the State Department designated the militants as a foreign terrorist group along with a similar ISIS affiliate in the Democratic Republic of Congo.

The Mozambique branch has orchestrated a series of “large scale and sophisticated attacks,” most notably resulting in the capture of the strategic port of Mocimboa da Praia near the border with Tanzania in August, the State Department said. The port, positioned in an oil-rich area in northern Mozambique, is a cargo hub for the east African nation.

The arrival of U.S. commandos marks the entry of U.S. Africa Command into a region where past American military efforts have focused more on humanitarian campaigns.

The new counterterrorism mission also could serve as an opportunity for the U.S. to distinguish itself from Russia, which has attempted to deliver similar assistance, but with mixed results.

During the past two years, Russia has dispatched fighters from the state-sponsored Wagner Group, which operates in various countries, such as Libya, Central African Republic and Syria. But the Kremlin-backed fighters have performed poorly in parts of Africa, a March 9 analysis by the Rand Corp. think tank found.

“In Mozambique, Wagner mercenaries stumbled through the kinds of partner-building efforts at which U.S. special operations forces tend to excel,” Rand security experts Molly Dunigan and Ben Connable wrote. “They offended the locals and reportedly double-crossed allies to make money. Islamic State insurgents have successfully attacked and killed them on poorly secured roads.”

The “Russian power play” in a former Soviet Union client state “looks like a disaster in the making,” the Rand report said.

It’s not clear whether U.S. forces will follow the two-month mission with other means of counterterrorism support, but the embassy suggested that more types of assistance could be on the way.

“The United States is committed to supporting Mozambique with a multifaceted and holistic approach to counter and prevent the spread of terrorism and violent extremism,” the embassy said. “This approach addresses socioeconomic development issues as well as the security situation.”