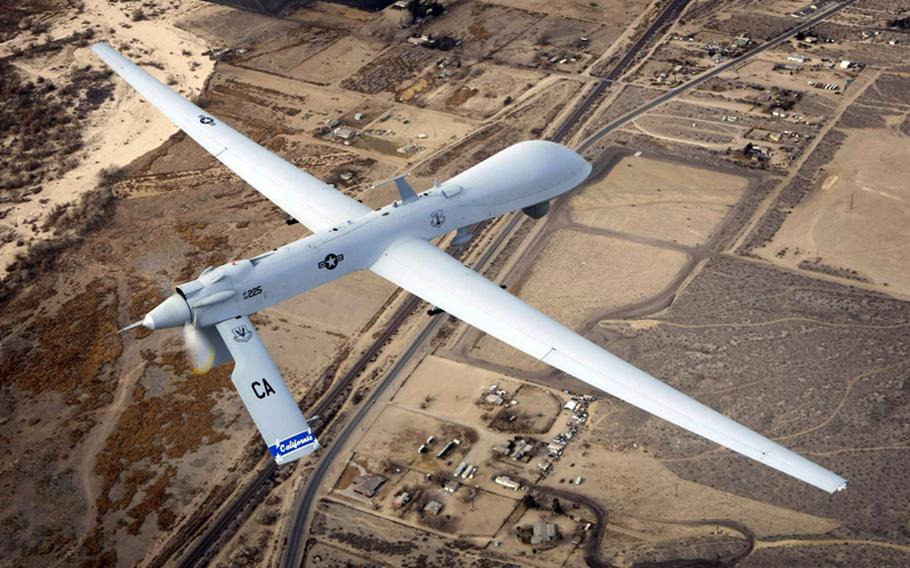 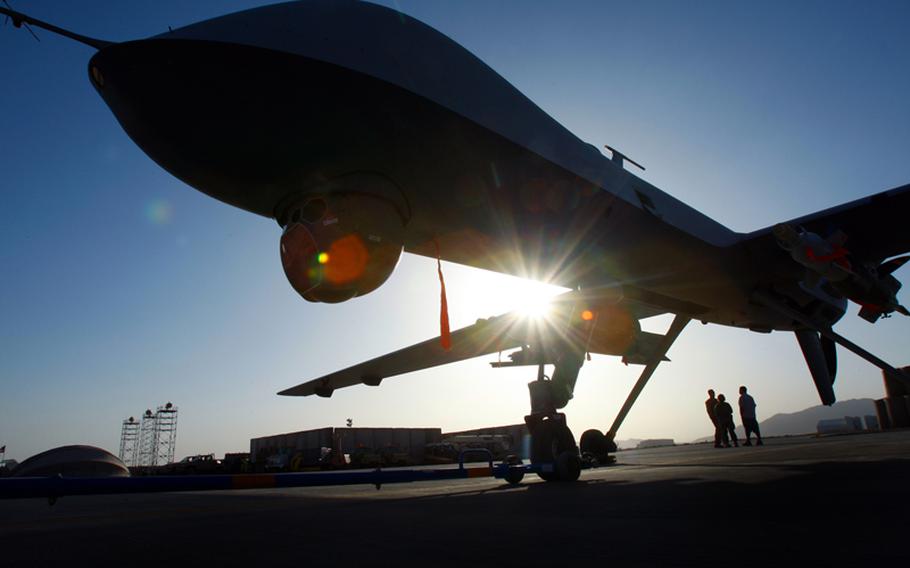 The Predator drone has proven to be an effective weapon that offers both real-time surveillance and offensive firepower for troops on the ground. (Rick Loomis/Los Angeles Times/MCT) 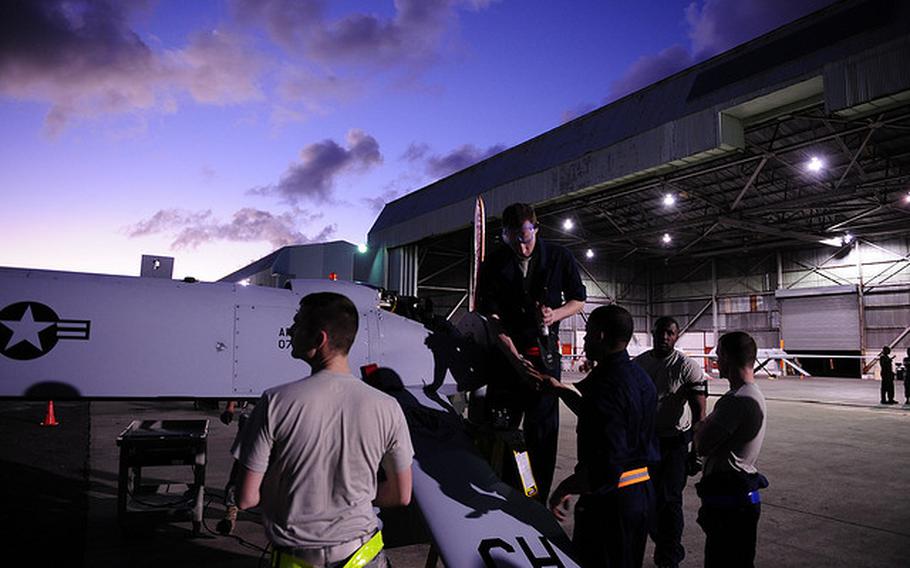 WASHINGTON — A status-of-forces agreement announced this week between the United States and Niger could be the first step toward a drone-based campaign against al-Qaida operatives in northwestern Africa, similar to ones the United States wages elsewhere in Africa and the Middle East.

The United States has expanded its logistical support of French troops battling fighters affiliated with al-Qaida, providing airlift and refueling in addition to sharing intelligence, but has avoided involvement in combat.

But now that militant fighters are pulling back in the face of French ground and air attacks – over the weekend withdrawing from the historic northern city of Timbuktu – the prospect of a long-term effort to target leaders of the Islamic insurgency may be looming.

With that, U.S. drones could find their way onto the battlefield as part of an effort to target senior leaders of organizations such as al-Qaida in the Islamic Maghreb, the terrorist organization’s North African affiliate, said J. Peter Pham, director of the Africa program at the Atlantic Council, in an email to Stars and Stripes.

“With the neither the French intervention force nor the ‘works-in-progress’ African mission likely to be able to dislodge the extremists in northern Mali anytime soon, one has to begin to contemplate ‘least bad’ options to buy the international community time,” Pham said. “And among these options has to be (targeting) certain individuals in the terrorist hierarchy who are the linchpins connecting AQIM to the criminal and tribal networks of the Sahel.”

Such a campaign to dislodge the militants who have turned northern Mali into what many describe as a virtual country controlled by al-Qaida could take years, a State Department official said.

“This is only the first phase,” Don Yamamoto, deputy assistant secretary of State for African affairs, told the Associated Press. “It is going to take time. I think people should not be into the illusion that it is going to be quick.”

U.S. officials have announced no details about basing plans in Niger, but acknowledge the ability to operate out of the country, which is developing increasingly close diplomatic and defense ties with the United States, would place military assets close to many hot spots.

“Just consider the neighborhood,” a U.S. military official speaking on the condition of anonymity said. “Libya to the north, where there’s been instability. Nigeria, and [Islamist militant group] Boko Haram directly south. Algeria, where there was just an attack, and Mali to the west.”

Analysts and officials say that should the United States need to deploy armed drones over Mali now, it would be a difficult logistical challenge.

While the U.S. military maintains Camp Lemonnier in Djibouti, a strategic hub and platform for drone operations around the Horn of Africa and Yemen, insufficient infrastructure in western Africa could be one reason the U.S. is not engaged in drone strikes in places such as northern Mali, according to some experts.

“Many people don’t seem to realize that U.S. armed drones don’t fly off naval assets,” said Micah Zenko, a fellow at the Council on Foreign Relations who studies the U.S. drone program. “There is no base we can fly drone strikes out of today.”

Legal issues could complicate things as well. The governments of Afghanistan, Pakistan and Yemen all allow the U.S. to conduct armed drone strikes against militants, but the government of Mali may not be so willing, experts said.

A recent Washington Post expose on secret U.S. counter-terrorism efforts in Africa reported that the U.S operates surveillance flights over northern Mali out of a small outpost in neighboring Burkina Faso.

“Part of this probably is linked to the reported withdrawal of country clearance by the embassy in Bamako for manned surveillance flights from the formerly clandestine program in Burkina Faso,” said the Atlantic Council’s Pham. “And yet another part might indeed be the reluctance of potential partners to allow operations from their territory after the way the program in Burkina Faso was exposed.”

Meanwhile, Zenko said, European allies may not be willing to allow a continuous succession of armed drones heading out on targeted killing missions to fly from their territory, and Algeria has severely limited flyover rights of U.S. aircraft.

The U.S. military and CIA together are thought to have fewer than 150 armed drones for use all over the world, the current needs could be too great to mount a campaign of strikes in Mali, said Joshua Foust, an analyst who studies drones for the American Security Project.

“The number of armed drones is small enough that it’s not a simple process to just send one to a country,” he said. “For one orbit of drones – typically four drones with a 24 hour presence over an area – it takes 170 people on the ground to support it. It’s a pretty substantial process.”