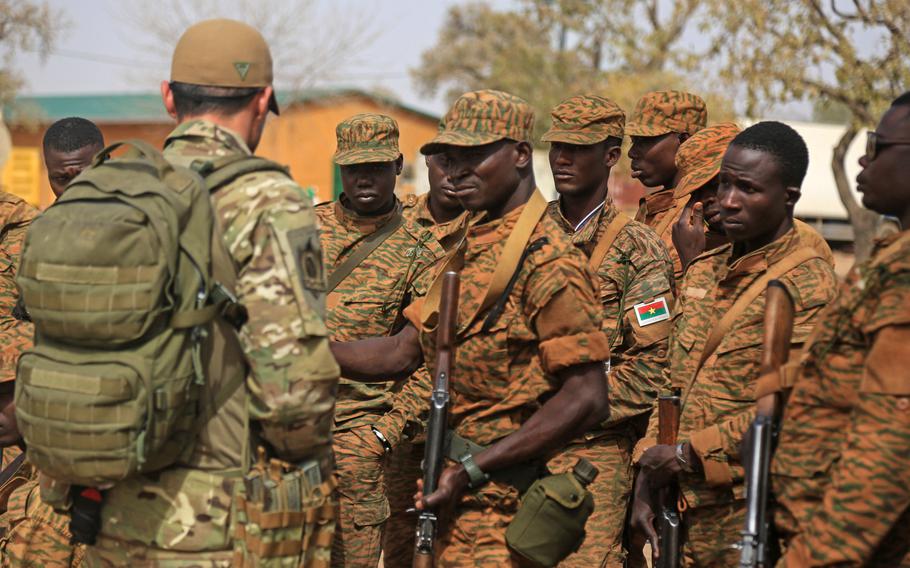 About 1,600 troops will take part in Flintlock 2020, which brings together forces from more than 30 countries to practice countering violent extremist groups. Most of the work will take place in Mauritania and Senegal and will include African forces that have been battling militants in places like Niger and Mali.

“Strategic threats will emanate from Africa that will pose not only regional challenges to U.S. interests but global ones as well,” U.S. Africa Command’s Gen. Stephen Townsend said in a statement announcing this year’s Flintlock. “These threats include malign actors with regional and global reach as well as terrorist networks with large aspirations.”

Over the last several years, U.S. commanders have used the Flintlock drill to boost collaboration among regional militaries involved in campaigns against terrorist groups operating in western Africa.

But this year, the drill comes at a time when the U.S. is trying to figure out what its future force levels should be in Africa, where counterterrorism efforts have traditionally been the focal point.

Defense Secretary Mark Esper is reviewing the AFRICOM mission, which could result in troop reductions as the Pentagon seeks to shift resources to priorities such as countering China and Russia.

Over the past two years, the U.S. has already scaled back some missions in western Africa. As a result, AFRICOM’s strategy of “degrading” extremist groups in the west of the continent has shifted to “containing.”

AFRICOM described the change to the Defense Department’s office of the Inspector General, which issued a report Tuesday.

“In West Africa, local and international forces were overmatched by violent extremist organizations,” the IG said.

Threats from these groups, which include Islamic State affiliates, “have the potential to spread through the region and impact Western interests” if not contained, AFRICOM also reported to the IG.

Since 2018, violence caused by militant groups has surged by 250% in Burkina Faso, Mali and western Niger, the IG said.

In the Lake Chad Basin and Sahel region, which includes Nigeria, Niger, Mali and several other countries, U.S. troops provide counterterrorism support in areas such as intelligence and surveillance, logistics and training. The Flintlock exercise is the largest of the training efforts and is intended to help countries guard against extremist groups and better protect borders, AFRICOM said.

“No country can defeat these threats alone and no country has every answer,” Brig. Gen. Dagvin R.M. Anderson, head of U.S. Special Operations Command Africa, said in a statement. “Only by addressing instability, the root of terrorism, as an international problem by building multi-national partnerships can we create a prosperous future.”