Pilot from Tucson among those killed in Kenya attack 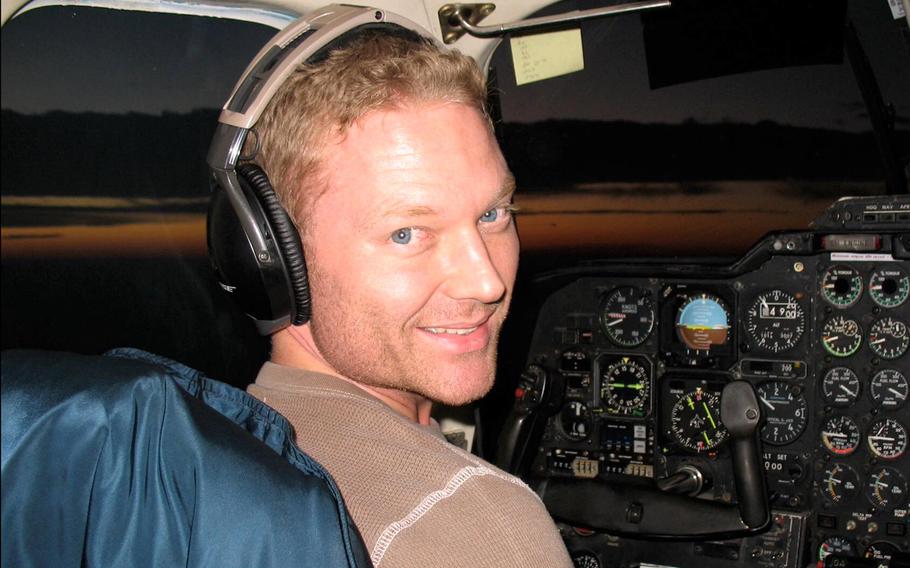 Dustin Harrison was among three Americans killed in an early morning attack Jan. 5, 2020, in Kenya after a military base was overrun by al-Shabab fighters. (Facebook)

STUTTGART, Germany — An Arizona man contracted to fly aircraft for the U.S. military was among those killed Sunday when Somali militants attacked a base in Kenya, a local television station reported.

Dustin Harrison’s wife, Hope, told Tucson’s KOLD News 13 that she and their daughter were flying to an unnamed Air Force base to receive his body. “My silent hero,” Hope Harrison wrote in a Facebook post.

Harrison told the network that she was meeting with her husband’s co-workers to learn more about the attack.

“My world is completely a nightmare at the moment. My worst fear is now my reality. The pain is unbearable. Please keep myself and our family in your prayers,” she wrote on Facebook.

Harrison was one of three people killed when their base was overrun by insurgents.

U.S. Africa Command dispatched a quick reaction force based out of Djibouti to Kenya in the wake of the attack to bolster security there.

U.S. and Kenyan forces eventually repelled the attack from the al-Shabab militants, who are aligned with al-Qaida.

The base in Kenya plays a role in U.S. military operations in neighboring Somalia, where American forces have been assisting in the battle against al-Shabab.