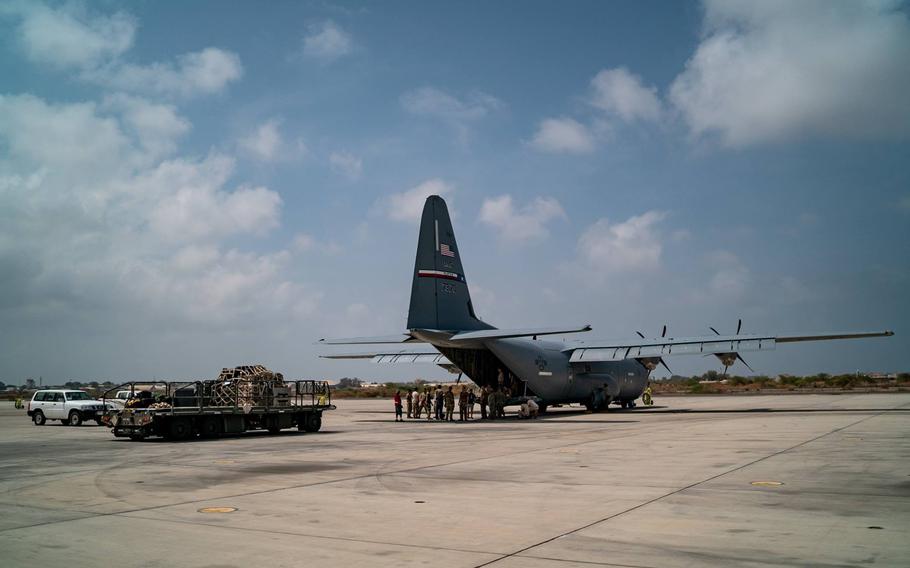 A U.S. Air Force C-130 sits on the tarmac as U.S. airmen deploy to Mozambique to deliver relief supplies into areas where floods have forced thousands from their homes. (Courtesy CJTF-Horn of Africa/Facebook)

A U.S. Air Force C-130 sits on the tarmac as U.S. airmen deploy to Mozambique to deliver relief supplies into areas where floods have forced thousands from their homes. (Courtesy CJTF-Horn of Africa/Facebook) 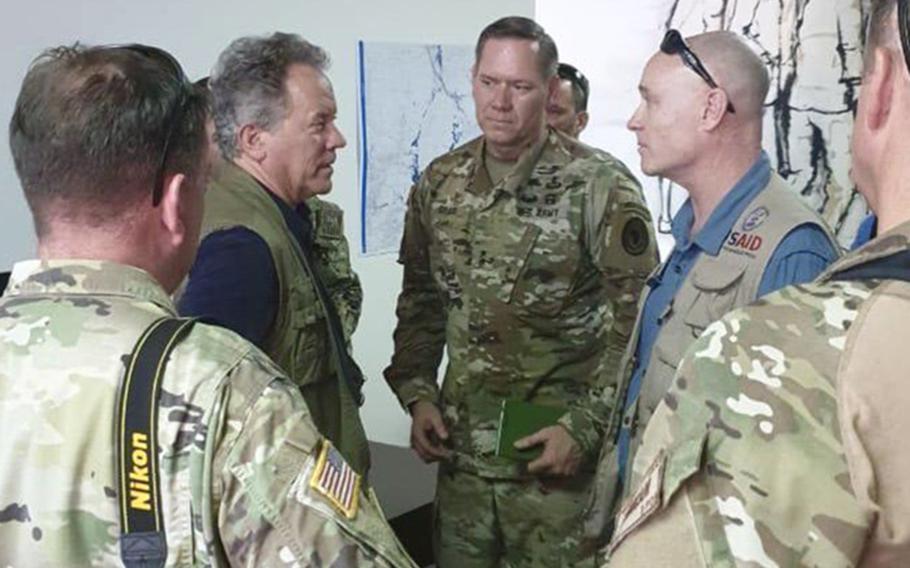 STUTTGART, Germany — A U.S. military team dispatched to Mozambique to help with disaster relief efforts is assessing airfields in the country as it prepares to deliver supplies into areas where floods have forced thousands from their homes.

A team of about 40 airmen from the 435th Contingency Response Group are in Mozambique where they are helping to set up a distribution hub once supplies start rolling in.

“This team will provide 24-hour support operations for receiving, packaging and distributing food, medical supplies and other relief materials in support of crisis response efforts after Cyclone Idai,” U.S. Air Forces in Europe — Air Forces Africa said in a statement.

Col. Jason Terry, commander of the 435th, said Wednesday via phone from Mozambique that his team is examining various airfields to determine if they can support operations. The assessment involves checking for fuel availability, parking for aircraft and supply capacity.

Terry added his expeditionary wing is effective at finding ways to carry out missions under difficult conditions.

“We are very comfortable working in austere environments,” Terry said.

President Donald Trump directed the military to support humanitarian efforts in Mozambique after more than 700 people died as a result of a March 14 cyclone that has caused widespread flooding in a region stretching from Mozambique to Zimbabwe and Malawi. Some 500,000 people also have been displaced by the floods. The death toll could rise as floodwaters recede.

The military’s job is to assist the U.S. Agency for International Development in the delivery of humanitarian assistance. U.S. Africa Command has put its Djibouti-based Combined Joint Task Force — Horn of Africa in charge of the military’s relief effort.

Terry said he expected the military’s role in the relief effort to be relatively short in duration, but he added other aid agencies would likely be needed for longer given the scope of the damage.