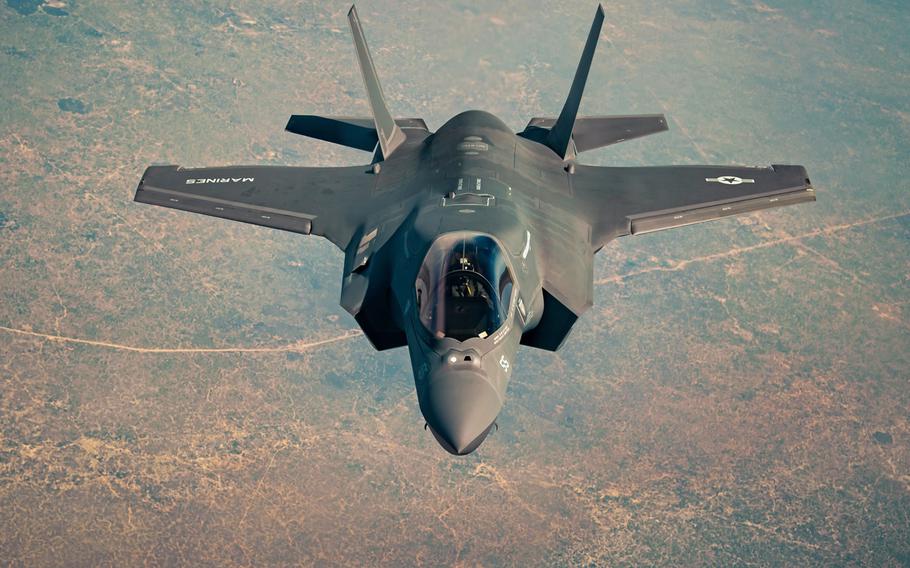 STUTTGART, Germany — U.S. Africa Command launched its first airstrike against al-Qaida-aligned militants in Somalia since announcing days ago that it had completed its withdrawal of ground troops from the country. AFRICOM said it bombed and destroyed an al-Shabab compound in southern Somalia on Monday, which came after attempts by the militants to target Somalia’s military leaders. “We will continue to support our partners and disrupt al-Shabab’s efforts,” Maj. Gen. Dagvin Anderson, head of U.S. Special Operations Command Africa and leader of the task force that oversaw the recent relocation of about 700 U.S. troops, said in a statement. AFRICOM said it fulfilled the Pentagon directive to reposition forces by Jan. 15 after several weeks of operations that included the USS Nimitz Carrier Strike Group, the 15th Marine Expeditionary Unit, and the naval sea bases USS Makin Island and USS Hershel “Woody” Williams. AFRICOM hasn’t detailed exactly where its forces formerly based in Somalia will be moved. But some are expected to go to Djibouti and Kenya, two neighboring countries with U.S. military outposts used for conducting cross-border operations. The repositioning was completed without serious incident and ahead of schedule, AFRICOM commander Gen. Stephen Townsend said. “The fact there were no serious injuries or significant loss of equipment, is a testament to the determination, professionalism and skill of our U.S. service members and Department of Defense civilians,” he said in a statement. Townsend was in Somalia over the weekend and met with the U.S. ambassador there, Don Yamamoto, as well as Somali military officials, to discuss efforts aimed at countering al-Shabab. AFRICOM regards the guerrilla group as the largest and most violent of al-Qaida’s franchises. It “remains a serious threat to the region and the U.S.,” Townsend said. Townsend also met with Marines and sailors aboard the Makin Island, which has been positioned off Somalia’s coast for much of the withdrawal operation. In recent years, the U.S. military presence had quietly grown in Somalia, where U.S. special operations troops worked alongside Somali forces in a long-running battle against militants. During the past two years, AFRICOM has carried out more than 200 airstrikes in the country, mostly directed at al-Shabab fighters. President Donald Trump ordered U.S. troops out of the country as part of a broader push to reduce the number of forces in conflict zones before President-elect Joe Biden takes office. In Afghanistan, U.S. troop levels are now at 2,500, the lowest number since the war’s earliest months and down from about 13,000 one year ago. The incoming Biden administration has not yet said whether it would consider returning forces to either country.vandiver.john@stripes.com Twitter: @john_vandiver