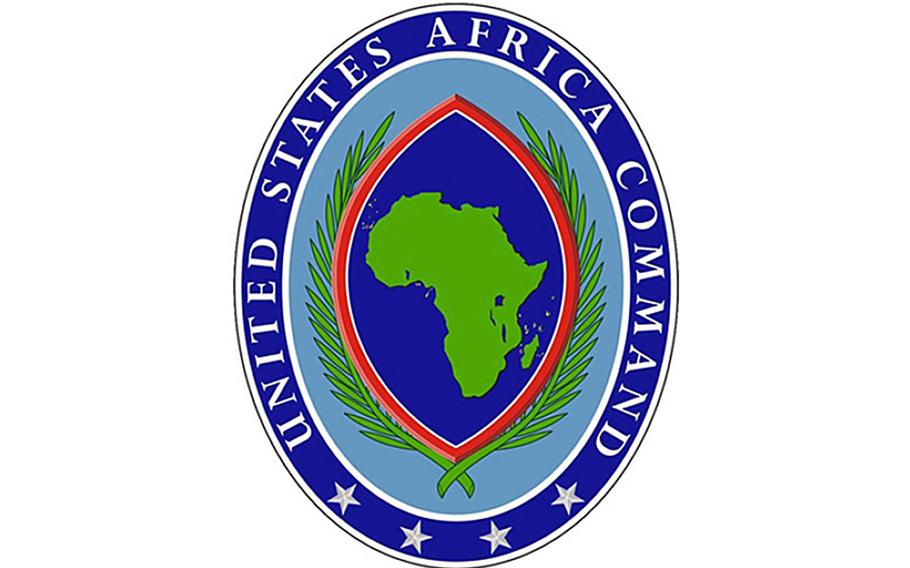 A key figure in the Al-Shabab terrorist group was killed in an airstrike on the town of Jilib, south of Mogadishu, U.S. Africa Command said Tuesday, April 7, 2020. (U.S. AFRICOM)

STUTTGART, Germany — A senior al-Shabab leader who played a key role in plotting deadly attacks throughout East Africa has been killed in an airstrike in Somalia, U.S. Africa Command said Tuesday.

Yusuf Jiis was one of three al-Shabab members killed in the April 2 airstrike, AFRICOM said. The strike was one of a flurry of attacks in Somalia in recent days.

Jiis was “violent, ruthless, and responsible for the loss of many innocent lives,” AFRICOM commander Gen. Stephen Townsend said in a statement. “His removal makes Somalia and neighboring countries safer.”

AFRICOM has launched six airstrikes in Somalia since April 2, including one on Monday in which five terrorists were killed, it said.

AFRICOM said no civilians were killed in Monday’s strike on Jilib, around 230 miles south of the capital, Mogadishu, but it is investigating reports that allege there were civilian casualties.

“As with any allegation of civilian casualties U.S. Africa Command receives and reviews any information it has about the incident, including any relevant information provided by third parties,” it said.

AFRICOM announced last week that it will begin issuing quarterly reports on the outcomes of its investigations into civilian casualty claims as a way to boost transparency.

To date, AFRICOM says only one civilian has been killed in its airstrike campaign in Somalia, but the human rights group Amnesty International says the number is higher. The group has reported that more than a dozen civilians have been killed in U.S. airstrikes in recent years.

AFRICOM this year intensified the pace of airstrikes in Somalia, where Al-Shabab has been waging an insurgency for more than a decade. The group is weaker now than it was at its peak in 2011, when it controlled part of Mogadishu as well as the strategic port city of Kismayo, south of Jilib. Since then, an international military effort has helped push the group out of many of its former strongholds, but al-Shabab still carries out high-profile attacks in Somalia and abroad, particularly in neighboring Kenya.

The group could pose a threat well beyond East Africa, AFRICOM has warned. While al-Shabab hasn’t demonstrated an ability to carry out attacks in the West, AFRICOM officials say that could change if the group is left unchecked.

“By assisting our partners in East Africa, we diminish a serious threat to Somalia as well as to the U.S. homeland,” said AFRICOM spokesman Col. Christopher Karns in a statement. “Our efforts help to protect Somalis, Americans, and our international partners."