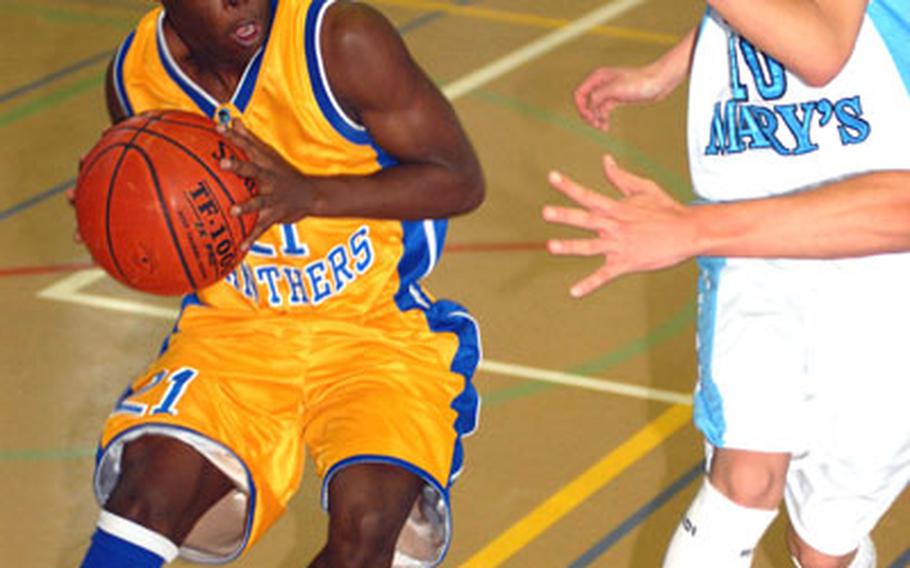 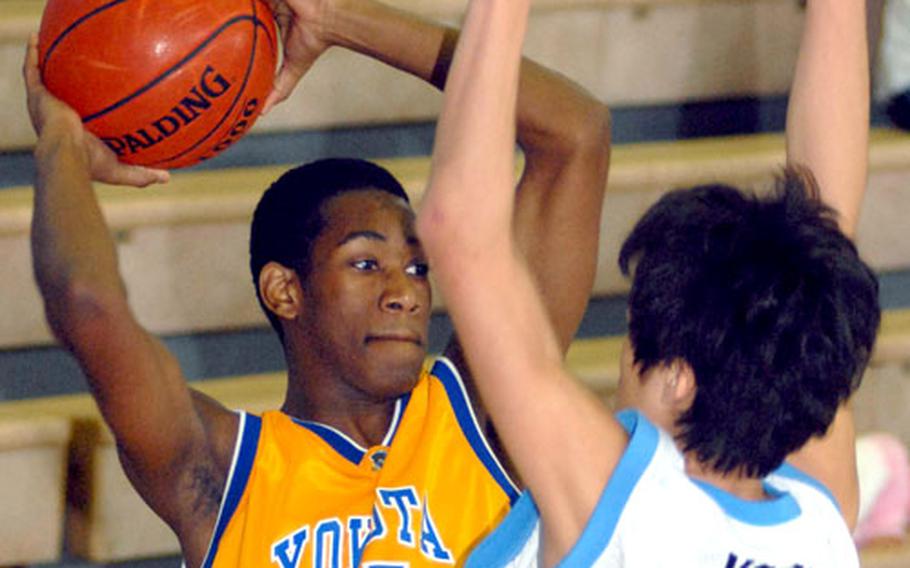 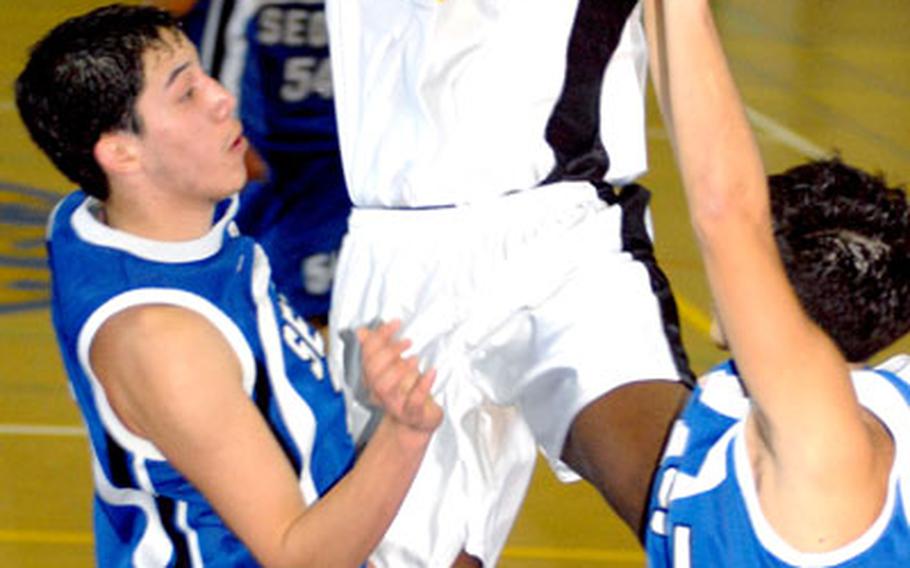 Scores and summaries at end of story.

YOKOTA AIR BASE, Japan &#8212; It was much closer than the last time the teams met, but Yokota&#8217;s Caiveon Thomas helped ensure the outcome remained the same.

The senior center scored 19 of his game-high 27 points in the second half, leading the Panthers back from a 12-point first-half deficit and past Seoul American 65-62 on Friday as pool play in the inaugural New Year&#8217;s Classic concluded.

It was a far cry from the last time the teams met on Feb. 25, in the Far East Class AA tournament on Okinawa, when Yokota prevailed 74-52. For Thomas, though, it was a typical performance, coach Paul Ettl said.

Yokota trailed 16-4 in the first five minutes, rallied behind senior guard Peter Weaver&#8217;s three three-pointers to lead briefly late in the first half, then fell behind by 12 points again in the third period before charging back.

The turning point came with 1:06 left, when Seoul American&#8217;s Raidion Fails fouled out and also was hit with a technical foul. Cameron Shelton hit two free throws and Thomas another to put Yokota in front for good, 64-62.

Yokota finished 3-0 in pool play and earned the top seed in the playoffs of the three-day, event featuring the past four champions of the Class AA tournament.

&#8220;We were looking for an opportunity to get more games against high-quality competition with the goal of getting better by the end of the season,&#8221; Ettl said. &#8220;They (Boyd, Sava and Bliss) felt the same way I do. They wanted a chance for their kids to get better.&#8221;

The New Year&#8217;s Classic was run at no cost to DODDS-Japan and with approval of DODDS-Japan&#8217;s district superintendent&#8217;s office, Yokota principal Richard Schlueter said.

The outlying schools, Seoul and Kadena, raised their funds to pay for the trip. Players were billeted in Yokota&#8217;s temporary billeting facility and were shuttled around by coaches driving borrowed DODDS vans.

The thought that the tournament entrants were the last four Class AA tournament winners was &#8220;coincidence,&#8221; Ettl said. &#8220;When we put it together, it just worked out that way. That makes it more special.&#8221;

Bliss was pleased with the timing of the Classic, just before the end of the 2&#189;-week holiday break.

For Boyd&#8217;s Falcons, the New Year&#8217;s Classic merely continued their long, busy winter &#8212; Seoul American played in the Pacificwide Open Holiday Tournament at Osan Air Base and a company-level tournament at Yongsan Garrison and twice played the school&#8217;s alumni team last month and ended Friday&#8217;s play 19-12 &#8212; on place to play a Pacific-record 55 games this season.

Perhaps another match down the road with Yokota.