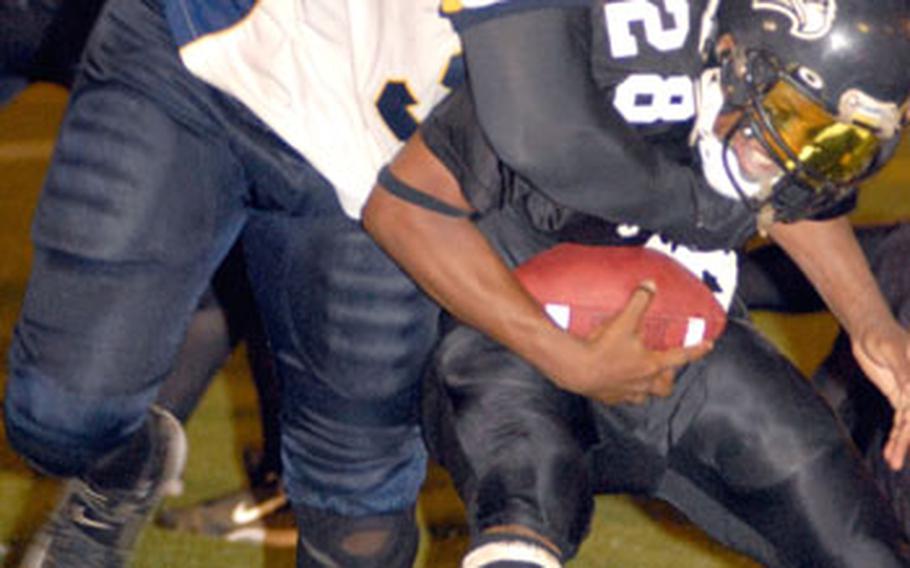 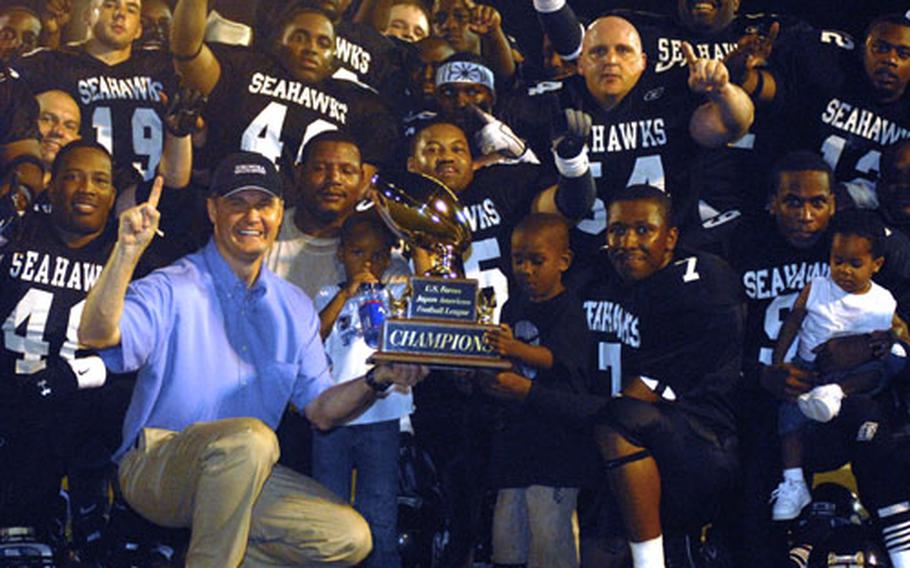 YOKOSUKA NAVAL BASE, Japan &#8211; Yokosuka cornerback Stryon Linder could not have timed his only interception of the season any better.

With neither offense generating a thing, Linder returned an interception 80 yards for a touchdown with 7:44 left, leading Yokosuka past Yokota 7-0 in Saturday&#8217;s Torii Bowl at Yokosuka&#8217;s Berkey Field.

It is the Seahawks seventh U.S. Forces Japan-American Football League title after the lowest scoring Torii Bowl in league history.

Yokosuka was playing its first game in five weeks, since losing the regular-season finale 6-3 at Yokota. Since then, the Seahawks managed only one good practice with many players deployed or facing other duty issues.

The Seahawks managed to penetrate to Yokota&#8217;s 19-yard line on the first play of the final quarter, while the Warriors only got as far as Yokosuka&#8217;s 44 twice.

Yokota took the ball following a 24-yard Seahawks punt at the Yokosuka 47 with eight minutes left. Quarterback Leonard Ooten threw down the left sideline, going for wideout Bruce Turner, but Linder stepped in front of the ball and darted up the right sideline.

Yokota had two tries to tie it, the first ending on a sack with 4:27 left and the other when A.J. Eversley was forced to punt from the back of the end zone with just under a minute left.