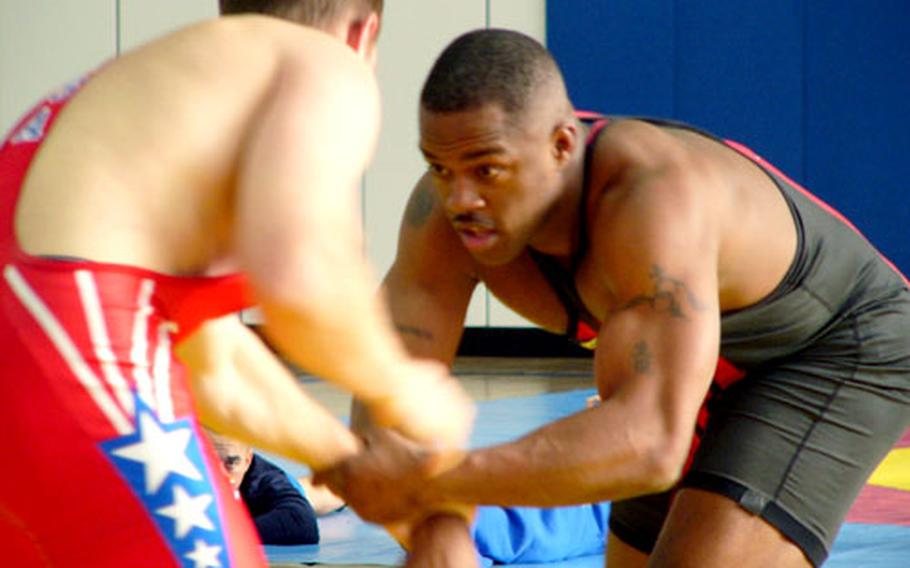 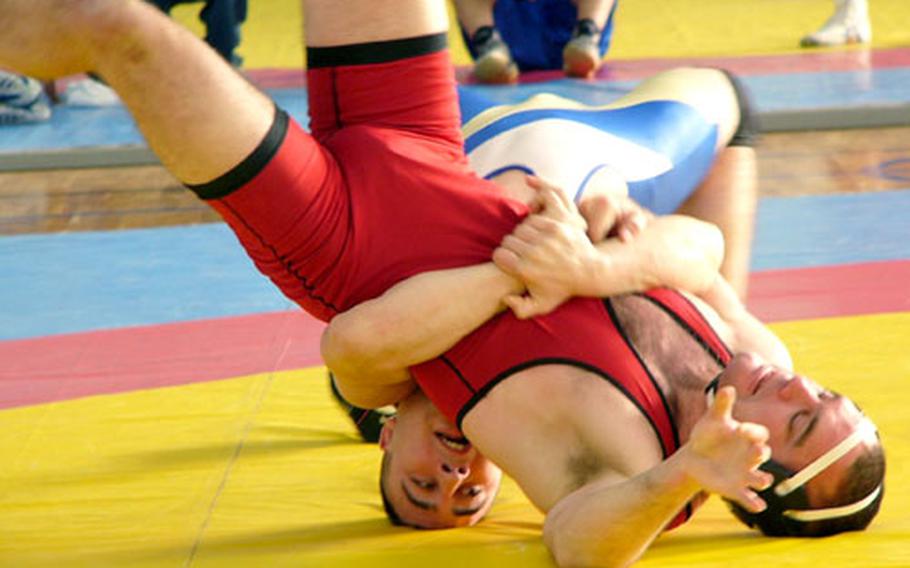 VAIHINGEN, Germany - Sunday was a day of beginnings and endings as the IMCOM-Europe U.S. Forces wrestling championships closed a two-day run at Patch Barracks here.

Beginning was the potential All-Army career of 20-year-old Richard Pabon of Darmstadt.

Pabon, a military policeman in his 11th month of military service, walked away from his first wrestling tournament in over two years with gold and silver medals at 163 pounds. He reports to his first All-Army trial camp next month.

Ending was the wrestling career of Stuttgart veteran Maurice Evans. Evans, 39, who made the All-Air Force team four years during his run, placed his wrestling shoes at the center of the mat at the conclusion of the meet.

But Evans, who finished out of the medals in Sunday&#8217;s freestyle tournament after a 4-1 loss to eventual champion Matthew Bernard of Baumholder, had no trouble keeping up with the younger guys on Saturday.

Pabon, a Pennsylvanian who pinned two of his three opponents on Sunday, clearly qualifies as one of those young guys Evans cited. Pabon used this tournament to cap his return to the sport after a basic-training imposed moratorium.

One of those tough guys will be 211-pound champion Charles Daniels, a World Class Athlete who ranked No. 7 nationally in 2001. Daniels of Ansbach outquicked Kevin Sanger of Kaiserslautern Military Community 5-2 for his gold.

Eliot Thomasma of Baumholder was the only wrestler to pick up double gold over the weekend. He beat Paul Justice of Kaiserslautern Military Community each day in the heavyweight bout, with Saturday&#8217;s gold coming in his first-ever Greco bout.

Running away with the team title was Kaiserslautern Military Community, a 124-52 winner over runner-up Baumholder.

KMC was coached by Lorenzo Peterson, the 211-pound Greco champ, USAFE athlete of the year and All-Air Force wrestler.