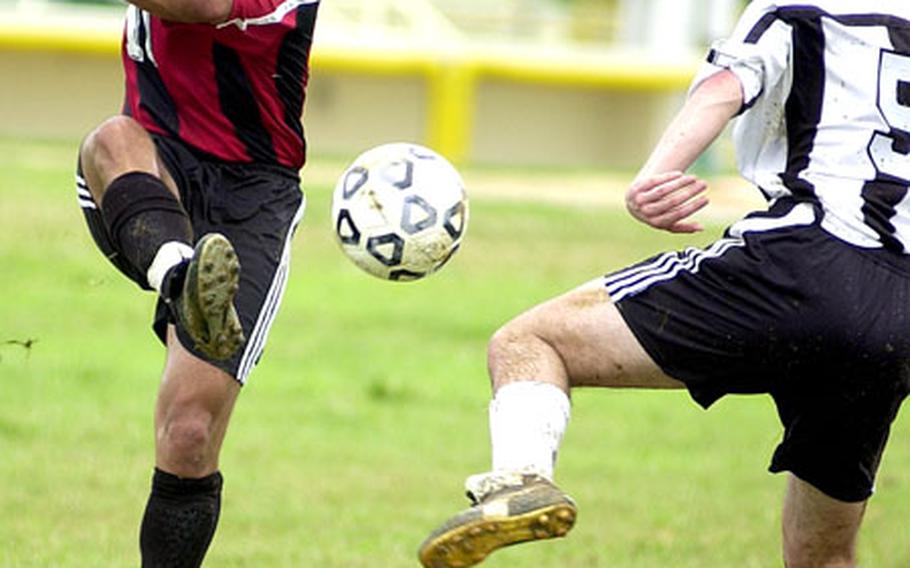 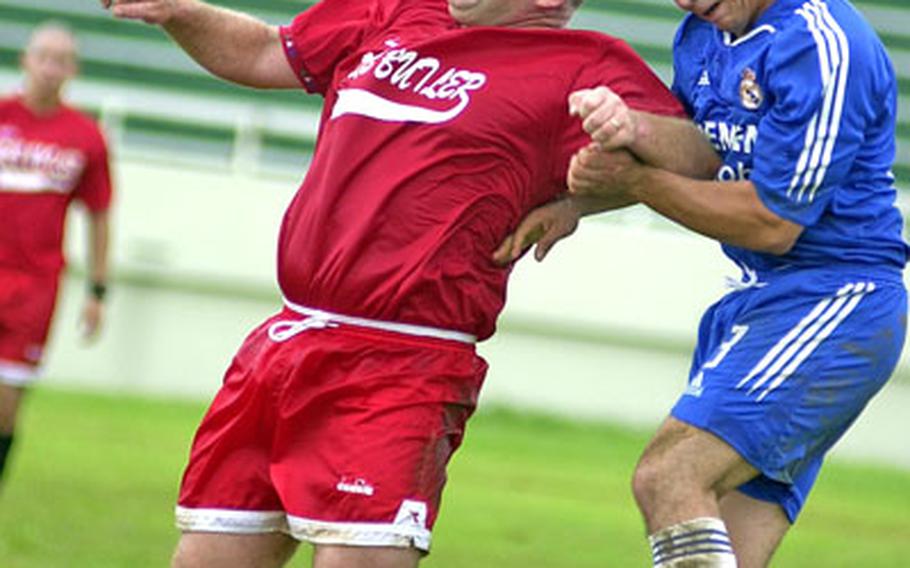 CAMP FOSTER, Okinawa &#8212; The teams from Iwakuni Air Station of Japan and Marine Corps Base Hawaii were greeted by rain when they arrived Saturday for the Marine Forces Pacific Regional Soccer Tournament.

Then they spent almost all of Sunday in lockdown courtesy of Typhoon Meari.

Finally, when the weather cleared, the two teams headed out to clear the cobwebs.

When play finally began at 11 a.m. Monday, weather continued to be a factor: Southeasterly winds, a Meari leftover, gusted up to 30 mph, turning each match into what one coach called a &#8220;two-half game.&#8221;

The teams with the wind at their backs outscored the ones with the wind in their faces 18-9, which helps account for five of the seven teams finishing the first day with 1-1 records, including two-time defending champion Hawaii and 2003 runner-up Iwakuni.

A 2-1 Hawaii loss to 1st Marine Aircraft Wing served as a &#8220;psychological blow,&#8221; said Hawaii caoch Andy Gasper, who partly blamed the loss on the conditions.

&#8220;We have some guys who are serious about soccer, they practice and put in the time, and that makes a difference,&#8221; said Mel Harris, who serves as a sports advisor for Hospital.

Only 3rd Force Service Support Group, which won the tournament in 2000 and 2001, went unscathed Monday. It won two matches, thanks to Thomas Raburn&#8217;s six-goal performance.

But at least one coach says the tournament is wide open.