Watanuki took inspiration and ran with it 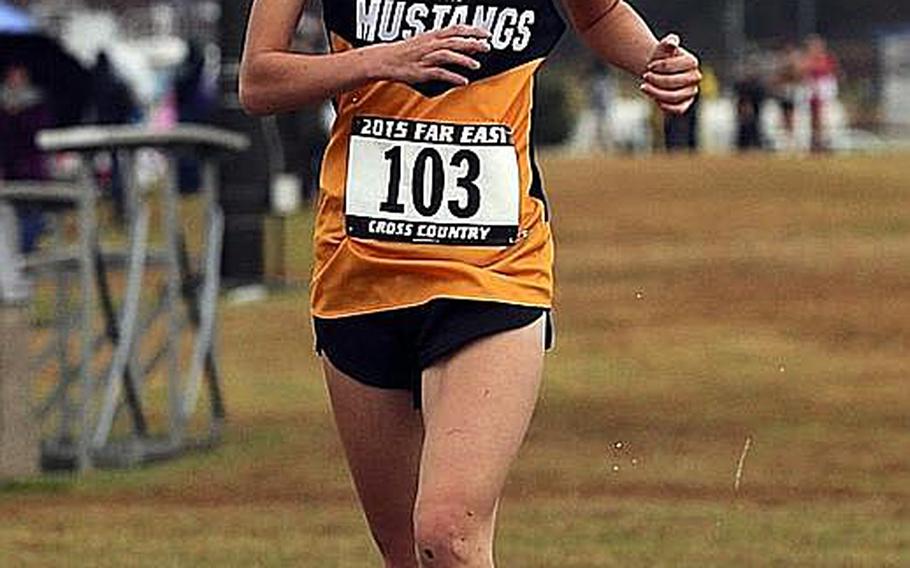 Every now and then, it’s an athlete who’s come and gone, who’s already left a mark on their particular league or region, who ignites the fire and lends purpose to those who come after.

In the case of Lisa Watanuki, an American School In Japan junior who swept the Asia-Pacific Invitational, the Kanto Plain finals and the Far East meet this season, it was the girl who accomplished the same feat in the 2014 season who provided those fireworks.

“I owe her for pushing me. I think she elevated all of our levels. We knew she was fast, but we wanted to push ourselves. She helped heighten our motivation,” Watanuki said.

Her coach Ryosuke Suzuki agreed, saying that Shappell “definitely” provided motivation, “seeing that there’s always a good runner ahead of you. Brittani was in another league.”

Watanuki didn’t try to follow Shappell’s act, she said, but set about trying to create one of her own.

Watanuki then won the Kanto finals, clocking 19:32.4, nearly a full minute ahead of teammate Anna Sheng – and 15 seconds better than Shappell’s best 5-kilomter time of a year ago.

Then came the Far East meet, where Watanuki clocked 20:07.31, 33.29 ahead of her time last year and 32.3 better than Division I runner-up Wren Renquist of Kadena.

And she accomplished that sweep in different conditions each time, tropical-storm conditions on Oct. 16 on Guam, beautiful sunny skies a week later in the Kanto meet, and rainy, windy, frigid weather during Far East at Camp Fuji.

For those feats, Watanuki succeeds Shappell as Stars and Stripes’ Pacific high school girls cross country Athlete of the Year.

“Lisa wasn’t afraid to take off after that first hundred meters,” Suzuki said, another trait that Watanuki picked up from Shappell. “Lisa knew she could close those gaps, work hard, train hard over the summer; she would set a goal and she followed it.”

Watanuki didn’t win every race this season, losing by 1.2 seconds in a Kanto regular-season race to teammate Tatiana Riordan, another former Stripes seasonal Athlete of the Year for track in 2014.

But Watanuki did capture five of six races, and said she had not just Shappell, but her coaches for giving her the needed workouts and her teammates for helping her with summer and in-season workouts.

Whereas Watanuki said she trained with four or five runners over the summer before her sophomore year, that number increased by threefold this summer. “That’s pretty amazing,” she said.

She said she was particularly grateful to teammate Anna Sheng, whom she said had made “spectacular” improvement over the last year. “I’ve been running with her for a long time. I look up to her. She’s great.”

Now, it’s on to track season, where Watanuki and others will look to again fill the shoes vacated by Shappell, a multiple Pacific and Far East meet record holder.