U.S. men get a lesson in 4-1 soccer loss to Germany German goalie Oliver Khan and U.S. forward Eddie Johnson converge on a long, bouncing shot toward the end of Germany’s 4-1 win over the U.S. on Wednesday in Dortmund. The ball, kicked by U.S. defender Steve Cherundolo, bounced into the goal for the only U.S. score. (Brandon Beach / U.S. Army)

German goalie Oliver Khan and U.S. forward Eddie Johnson converge on a long, bouncing shot toward the end of Germany’s 4-1 win over the U.S. on Wednesday in Dortmund. The ball, kicked by U.S. defender Steve Cherundolo, bounced into the goal for the only U.S. score. (Brandon Beach / U.S. Army) 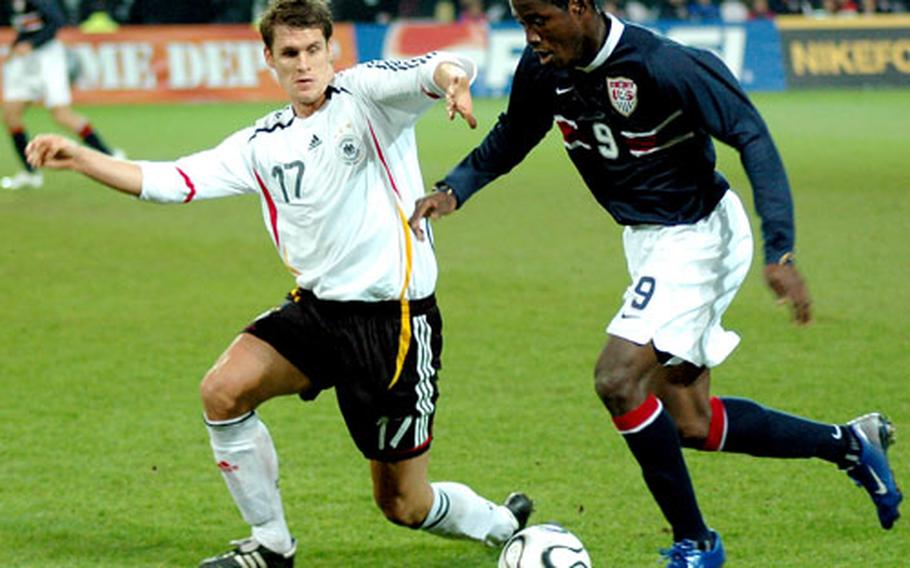 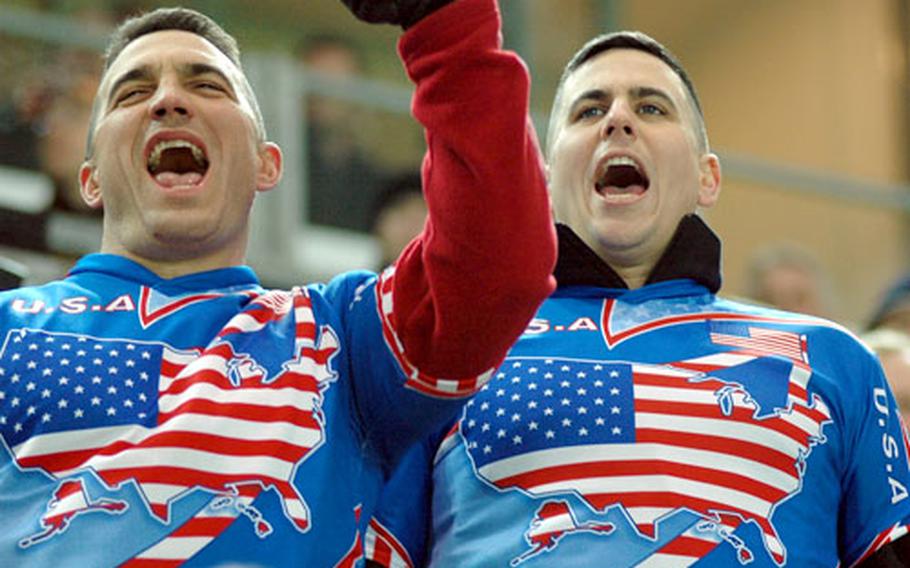 Sure, the U.S. men&#8217;s soccer team got trounced Wednesday. For decades, Germany has been a world power, and it looked the part in defeating the Americans 4-1 after a scoreless first half.

But the game, played before 64,500 fans at Signal Iduna Park, served as a final exam for some of the players vying for a spot on U.S. manager Bruce Arena&#8217;s World Cup roster.

It also served as a learning experience. The Americans got a big helping of the high-intensity soccer they&#8217;ll face when the World Cup starts June 9 in Germany.

Later, the Americans turned the tide. Bobby Convey drew a penalty, and the ensuing free kick forced German goalie Oliver Khan to make an awkward save. Convey later took a long pass and zigzagged around his defender, his deflected shot forcing a corner kick.

As the teams left the field at halftime, the boos and derisive whistles of the German fans must have sounded like music to the Americans&#8217; ears.

Then two different teams emerged from the locker rooms.

A quick turnover led to a German free kick 20 seconds into the second half, which Bastian Schweinsteiger rocketed past a haphazard U.S. defensive wall and diving goalie Kasey Keller from 25 yards out.

&#8220;To give the game away in the opening kickoff of the second half was very foolish and very poor play on our part,&#8221; Arena said.

The game was hardly over. The U.S. threatened in the 66th minute with a strong header by Eddie Johnson that forced Khan to make a fully extended diving save. With 24 minutes left, plus extra time, the U.S. was still in the game.

Then the Americans imploded, and Germany&#8217;s skilled forwards made them pay.

Oliver Neuville took a pass on the bounce and struck it brilliantly into the top left corner of the goal in the 73rd minute. Two minutes later, Miroslav Klose broke free down the right and sent a shot past the helpless Keller and inside the right post.

Klose closed the deal in the 79th minute with a centering pass to Ballack, who was undefended for the easy header.

Steve Cherundolo scored for the Americans with five minutes left when his long kick from midfield bounced over Khan, who had collided with the onrushing Johnson, and into the goal.

Arena will use the April 11 game for more player evaluation before he decides on his final World Cup roster, which is due May 15.