Transfer could put Humphreys over the top 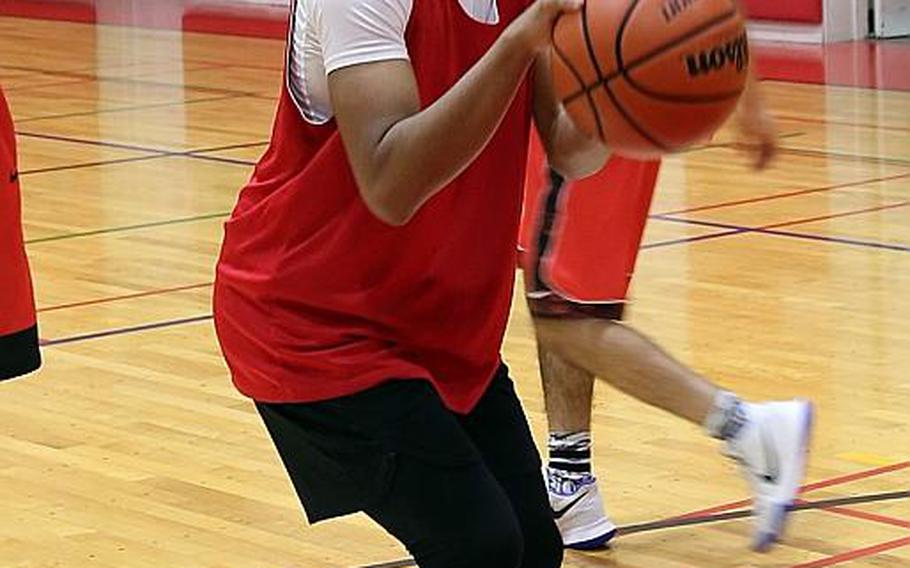 Junior Jeremiah Stewart is one of four key players that Zama boys basketball hopes can continue the team's turnaround from a near-winless season two years ago. (Theresa Ames/Special to Stripes) 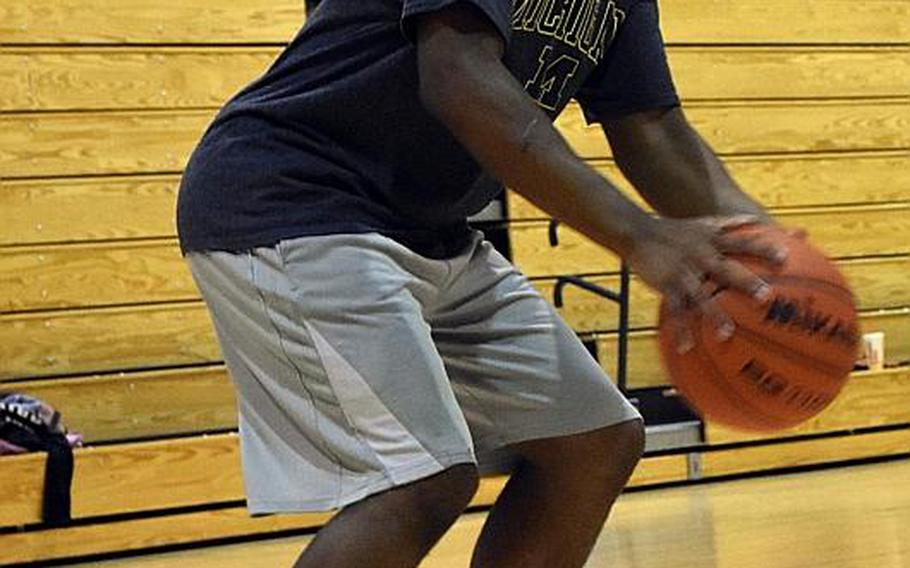 Junior Bishop Fields is one of a core of three players around which Daegu boys will build. (Mary Sarantakes/Special to Stripes) 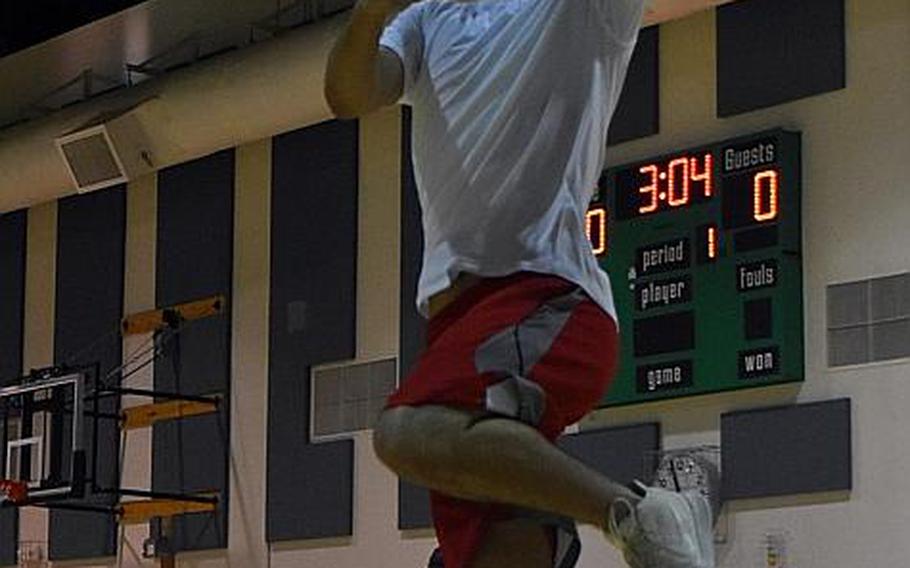 Ethan Rodriguez is one of a core of three players on which Daegu's boys' hopes rest. (Mary Sarantakes/Special to Stripes) Daegu's Elijah Bembischew and Brandon Huffman go at it during practice. (Mary Sarantakes/Special to Stripes) 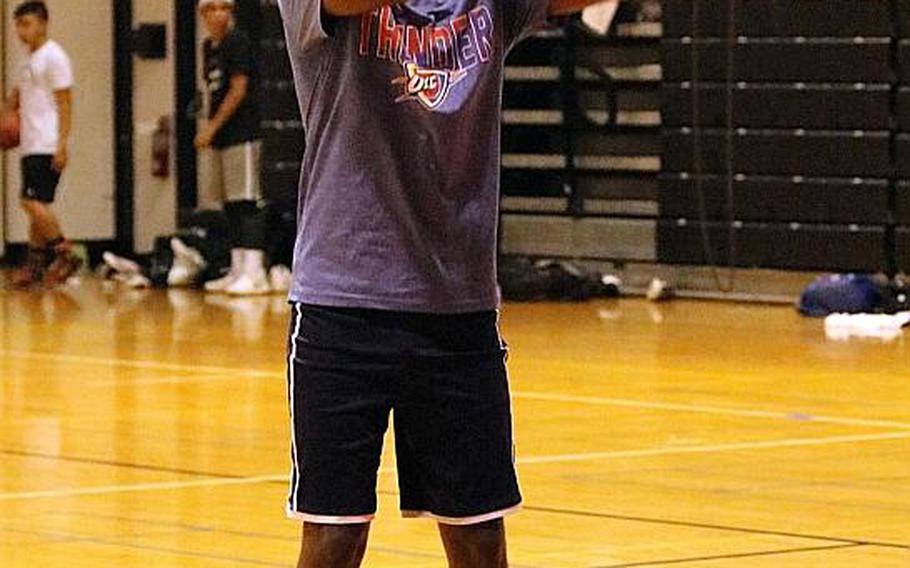 Jon Fick, in his 12th season coaching Kubasaki boys basketball, is hoping to point his Dragons toward a sixth Far East Division I title on his watch. (Dave Ornauer/Stars and Stripes) 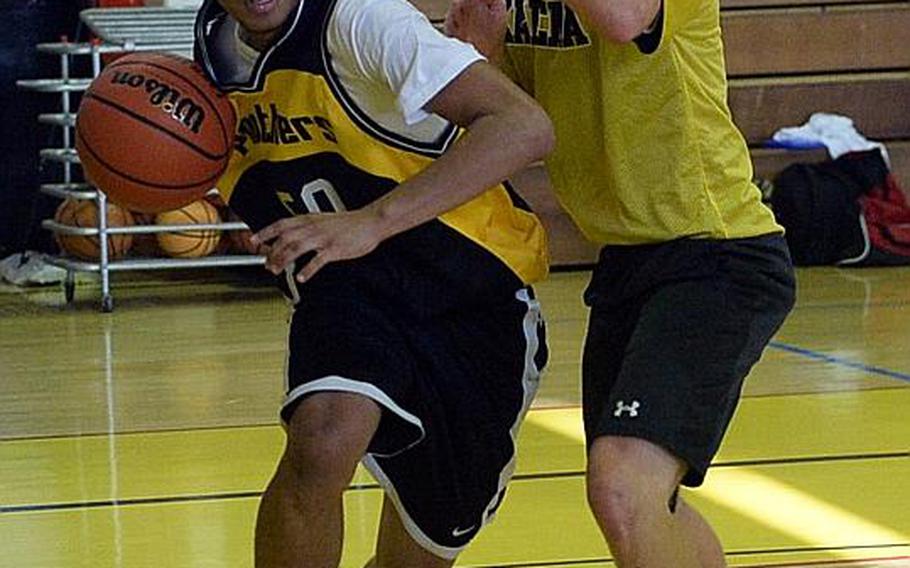 Coach Ron Merriwether said he could not have asked for a better move-in than having Quintin Metcalf transfer from Seoul American to his Humphreys boys basketball team.

The 6-foot-8 junior center averaged 27.4 points, 17.1 rebounds and 3.4 blocks in leading the Falcons to the Far East Division I Tournament title and earning Most Valuable Player honors last February.

“The addition of Metcalf is by far the biggest acquisition Pacific-wide,” Merriwether said.

And it might mean bigger things for a Humphreys team that has just missed the last two years on the biggest of stages.

After winning the Korea Blue division regular-season titles in 2016 and 2017, the Blackhawks came up short in both the Korea post-season and Far East Division II Tournaments, second in 2016 and third in 2017.

Merriwether says he’s hoping this will be the year that changes. The biggest reason being depth.

“My best teams I’ve ever coached, I could go eight deep,” he said, pointing to last season when he lost his leading scorer for the two tournaments, “when it counted. We were adjusting, looking for another way to get the job done.”

With the addition of Metcalf, “the process is complete. We get such a dynamic leader mixed with what I have coming back,” Merriwether said. He also brings back Brice Bulotovich and Jalen Hill in the paint and Josh Weaver in the backcourt.

“With six or seven players, we’d get tired. With eight or nine, we’re deeper and I’m feeling good about that,” Merriwether said

It also helps Humphreys stay on track for what Merriwether calls his five-year plan to win the D-II title. “It normally takes 3 to 5 years to build a program and we are right on schedule,” he said.

While Humphreys is taking dead aim at Korea Blue and D-II hardware, Seoul American – and coach Steve Boyd, back for a 15th season with the Falcons after hinting at retiring last year – faces a major rebuilding task, with just one member of last year’s varsity back.

“We will be short, but quick and fast and will utilize these assets to be competitive,” Boyd said. “I expect a slow start, but we’ll be competitive by Far East.”

One new twist to the Far East tournaments: For the first time, the Divisions I and II tournaments will be played at the same site, Kubasaki, Jan. 30-Feb. 2.

A quick informal poll of D-II team coaches showed Humphreys appears to be the prohibitive favorite.

To get back to the D-II final, the teams that contested for the title last year, champion E.J. King and runner-up Yokota, might have a building job on their hands.

One starter, Dyson Robinson, a junior guard, returns for the Cobras. A core of three, Renyck Robertson, Kishaun Kimble-Brooks and Cody Rowan, are back for Yokota.

Except for Seoul American, the D-I teams look flush in returners. The most high profile new face belongs to Kadena, where three transfers have arrived, including guard Eric McCarter from San Diego.

“Not much height, but speed and quickness and a lot of depth,” Kadena coach Robert Bliss said. “A lot of guys will play a lot of minutes.”

Kubasaki must get past the loss of point guard Dylan Canlas, who fractured an ankle in the off season. Beyond that it’s “essentially the same team we had last year, but with nice new pieces,” coach Jon Fick said. “A year older, a year stronger, a year better.”

Nile C. Kinnick is in the same situation, only with a couple of new additions, senior Aaron Peterson, a guard from Texas, and freshman swingman Chris Watson.