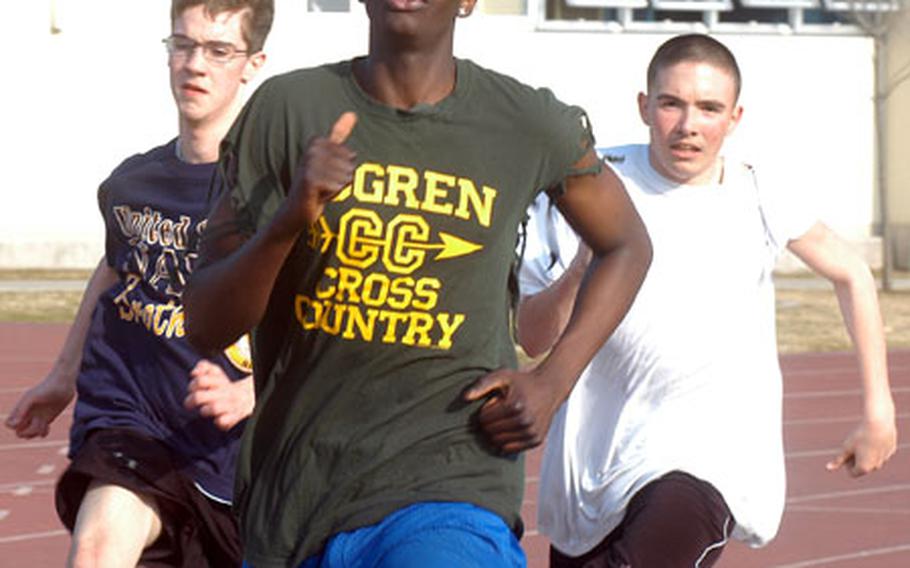 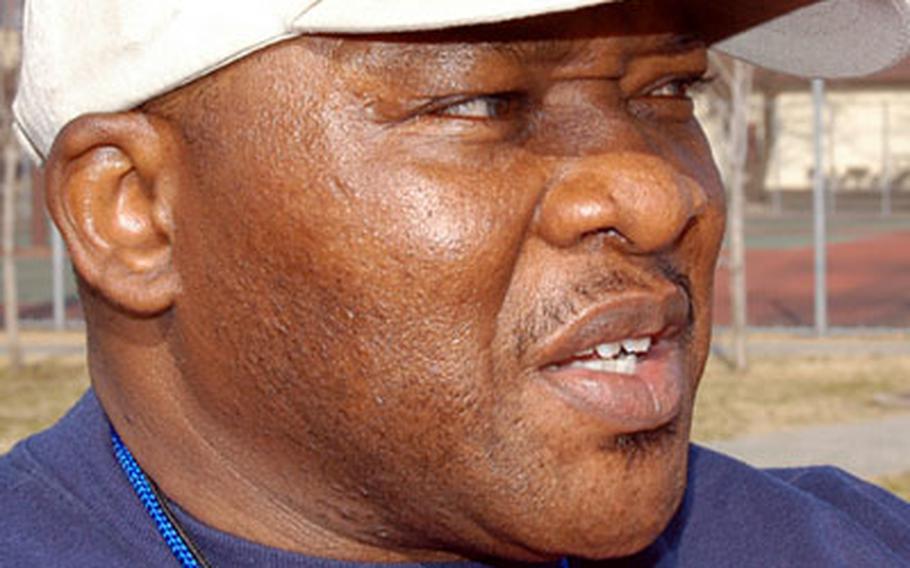 So he spent part of the early spring gathering information about who&#8217;s interested in sprints, long-distance runs, throws and jumps. Now, 26 high-schoolers and 20 middle-schoolers are practicing on Edgren&#8217;s rubberized track.

Track and field has principal Michael Johnson&#8217;s blessing to operate as a club, the same way the Misawa Cougars began as a baseball club in 2002. DODDS-Japan policy regarding startup sports programs requires observation by the district and the school to see whether interest and continuity can be maintained for three years. If so, full DODDS funding is considered.

As a club, the Flyers must raise their own funds, schedule their own transportation and beg their way into meets.

Edgren&#8217;s baseball and girls softball teams, which put in their three years, get such perks.

But Ruffin and his band of athletes already have received $2,500 in donations from a church group, the officer&#8217;s club and others. And team members conducted one fund-raiser in which they carried bags from the PX to customers&#8217; cars.

The Flyers already have taken part in a March 26 Kanto Plain Association of Secondary Schools meet at Yokota Air Base, where they took home six gold medals.

The Flyers continue to prepare for future meets, including the May 14 Kanto Plain championship in Tokyo.