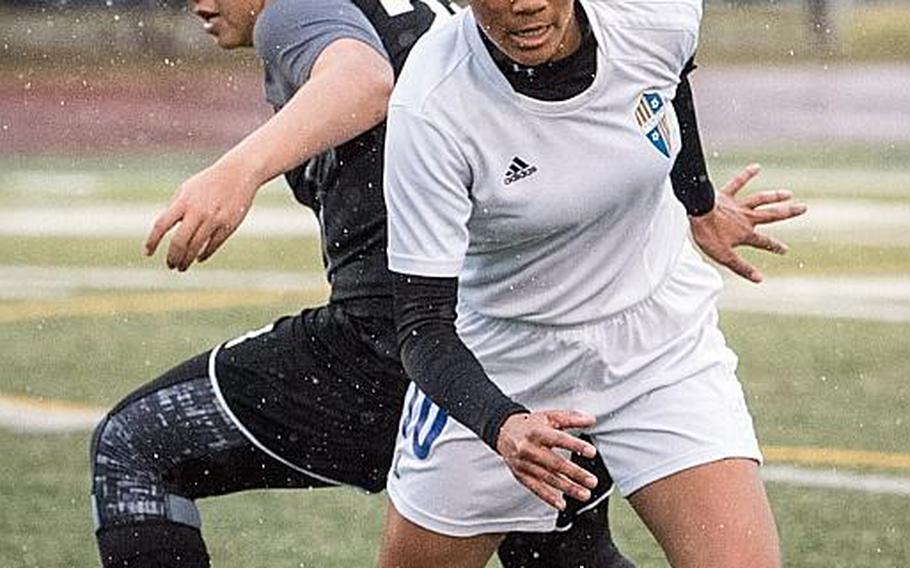 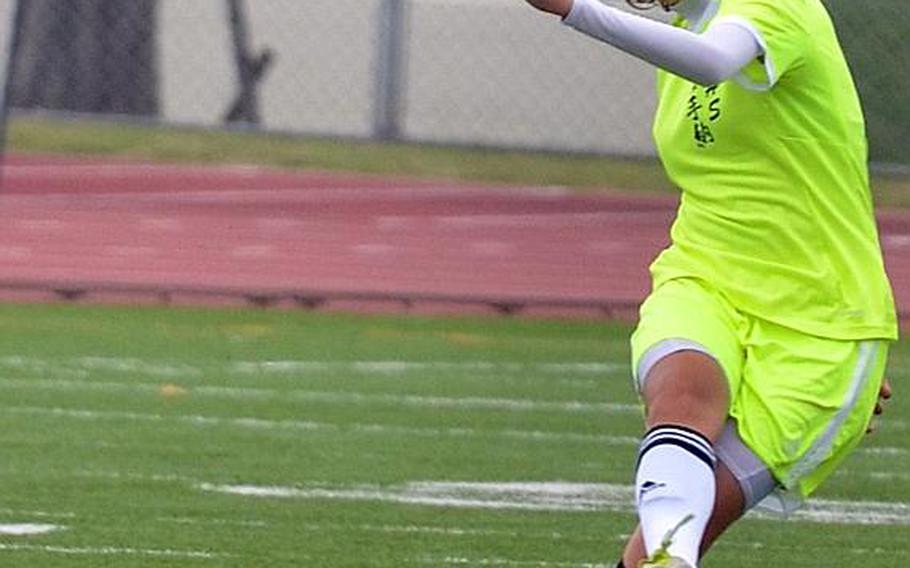 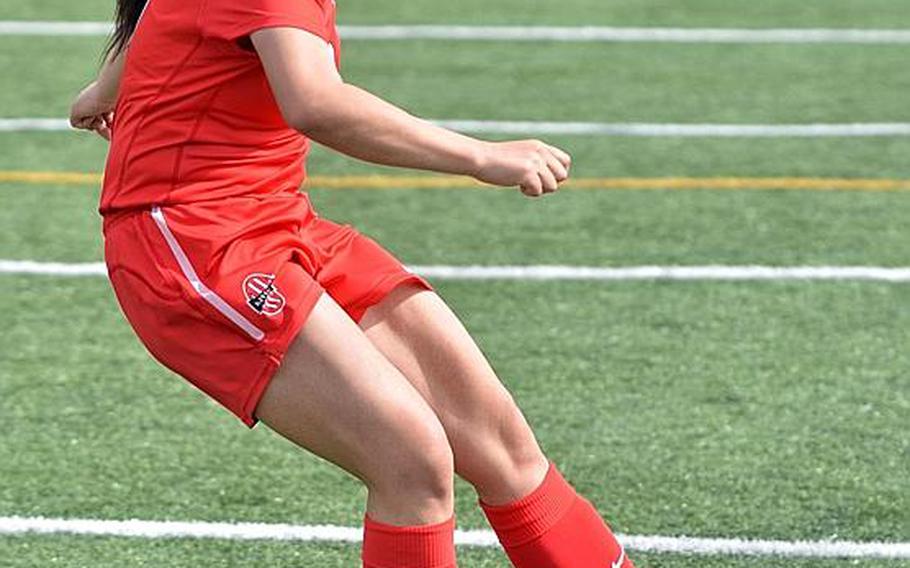 Buy Photo
Senior Kiralyn Kawachi is one of three key returners to the lineup for a Nile C. Kinnick girls soccer team that's finished second in the last two Far East Division I Tournaments, but faces a rare rebuilding season in 2017. (Dave Ornauer/Stars and Stripes) 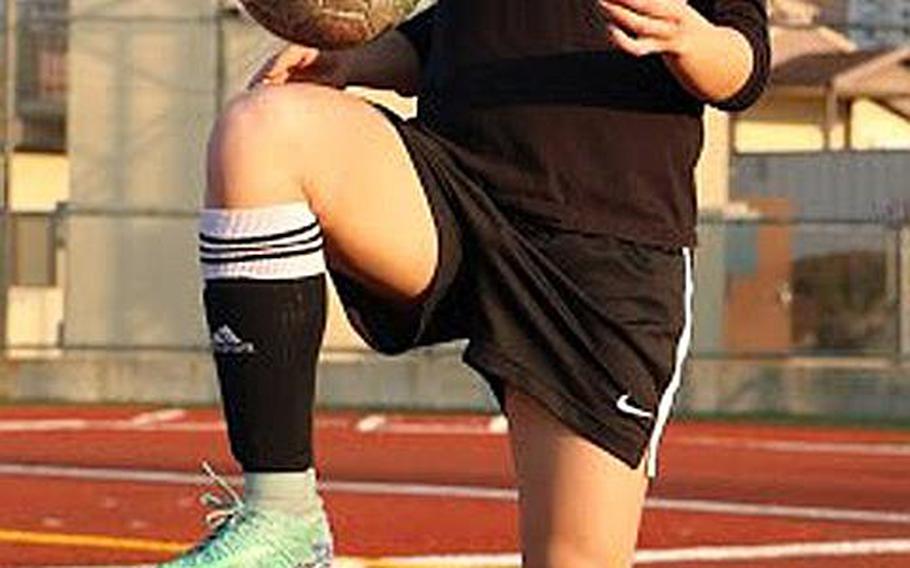 Sophomore Ashley Clifton, who had five goals and six assists last season, transferred from Seoul American to Daegu, where she figures to be a cog in the Warriors' rebound from a winless 2016 campaign. They already have one victory to their credit, 3-0 over Humphreys on Wednesday. (Laura Lee/Special to Stripes) 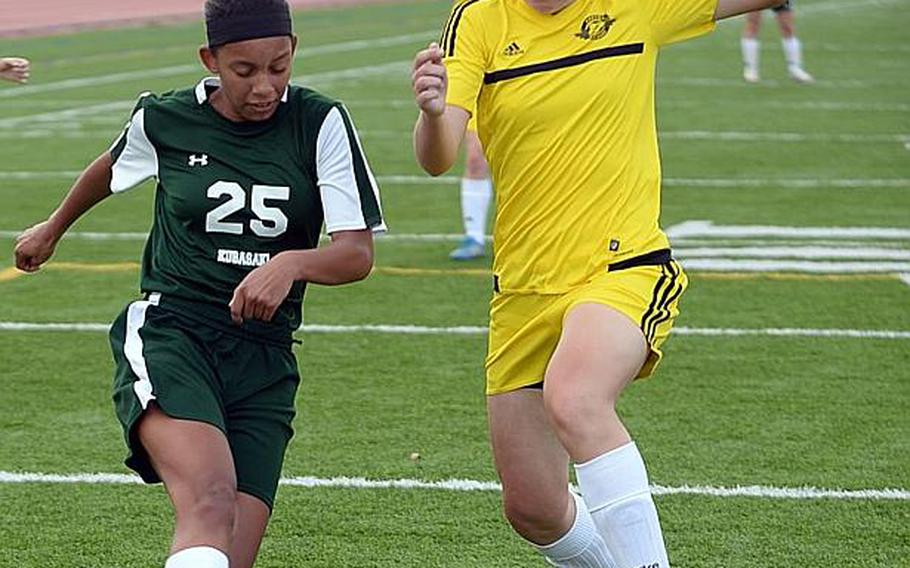 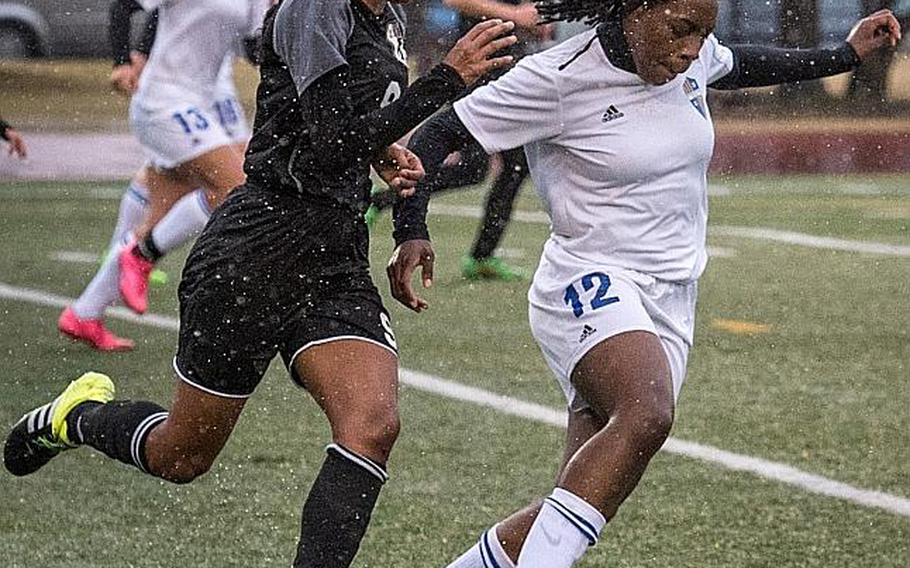 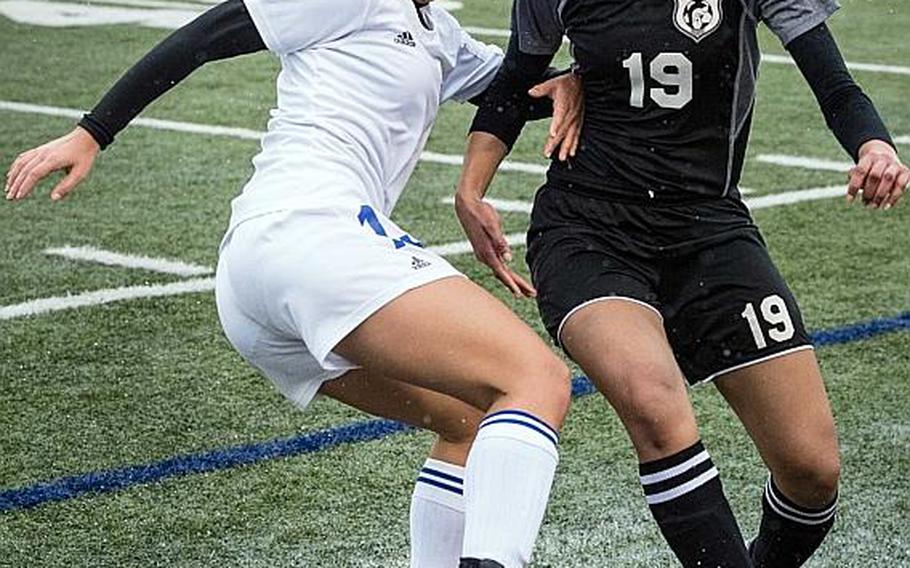 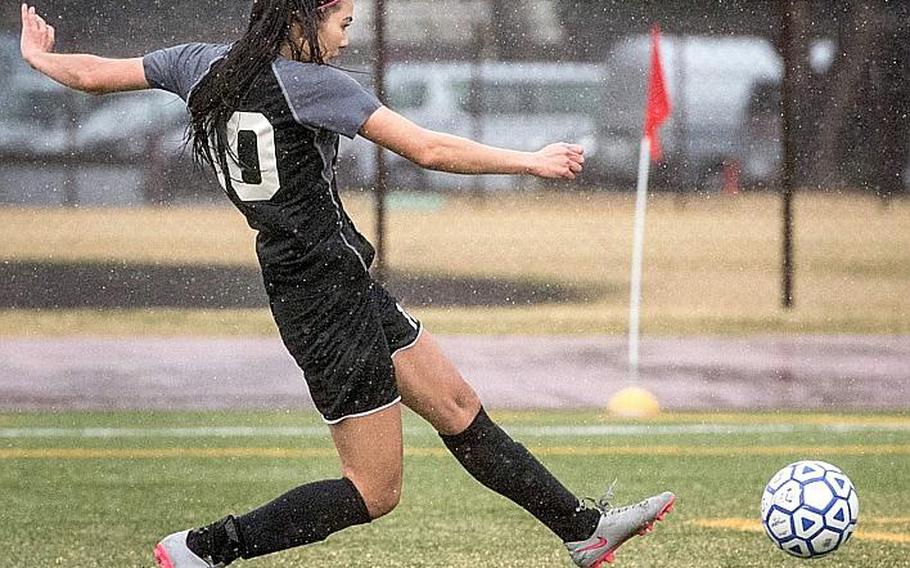 Senior Amanda Stephens, who had nine goals last season for Zama, has already scored eight times for the Trojans, who began the season 2-1, including a 4-1 win Tuesday at two-time defending Far East Division II champion Yokota in which Stephens scored four times. (Jack Higbee/Special to Stripes)

YOKOTA AIR BASE, Japan – A hard chill permeated Yokota’s Bonk Field on a dank, cloudy recent afternoon. But during girls soccer practice, the action was anything but cold.

“They’re the strike force,” said Whipple, in his 12th season at the helm of the two-time defending Far East Division II champion Panthers. “They’re going to score. That makes for a happy coach.”

Indeed, the trio has combined for 10 goals for Yokota, 2-1 out of the gate so far this season, taking two matches at Sasebo Naval Base last weekend before falling 4-1 to Zama on Tuesday in the rain.

Despite that hiccough, Whipple sees no reason why the Panthers can’t continue their momentum from late last season, which ended with a shootout victory over Osan in the D-II final.

“We’re ready to press on from where we left off last year,” said Whipple, who has five more returning players from the Panthers’ Far East team. “And we have several new additions whom we’re hoping will work out. Overall, we’re looking OK.”

Yokota should have plenty of company on the road to a three-peat, starting with that Zama team that’s flush in returning firepower in junior Rachel Norton (34 goals) and senior Amanda Stephens, who has eight so far this season.

Matthew C. Perry, third in D-II a year ago, lost two key midfield parts, but returns senior Bobbi Hill, with 108 goals in three season, including 66 last year, the most since Kadena’s Jen Abel (83) in 2007.

“The core of our defense and the point of offense hasn’t changed,” Samurai coach Tige Tarleton said.

“It will take a lot of hard work to match the skills of last year’s team,” Cougars coach Sung Plourde said. Osan is trying for its Pacific-record ninth D-II title.

Even E.J. King is making noise, getting off to a school-best 3-2-2 start behind freshman flash Gabi Shultz’s six goals.

But Kubasaki must get by without two-time D-I MVP Alexis Townsend, who transferred.

The Dragons still have talent, led by sophomore Myca Ingram’s 34 goals, but coach Steven Casner says he hopes to install “more discipline and more of a work ethic” to the team. “It’s not going to be easy. We have more holes than in the past. So they’re going to have to work for it.”

Junior goalkeeper Lexi Klimek and junior defender Tasher Odom are a continued presence on the back side, Casner said. “To have a trained, tough keeper is always a bonus. Tasher, she works her butt off, has a positive attitude; she’s a great teammate.”

Seoul American features a new coach, Francine Imrie, but returns powerful scorer Natalie Cargill. Kadena is starting over, having lost most of its scoring firepower, and American School In Japan also faces its building challenges, with a new coach, Shane Prairie.