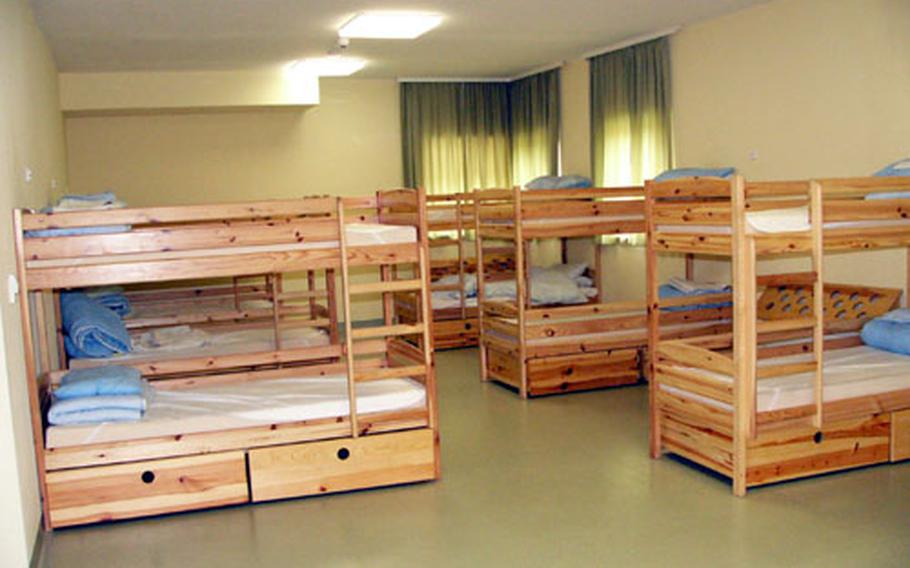 Instead, Truini and his teammates find themselves sleeping in bunk beds in spacious 14-player rooms that open to a lobby area, shower room and toilet facilities.

The arrangement gives a team the chance to be a team, day and night.

In addition to the players&#8217; quarters, each team&#8217;s living area includes a separate coaches&#8217; room with private bath and a lobby area with storage space for equipment. Also on each floor of the complex&#8217;s four dormitory building is a conference room for team meetings and nightly movies for the players.

&#8220;We can accommodate four teams per building,&#8221; said Assistant European Regional Director Shawn Sombati, a former umpire and graduate of Naples High School. &#8220;Last year, though, we ran the European and Transatlantic Regionals at the same time. We had 20 teams, so some of them had to stay at a high school dorm nearby.&#8221;

The off-site facilities weren&#8217;t as good, Sombati said, so officials received a lot of complaints.

This week, there have been no complaints.

Little League helps with the teams&#8217; nutritional needs, but there is no food service in the dorms.

Instead, Little League gives teams money to help pay for meals in town.

It also helps the local economy.

To show the teams where they can get something to eat, as well as serving as interpreters and tour guides, each squad is assigned two local students as volunteer guides.

The guides also show off their town and country on days when their teams aren&#8217;t scheduled to play.

Teams don&#8217;t have to bring their own equipment either.

&#8220;Each team has a soccer ball, basketball, volleyball, badminton rackets and pingpong paddles in its room,&#8221; he said.

The predominantly American players here gravitate toward the basketball hoops, including AFNORTH sixth-grader Brenda Broadwater, who shot some baskets Friday morning. But that wasn&#8217;t the most fun she&#8217;s had.