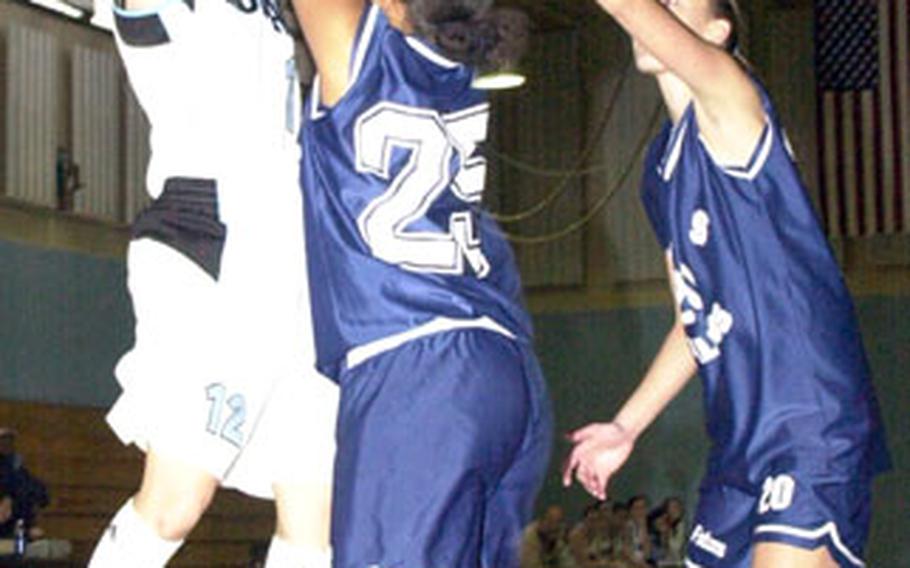 Things didn&#8217;t look so good at the start of the season for the Taegu American boys basketball team.

Instead of moping, the Warriors did something about it.

Emphasizing defensive quickness, crisp ball-handling and solid perimeter shooting, Taegu once more hit the road and came alive for a 73-63 victory over Taejon Christian International on Saturday that came on the heels of a 78-63 triumph Friday at Seoul International.

The Warriors&#8217; coach said those victories might have helped the team turn the corner.

&#8220;We had to change the identity and complexion of the team,&#8221; said Loyd, who transferred to Taegu after four seasons coaching Pusan American.

The emphasis, Loyd said, shifted from pushing the ball inside to attacking from deep.

Two regular-season games remain, both at home, on Friday against Seoul International and Saturday against Yongsan International-Seoul. Then comes the KAIAC tournament Feb. 9-10 at Seoul Foreign and the Far East Class A Tournament at Iwakuni Marine Corps Air Station, Japan.

Whether Loyd&#8217;s charges can become Class A title contenders remains to be seen, but he predicted that opponents will know they&#8217;ve been in a battle.

A four-year starter, Horsley helped Edgren stage a rally from a 20-3 first-quarter deficit, as the Eagles outscored the Panthers 20-9 in the second period and kept it close throughout.

Cabral usually puts a box-and-one zone defense on Horsley and the Eagles, but tried different defenses on Edgren in preparation for next weekend&#8217;s battle with Japan League leader E.J. King at Iwakuni Marine Corps Air Station.