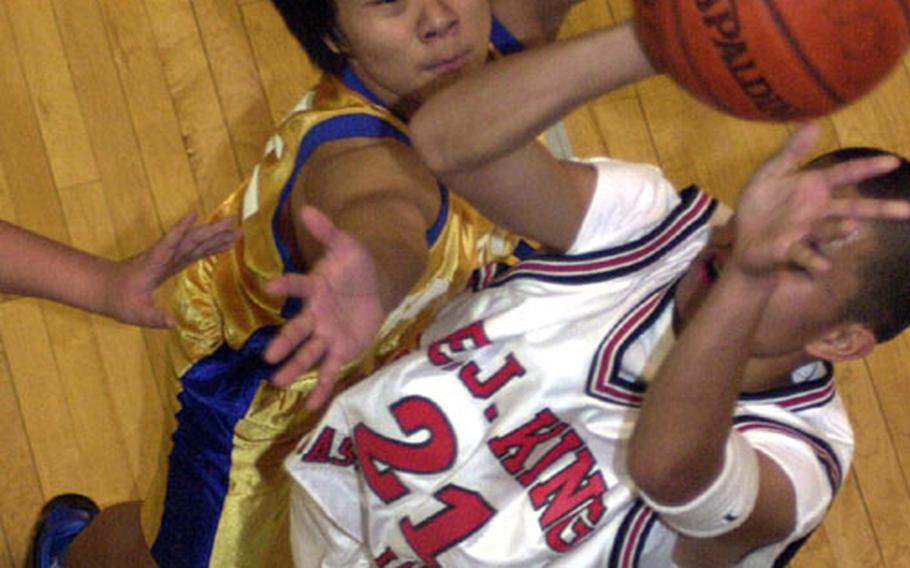 OSAN AIR BASE, South Korea &#8212; St. Paul Christian of Guam&#8217;s pressure defense can give a guard the feeling he&#8217;s trying to dribble through a wet blanket. And St. Paul runs the floor with an ease and quickness that leaves teams in its tracks.

St. Paul, which won the 2001 Far East boys Class A basketball tournament, appears primed for another title run. Opposing coaches are picking their brains trying to figure out how to stop the Warriors.

The Cobras are used to playing Japan Basketball League games against bigger, faster, more physical teams with much larger enrollments.

Rozic and Leighninger both said they&#8217;d not seen many teams with the seemingly bottomless pit of energy the Warriors have.

Two ID card holders, Andrew Borja and Ryan Itchon, play for a Warriors team that tore its way through its first four tournament opponents by an average of 34 points per game.

Although the island hasn&#8217;t claimed any team championships during the current Far East tournament season, it has enjoyed comparative success in smaller areas.

Willie Stinnett of Father Duenas Memorial, Brandon Cruz of Guam High and Stan Serisola of Simon Sanchez did the same in the Boys Class AA at Seoul, as did Mallary Duenas of St. Paul in the Girls Class A a week ago in Pusan, South Korea.

While hopeful, Pineda said it was too soon to consider the chance of St. Paul crowning the tournament season with a Boys Class A crown for Guam.