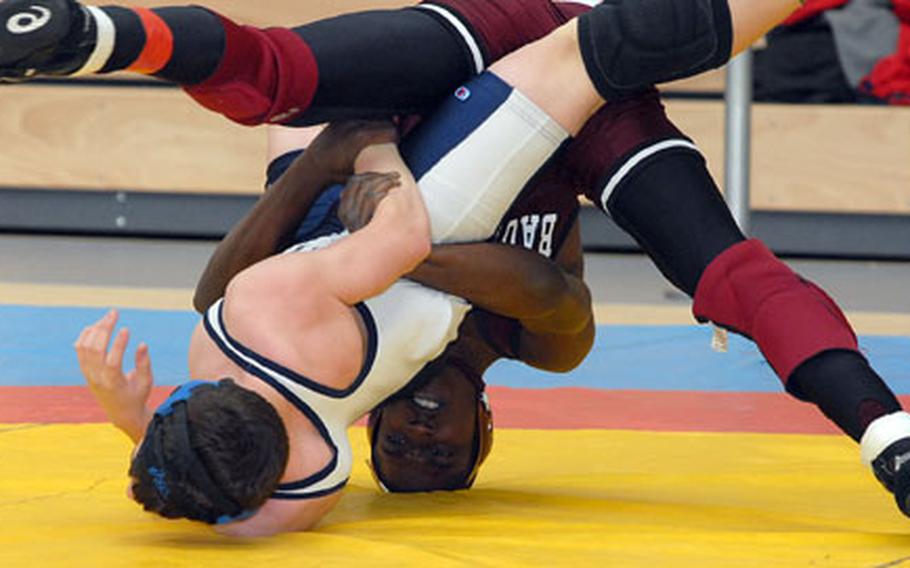 Despite being on his head, Baumholder&#39;s Michael Smith, back, sends Bitburg&#39;s Kyle Wells to the mat in an opening day match at the DODDS-Europe wrestling final in Wiesbaden, Germany, on Friday. Smith won the 140-pound match. (Michael Abrams / S&S)

Despite being on his head, Baumholder&#39;s Michael Smith, back, sends Bitburg&#39;s Kyle Wells to the mat in an opening day match at the DODDS-Europe wrestling final in Wiesbaden, Germany, on Friday. Smith won the 140-pound match. (Michael Abrams / S&S) 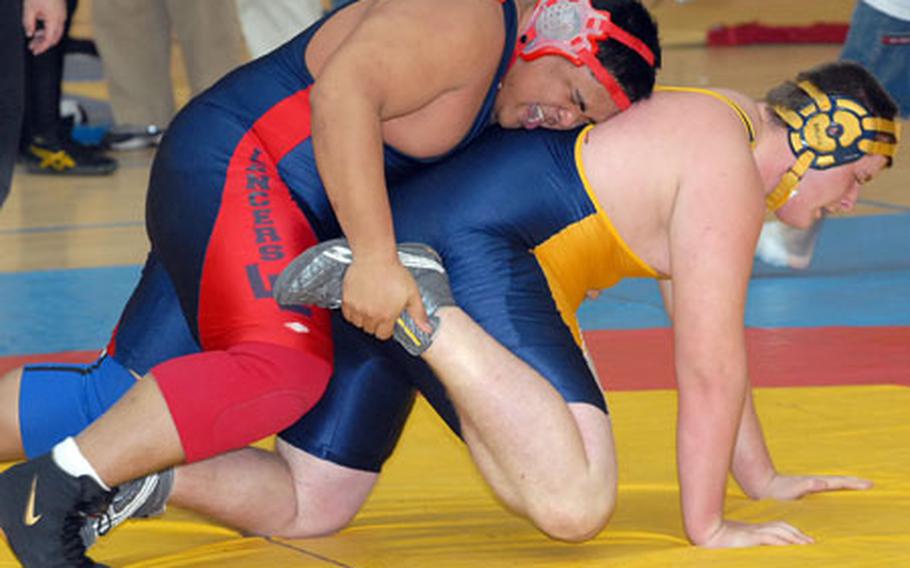 Chris Santos of Lakenheath, left, seems to have the better of Heidelberg&#39;s Jordan Fackler in a 285-pound match at the DOOD-Europe wrestling finals in Wiesbaden. Fackler turned the tables on Santos and won the match. (Michael Abrams / S&S) 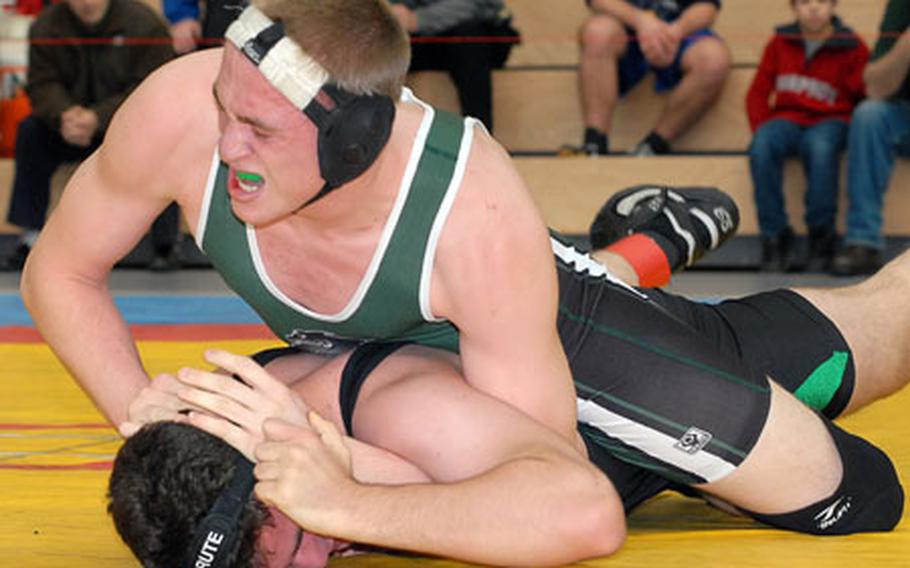 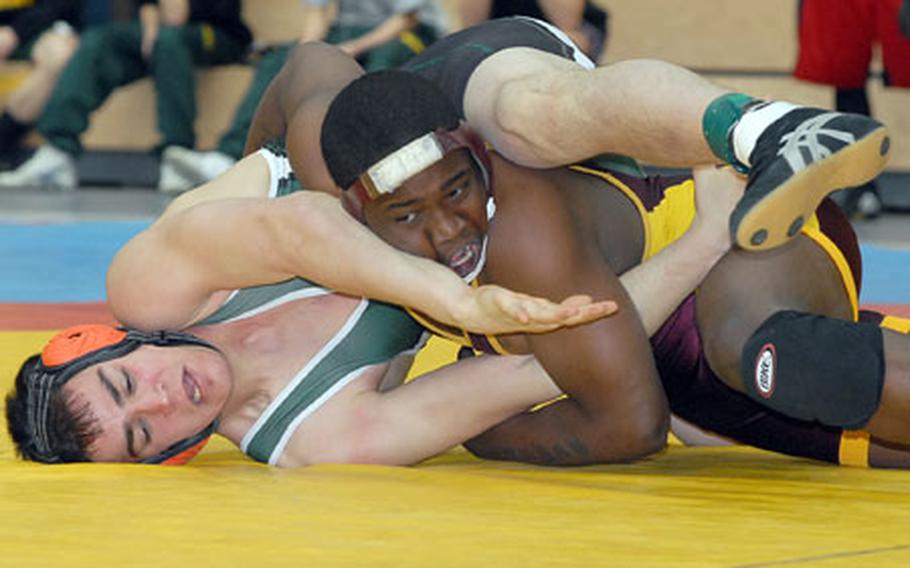 WIESBADEN AIR BASE, Germany &#8212; Wrestling may be classified as a winter sport, but a &#8220;fall&#8221; festival broke out Friday on Day 1 of the DODDS-Europe wrestling tournament.

Eleven wrestlers recorded four pins in their opening-round matches. Fifty-seven of the 73 matches that took place Friday were decided by falls.

Quickest of the bunch was Bitburg&#8217;s Jerry Archuleta, who scored his fourth fall of the day in 14 seconds over Logan Porchie of Naples at 103 pounds. Hohenfels&#8217; Eric Vandal was next at 160 with a 22-second pin of Matt Olson of Naples, his first of two sub-60-second outings of the day.

&#8220;I take the same approach to every tournament,&#8221; Vandal said of the event, which scheduled four round-robin matches on Friday and a fifth Saturday morning. &#8220;Conserve your energy and knock your man out as quickly as possible.&#8221;

Vandal&#8217;s strategy was also used by Ramstein 145-pounder Jon Peden, in his first European finals as a senior. He came to Germany this summer from Pennsylvania. Peden finished off his four foes in a combined 2 minutes, 56 seconds. Three of his falls came in under 60 seconds.

The round-robin format is intended to favor the best-conditioned contenders, and Heidelberg 215-pounder William Domko, who pinned all four of his opponents on Friday, felt his match against Ivan Linatoc of London Central proved the point.

James Ricks of Patch, one of three defending champions here, said he felt the pressure both of being a champion and wrestling at a higher weight than last year&#8217;s 103.

If all goes according to expectations, Ricks will face a fellow defending champion in the championship bout. Chris Campos of Naples, who won at 112 last year, is the leader of the other pool at 119. He collected two falls, a technical fall and a forfeit on Friday.

Trey Fortunato of Ramstein, the 119-pound champion wrestling at 135 this season, also enjoyed an unbeaten day. He posted three falls and a 7-2 victory over Nate Buckley of Patch.

A match worthy of the finals opened things Friday at 152, with Jeremiah Raveling of Ramstein pinning previously unbeaten Dameon Odum of Hohenfels in 2:22 of their group opener.

Today&#8217;s final round-robin matches begin at 9 a.m., with the top two pool finishers crossing over to the semifinals at 11:30 a.m.

Consolation bouts begin at 1 p.m., and the finals are scheduled for 4 p.m. Admission is $5 for adults and $3 for students.