Some wrestlers don't just win - they win with style 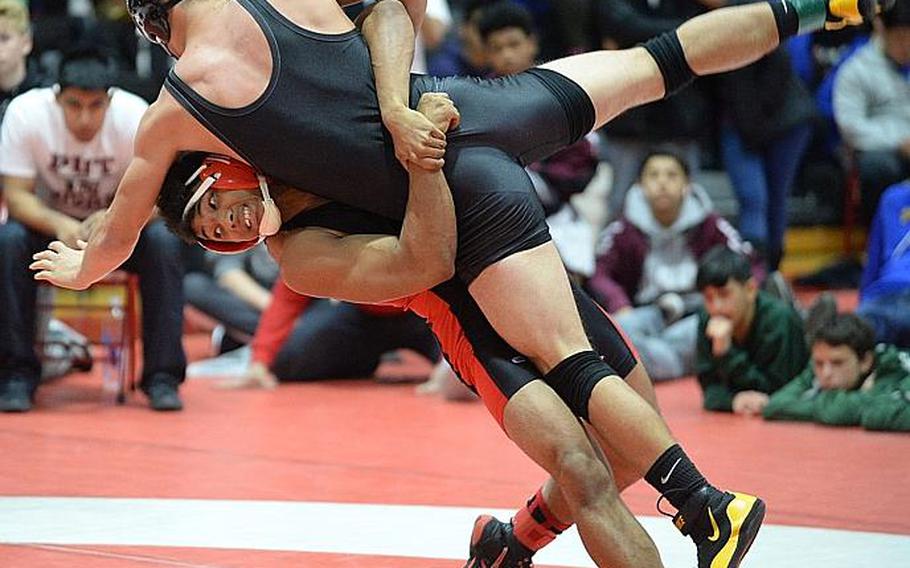 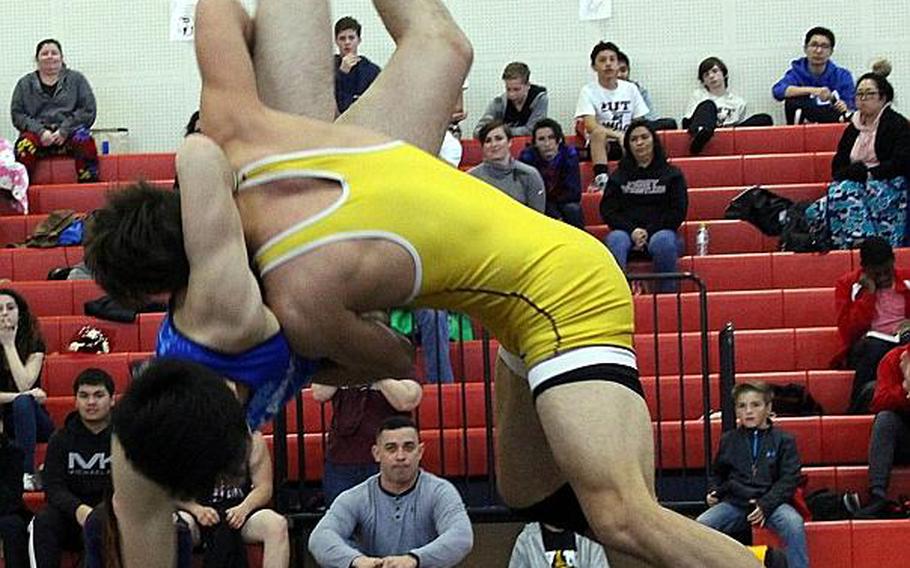 YOKOSUKA NAVAL BASE, Japan – It’s that occasional huge throw, a wrestler lifting an opponent completely off the mat, over his head, then tossing him aside like flotsam into a harbor, that makes one elbow the guy standing next to him saying, “Omigosh! Did you see that?”

Only during this Pacific high school wrestling season, there have been so many of them – five alone in the one-day “Beast of the Far East” three weeks ago, two during the 158-pound final – that they’ve almost become old hat, and could make those same spectators simply shrug.

The current crop of throwers has several coaches suggesting they may overtake the chase for individual titles and team banners as the highlight of this week’s Far East tournament.

“Anybody can be thrown (at 129 pounds) if you’re not careful,” Pak said of a weight class including three returning Far East champions, Kadena’s Demetrio Delarosa, Kinnick’s Lucas Wirth and Rio Lemkuil of four-time defending Division I champion St. Mary’s.

He agrees with Pak that 158 and 129 could be the deepest, strongest, best-contended weights at Far East.

In addition to Borrero, Swenson and Lane, St. Mary’s Ryo Sawa and Kubasaki’s Jacob McConville, among others, could contend at 158. “We have some seriously good athletes there,” Wilson said.

“That Edgren kid is as tough as nails,” Wilson said of Gomez.

In addition to breathtaking throws, there is the matter of contending for the six placements in the 13 weight classes. Team points are awarded on a 12-9-7-5-3-1 basis for the individual freestyle tournament, which spans the first day and a half of the event.

While individual wrestlers compete with each other regardless of division, team champions are crowned in Divisions I and II. St. Mary’s is trying for a tournament-record fifth straight D-I team title, and is currently second in total team titles with 16, trailing Kubasaki (25).

The dual-meet tournament follows, starting Friday afternoon and concluding Saturday at Kinnick High School’s gym with the championship meets in Divisions I and II.

On paper, the Titans trail host Kinnick “by a few points,” said St. Mary’s coach Shu Yabui, a former three-time Far East champion. “It will come down to us and Kinnick, a few of those weight classes, a few of those bouts,” he said.

“Every year, it always comes down to one match” and not necessarily involving a coach’s own wrestler, Wilson said. “We’ll be looking for a few upsets along the way.”