Soldier returns from Iraq just in time for golf tourney 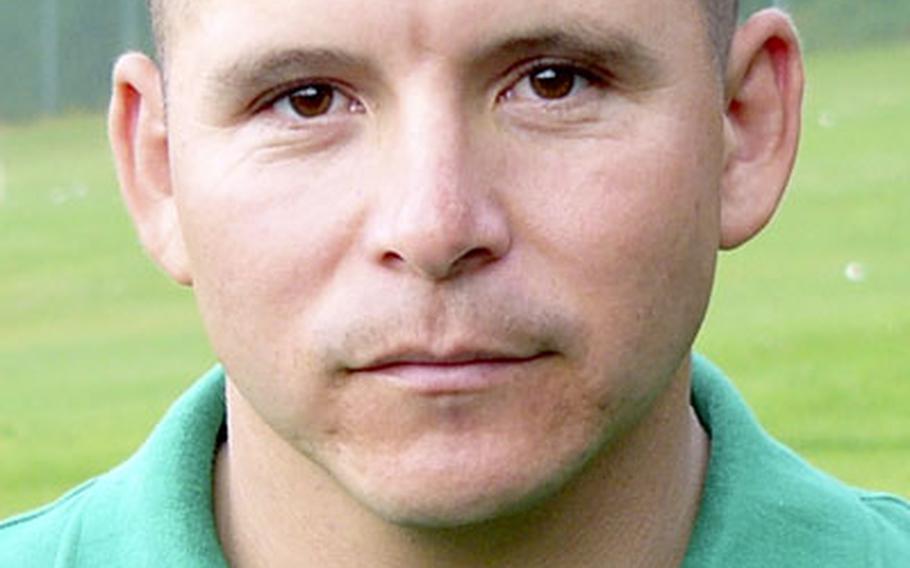 WIESBADEN-FRAUENSTEIN, Germany &#8212; Spc. Rogelio Renteria wasn&#8217;t about to allow a deployment to Iraq to cost him a chance to compete in the 2006 Army Europe golf tournament.

Renteria, a soldier in Company C, 40th Engineer Battalion, out of Baumholder who finished fourth in this event last year, grabbed a flight out of Baghdad in time to arrive for his Tuesday morning tee time, but just barely.

So nice that Renteria didn&#8217;t mind having to sleep in his car the night before the tournament after a late arrival Monday night from Iraq. Renteria arrived without civilian clothes or clubs, but none of that mattered.

A loan of clothes and clubs, and Renteria was back in the game.

Renteria even enjoyed Rheinblick&#8217;s vertical terrain and drew encouragement from his 82 on Thursday.