Servicemembers across the Pacific partied it up during Super Bowl 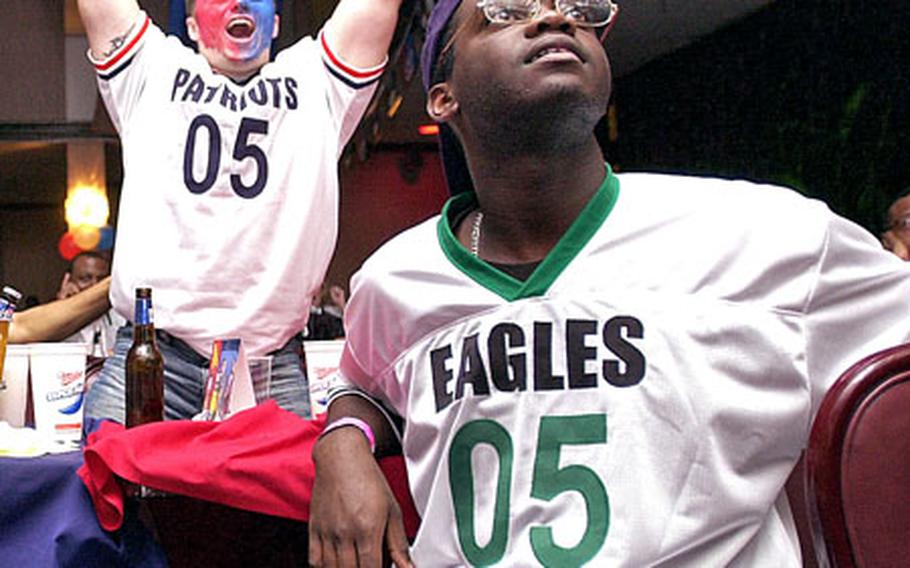 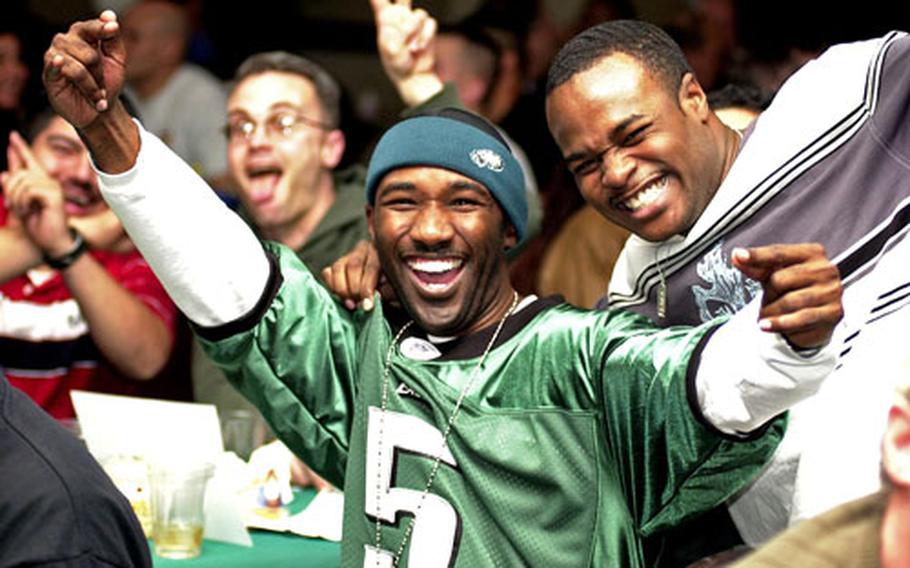 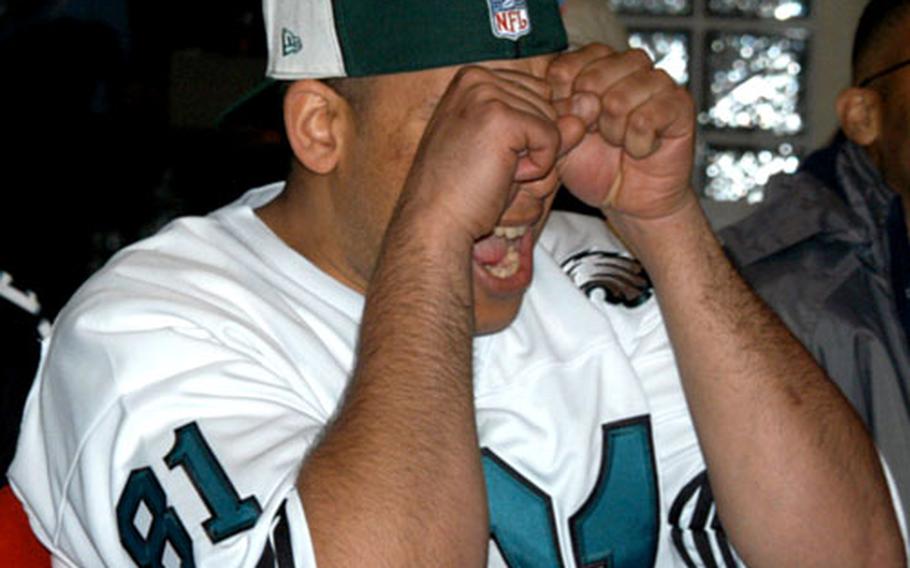 Pfc. Onaje Taylor covers his eyes during the final seconds of the Eagles’ loss on Sunday. Taylor, 26, of Atlanta, watched the Super Bowl at the Main Post Club on Yongsan Garrison in Seoul. (Teri Weaver / S&S) 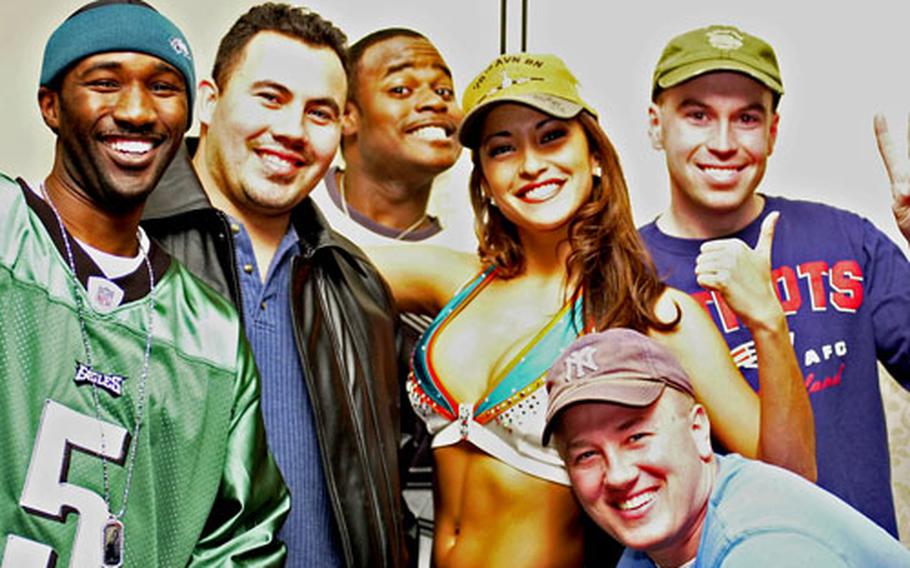 For a moment, Joseph Doswell, 41, must have remembered what it felt like to be the kid in the candy store.

He said the autographs were for his son, Brandon. For the Navy Chief Petty Officer assigned to nearby Atsugi Naval Air Facility, the cheerleaders &#8220;are increasing the morale of everybody here,&#8221; said Doswell, of Pensacola, Fla. &#8220;They didn&#8217;t have to come here. We don&#8217;t often get a chance to meet celebrities. We really appreciate their support.&#8221;

It was just one sample of Americana brought on Monday to servicemembers, civilians and family members at clubs and recreation centers from Misawa to Okinawa &#8212; and on ships at sea.

Thousands gathered around wide-screen TVs and plates of breakfast goodies to take in New England&#8217;s 24-21 victory over Philadelphia in the Super Bowl at Jacksonville, Fla. Contests, door prizes and giveaways highlighted the morning, from flat-screen TVs to round-trip plane tickets to the States.

At Kadena&#8217;s Rocker NCO Club on Okinawa, 500 spectators for a &#8220;50-Yard Line Party&#8221; received jerseys sporting the number 05 to commemorate the year. There and elsewhere, fans bantered over which team would win.

Fosque said she knew her family was crowded around a TV in her hometown of Philadelphia. She knew, she said, because &#8220;I call them every five minutes.&#8221;

In three Japan locales, cheerleaders added sparkle to the day, including those for the Oakland Raiders at Yokosuka Naval Base and for the St. Louis Rams at Misawa Air Base. They and the Dolphins cheerleaders were guests of each base and Armed Forces Entertainment.

Bob McKeta, Zama director of commercial sponsorship, said he&#8217;d been working since last February to bring cheerleaders to Zama; when the chance was offered three weeks ago, he said, &#8220;Send &#39;em!&#8221;

The cheerleaders seemed grateful for the opportunity.

Two lucky soldiers, Staff Sgt. Jonathan Cogun and Sgt. Sang Yi, each had their names drawn in a &#8220;King of the Quarter&#8221; contest, for which they won a pile of sports gear and restaurant coupons &#8212; and got to sit on a &#8220;throne&#8221; with three Dolphins cheerleaders on each side, Cogun in the second quarter, Yi in the fourth.

As was the case in the Patriots&#8217; previous two Super Bowl triumphs, the game went down to the final seconds, when Rodney Harrison intercepted his second pass of the game.