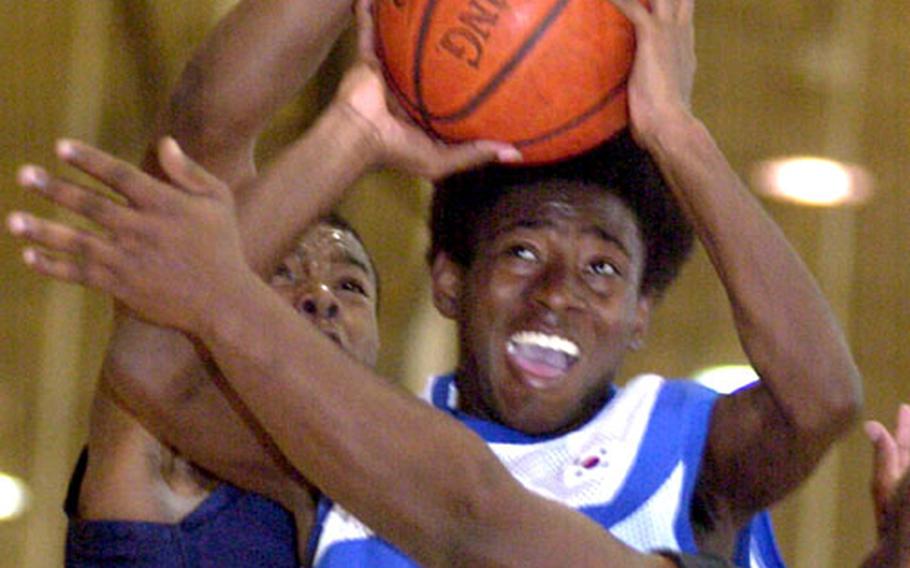 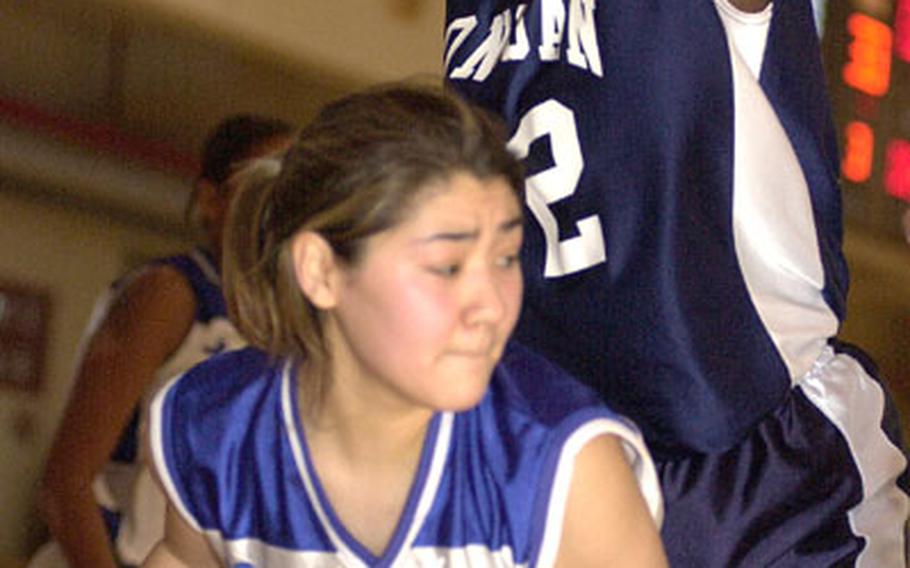 Seoul American senior guard Amy Bakameyer has her path to the basket blocked by Yongsan Runnin&#39; Rebels defender Teresa Moss during Sunday&#39;s game. The Falcons lost 50-48 to Yongsan, their second close loss to a Korea post team in as many days. (Dave Ornauer / S&S) 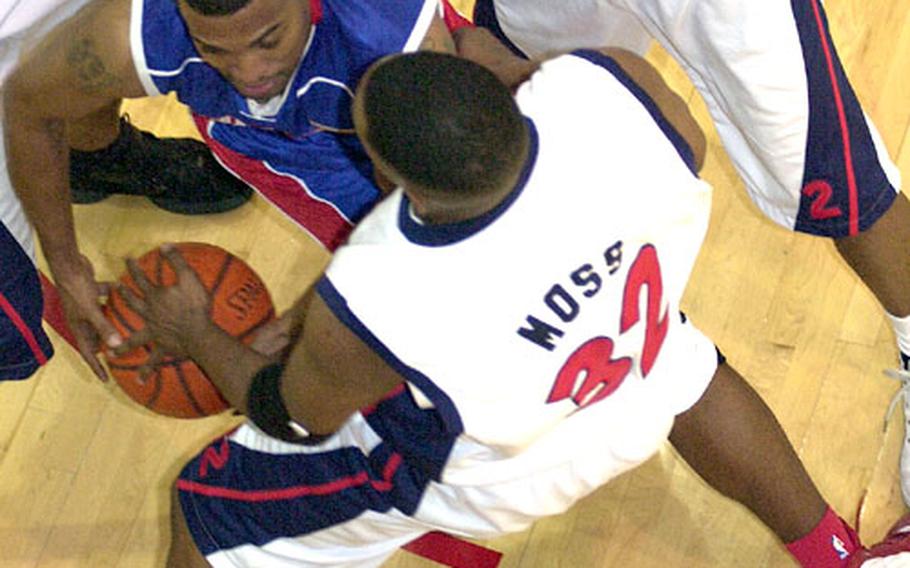 Clifford Claybrooks of Guam&#39;s Andersen Bombers and Ramon Moss (32) of Korea&#39;s Osan Defenders scrap for the ball underneath the basket during Sunday&#39;s game. The Defenders won 79-60. (Dave Ornauer / S&S) 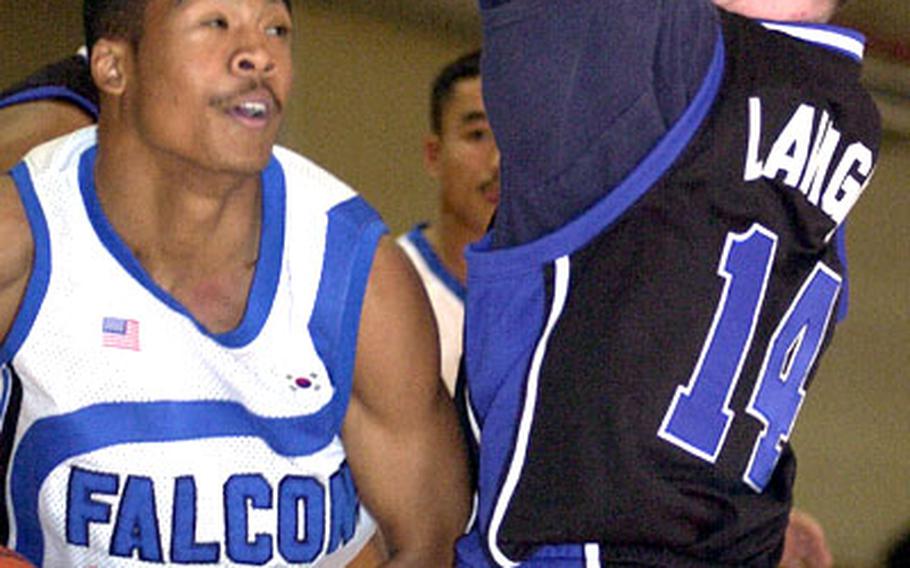 OSAN AIR BASE, South Korea &#8212; The Seoul American boys expected to come to the Osan Pacificwide Open Holiday Basketball Tournament to take their lumps and learn valuable lessons about the game, lessons administered by their adult counterparts.

But Falcons coach Steve Boyd and his team instead became the first high school team to beat a post-level squad since the tournament&#8217;s inception in 1987, routing Korea&#8217;s Suwon Trail Blazers 68-42.

Largely responsible for the victory was Boyd&#8217;s use of varying defenses.

After Suwon&#8217;s Josh Smith hit three quick early first-half baskets, Boyd put senior Phillippe Anglade on Smith in a box-and-one, and shut him down the rest of the half.

For an All-Air Force outfielder, Kazue &#8220;Jo-Jo&#8221; Dancer seems to be pretty fair at shooting a basketball, too.

Her scoring touch has helped the host Osan Defenders seize the early edge in the women&#8217;s portion of the tournament, winning each of their first three games.

Playing about half of each game, with coach James Wright giving everybody on his roster equal minutes, Dancer averaged 11.5 points per game as Osan downed Seoul American High 65-45 on Saturday and bested Camp Humphreys 52-43 on Sunday. Osan also beat Suwon Air Base by forfeit.

That&#8217;s a dramatic turnaround from the 1-5 start by Osan in Korea Traveling League play.

Dancer&#8217;s berth on the All-Air Force softball team came in her first trip to All-Air Force camp last summer at Peterson Air Force Base, Colo. She made the team along with Twyla Sears and Peni-Nicole Nery of Okinawa&#8217;s Kadena Air Base and Jamie Thompson of Misawa Air Base, Japan.

But Air Force fell short of the gold in the All-Armed Forces tournament, also at Peterson. The airmen lost the gold medal game 36-24 to Army on Sept. 17.

Wright half-jokingly says playing basketball is a way for her to keep fit for softball. But Dancer would like to take it a step further, and perhaps represent Air Force blue in both sports.

Duty might get in the way, she said, given the high operations tempo at Osan and the large number of Air Force personnel worldwide deployed in support of Operations Iraqi and Enduring Freedom.