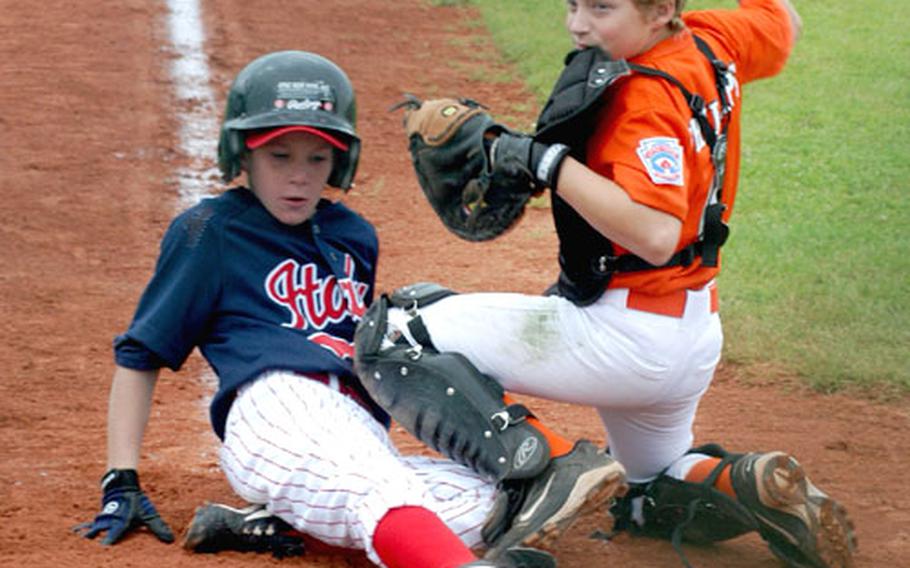 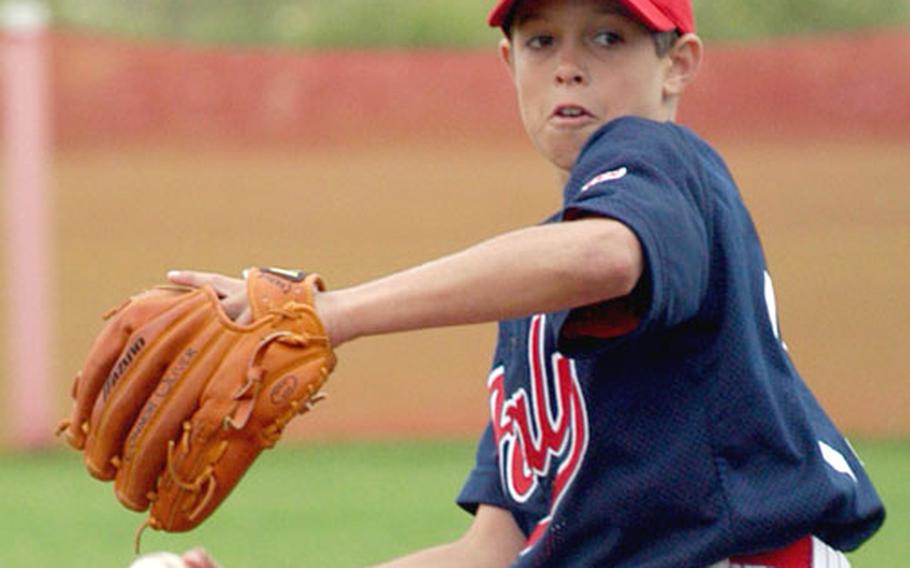 VILSECK, Germany &#8212; The team from Dhahran, Saudi Arabia, composed of sons of U.S. employees of the Saudi Aramco oil company, on Tuesday finished a clean sweep in the round-robin portion of the Trans-Atlantic Regional Little League tournament by defeating Rota, Spain, 14-0 in four innings.

Arabian-American will play fourth-seeded Brussels, Belgium, in the first semifinal, while second-seeded Ramstein, Germany, takes on No. 3 Rota in the second game.

Also on Tuesday, Ramstein took an early 7-1 lead and held on to defeat Brussels, 10-6; and Naples, Italy, overcame an early 1-0 deficit to beat Brunssum-Schinnen, Netherlands, 2-1, behind the 13-strikeout performance of pitcher Conner Oliver.

As for the favorites, Dhahran not only beat the other six teams in the round-robin, they shut them out &#8212; winning the six games by a combined score of 58-0. But Arabian-American assistant coach James Durley said his players weren&#8217;t thinking ahead to the Little League World Series later this month in Williamsport, Pa.

While Arabian-American went 6-0 in the round-robin, Wednesday&#8217;s other semifinalists all went 4-2. Ramstein earned the second seed through a tiebreaker by allowing the fewest runs. Since Rota had beaten Brussels earlier in the tournament, the kids from Spain got the third seed.

In Tuesday&#8217;s game, Ramstein jumped to a big lead against Brussels on the strength of a seven-run second inning, in which the players had four hits and drew four walks. Steven Burns&#8217; two-run double capped the inning.

Naples fell behind 1-0 when Brunssum-Schinnen&#8217;s John Westerfield doubled and scored in the first inning.

Oliver tied the game for Naples at 1-1 in the fourth when he singled, moved to third on a fielder&#8217;s choice and error, and scored on Doug Snyder&#8217;s RBI groundout.

Naples went ahead in the fifth when Derrick Rovito reached on a bunt and moved to second on a throwing error. He went to third on a sacrifice bunt by Schyler Folendore and came home on a hard grounder to shortstop by Zach Lilley.

Oliver, still pitching strong in the sixth, closed the door with three strikeouts, leaving Brunssum-Schinnen&#8217;s Jacob Reynolds stranded at second base with the potential tying run.

Reynolds pitched well for Brunssum-Schinnen. The left-hander allowed one hit, struck out four and walked one.