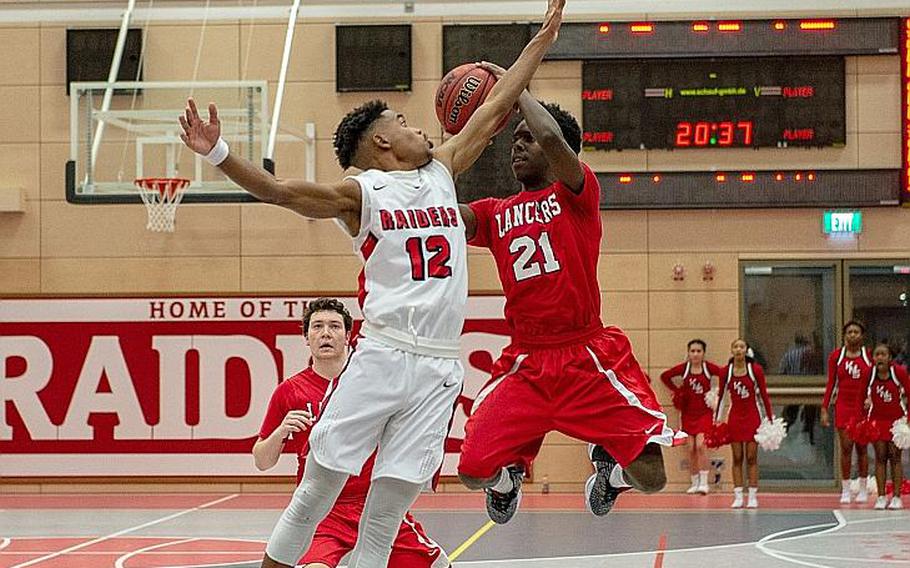 The DODEA-Europe Division I basketball races are heating up in February, led by two of the hottest teams on the continent.

The Ramstein Royals, chasing their fifth consecutive European boys championship, have conquered every opponent in their path in building a 10-0 divisional and 11-0 overall record, and the field is running out of opportunities to prevent a perfect Ramstein regular season. The last-place SHAPE Spartans draw that thankless assignment this weekend, while the Wiesbaden Warriors get the final shot on Tuesday.

Wiesbaden played the Royals as tough as anyone in a 67-61 loss at Ramstein on Dec. 4 and rattled off an eight-game win streak in response to that early-season setback. But the Warriors have faltered of late, dropping a 59-49 decision to the Kaiserslautern Raiders on Jan. 29 and taking a pair of tough losses to the Stuttgart Panthers last weekend.

Stuttgart visits Kaiserslautern this weekend in a key large-school boys doubleheader that should have a major impact on seeding. The games are the last Division I matchups of the year for Stuttgart.

The Stuttgart-Kaiserslautern girls matchup is even more intriguing, pitting the division’s established champ against this winter’s breakout team.

The two-time defending champion Panthers have cruised to an 8-1 start to the season, faltering only in a late-January doubleheader split with Ramstein. Stuttgart bounced back from that disappointment by throttling Wiesbaden by a combined 47 points over two games.

But that loss means Stuttgart is looking up in the standings at Kaiserslautern, which swept the season series from Ramstein with a 37-33 defeat of the Royals on Tuesday. The Raiders have run into trouble in the postseason in recent seasons; conquering the reigning champs this late in the regular season might set the stage for the breakthrough the team has been chasing.

Meanwhile, the dangerous Naples Wildcats are waiting to pounce after falling short in last year’s Division I girls championship game. Naples hasn’t seen much large-school action since December, when it split four Division I games, including a 40-27 loss to Stuttgart in a title-game rematch. But the Wildcats have feasted on local fodder since and should be ready for postseason rigors after this weekend’s set with reigning Division III champion Sigonella.